The cat under my feet almost made me stumble. I grabbed the wall so I wouldn’t land face first on the living room floor, the dark figure skittering away out of the corner of my eye. Our cat Smoky had the habit of walking under my feet, but when I turned to find Smoky, he wasn’t running away as I’d seen; he was asleep on the couch. I hadn’t almost stepped on a cat, but I had most certainly almost stepped on something.

Dark shadows occasionally skulking at the feet of every member of my family, and visitors alike, became more and more common at the old house in Orrick, Missouri. Often when any of us approached the front door, the small dark figure in the periphery seemed to be a cat, but when one of us looked to make sure we weren’t letting the housecat outside, nothing was there. 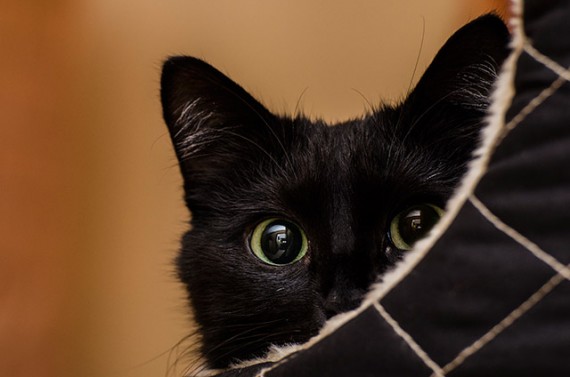 Smoky saw this dark shadow cat, too. We occasionally saw him playing with something that wasn’t there.

One of the most famous cases of a spirit cat is the Demon Cat of Washington, D.C. For more than 100 years, during a presidential election, or national tragedy (sometimes these can be indistinguishable from one another), people walking through the lower reaches of the Capitol Building have reported seeing a black cat that would grow to the size of lion before disappearing in mid pounce. 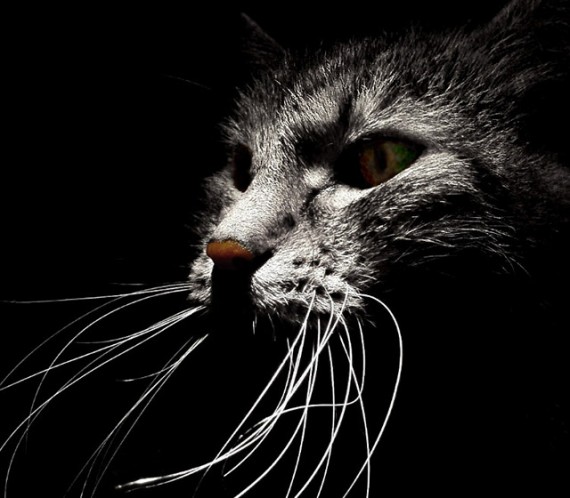 Laura Hotalling of Kansas City, Missouri, had her own encounter with a ghost cat at the 1886 Crescent Hotel in Eureka Springs, Arkansas, in 2001. Hotalling and a group of college friends drove from Kansas City to Arkansas for spring break.

“I grew up an hour away from Eureka Springs, so I had been down to the Crescent Hotel several times,” she said. On one trip in high school, her then-boyfriend encountered something during a hotel ghost tour. “He had an experience and freaked out and still will not go down there to this day. That was fifteen years ago.” She told her college friends this, and they wanted to go.

The group went down for a weekend to look for ghosts. The group and Hotalling’s dog Little Bear, a thirty-pound mutt about the size of a cocker spaniel, but looked like a Labrador. “I’ve had her my entire life. I never really kept her on a leash; she was one of those type of dogs. She always looked after me.” 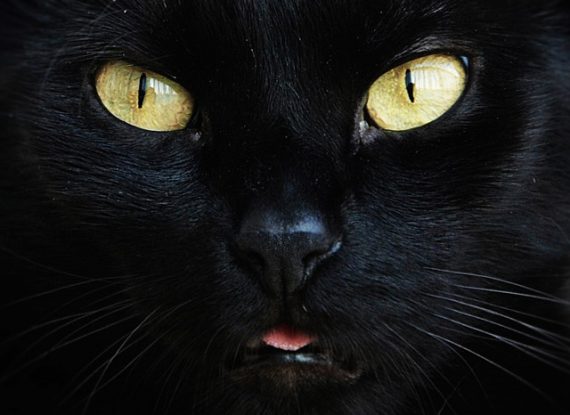 It was because of the dog that Hotalling knew she wasn’t dreaming.

As the group of college friends slept, the tags on Little Bear’s collar jingled, and she growled. “Which wasn’t like her. She was pretty easy going.” 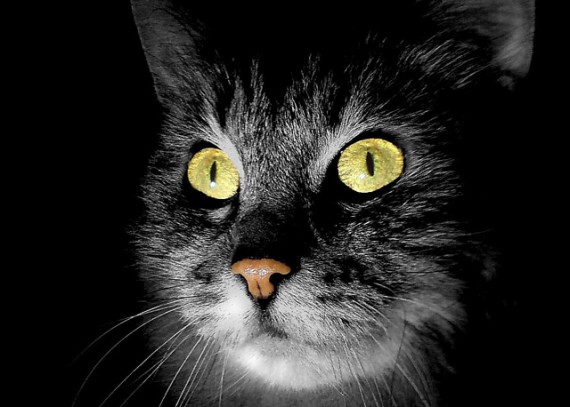 She rubbed her eyes and took another look. “The cat walked out of the mirror, jumped on the seat of the vanity, and walked through the wall.” As the cat stepped out of the mirror, Little Bear started barking. “The dog went nuts and woke up everyone else. That’s when I realized I didn’t dream it.”

There’s a legend of an orange tabby ghost cat at the hotel, but Hotalling knew what she saw, a black cat that can walk through mirrors. Her friends, however, were asleep when Little Bear roused Hotalling.

“They didn’t see it. I saw it, so I was the one who was terrified,” she said. “I’ve been down there since, but I haven’t stayed there. Since this experience with the cat I decided I didn’t want to stay there again.”