If you want to talk about ill-regarded sequels, dissecting the slasher movie genre is like shooting fish in a barrel. I may have mentioned this particular bugbear before and this probably will not be the last time, but who can forget (despite our best efforts) the preposterous sight of the once-terrifying Freddy Krueger donned in full Wicked Witch of the West garb promising one young victim, "I'll get you my pretty - and your little soul too!" Then there's Jason Vorhees unwise excursions to Manhattan, space and later Hell itself, not forgetting that Warwick Davis' Leprechaun visited 'The Hood' on not one but two occasions. It's interesting then that today's offering is in my opinion one of the most unfairly maligned horror movies of the 1980s - and both a sequel and a slasher movie in name only.

In the minds of series creators John Carpenter and Debra Hill, 'Halloween II' had completed the saga of Michael Myers to their satisfaction. It also happens to be one of the most direct sequels of all time with events taking place mere moments after the cliffhanger conclusion of the first installment, and following Laurie Strode to the hospital where Michael continues his rampage. Naturally given the huge success of the first two films, both the studio and the producers were eager to continue the franchise, and so the idea was mounted to turn 'Halloween' into an annual horror anthology series with each movie being a stand-alone story taking place on October 31st. 'Halloween III: Season Of The Witch' bares no connection to the Myers story apart from Carpenter's typically unnerving synth music score and the not-too-subtle inclusion of the original film playing on TV sets throughout. 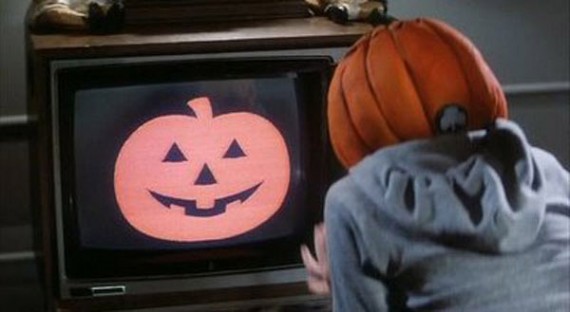 Our main character Dr. Challis (Tom Atkins) is tasked with investigating the death of store owner Harry Grimbridge. We see Grimbridge's final moments as he is pursued by a group of mute businessmen and seeks refuge in a gas station. There he collapses while holding a Silver Shamrock brand Halloween mask. The station attendant drives Grimbridge to the hospital, but while he lies in a hospital bed a further business man enters the building and kills him before emotionlessly and methodically destroying himself by setting himself on fire in his car. The station attendant informs Challis of Grimbridge's final words, repeated on his journey to the hospital: "They're going to kill us. They're going to kill us all!"

Grimbridge's daughter Ellie (Stacey Nelkin) asks Challis to assist her in discovering the circumstances behind her father's murder. They travel to Santa Mira, a small but prosperous town that seems to owe its entire fortune to the Silver Shamrock novelty company. We frequently (in fact, a little too frequently) see the company's omnipresent TV ad campaign for its Halloween masks, complete with an infuriatingly catchy jingle to the tune of 'London Bridge Is Falling Down' and the promise of a special broadcast on Halloween night complete with a 'big giveaway'. Challis and Ellie run into another family at their hotel, headed by Buddy Kupfer (Ralph Strait), a great admirer of Silver Shamrock and its seemingly charming owner Conal Cochran (Dan O'Herlihy).

The group take a tour of the Silver Shamrock factory and Ellie discovers to her shock that her father's car is there, though more of the same men in suits (which Challis will soon discover are in fact robots) are there to prevent her from investigating further.  After returning to their hotel, Ellie is kidnapped. Challis correctly assumes that Cochran is behind her disappearance and breaks into the factory where he too is taken prisoner by the robots and Cochran (like a true Bond villain - something he resembles in many ways) reveals his diabolical plan. He explains his wish to return Halloween to the darker aspects of its roots in the Gaelic festival of Samhain. Every Silver Shamrock mask contains a computer chip which will become activated during the Halloween broadcast, killing the wearer. Can Challis find Ellie and stop Cochran's evil scheme before its too late?

History has sadly proven that audiences will not accept a movie under the 'Halloween' banner that doesn't feature Michael Myers pursuing teens and from 'Halloween IV: The Return of Michael Myers' on through the more recent remakes we've had an endlessly deteriorating string of sequels and reimaginings that all tread basically the same ground. Its a pity that the more creative direction offered by 'Halloween III: Season Of The Witch' didn't resonate with audiences and at the time the film was seen as a commercial and critical disappointment, though has come to be reappraised more favorably in recent years. Interestingly 'Trick 'R Treat', another movie that features an anthology of stories all taking place on October 31st, was one of the most acclaimed horror films of recent years.

Much of any modern audience's tolerance for 'Halloween III' will hinge on the suspension of disbelief regarding Cochran's bizarre and tasteless plan. Critics including Roger Ebert made a point of addressing the overall futility of killing a bunch of children to make some sort of misguided point about Samhain. The fact that secretly transporting part of Stonehenge to America also figured in his scheme just adds to the incredulity of the whole thing. I think the best way to view Cochran is simply as an embodiment of evil - what could be more evil than wanting to kill children? - and not to think too hard about his motives or final intentions. Dan O'Herlihy's performance is excellent if perhaps a little broad for some tastes - in many ways he reminds me of a more sinister Montgomery Burns from The Simpsons. Either way, its hard not to root against him given that we already know that his plan, if implemented, will work thanks to what is no doubt the film's most controversial moment and one that is likely to put off some viewers.

Buddy Kupfer and his son are given an advance screening of the Halloween night special during their tour of the factory, and surprisingly we see Buddy Jr's horrible death in full, albeit with him silent and wearing his mask throughout. The rest of the movie's scares are generally less graphic than the rest of the 'Halloween' series, although we are treated to some great practical effects, particularly on the robots. The use of the Silver Shamrock jingle as a means of counting down the days and reminding us that time is running out is very effective, and as already mentioned John Carpenter's score is as chilling as ever.

If you've skipped over 'Halloween III: Season Of The Witch', I urge you to give it a shot. While fans are correct to not consider it a true part of the 'Halloween' canon, it is a tense, exciting and well made thriller in its own right and deserves to be seen by at least once by any fan of the genre. 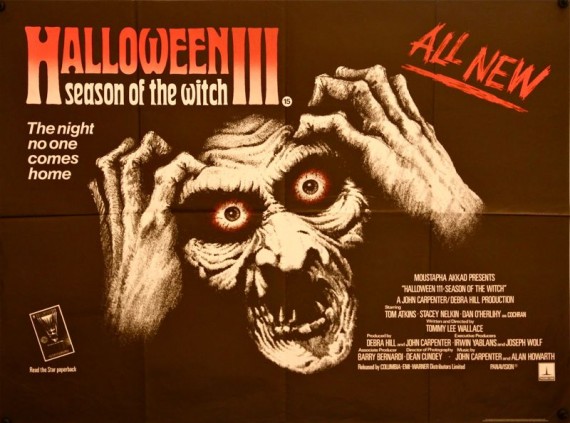 The Perils of a Pet Cemetery