These days its a given that if a film can have a sequel, if the numbers are right and the money is there, it most certainly will. Things were very different in 1960 however, when Alfred Hitchcock's original 'Psycho' shocked audiences and became one of the most well remembered and iconic horror movies of all time. Restlessly productive as ever Hitchcock moved on to other projects and his star, Anthony Perkins continued to act though he struggled to escape the shadow of Norman Bates, the role for which he would always be most recognized.

Fast forward 22 years and the slasher movie genre is at the height of its success. 'Psycho''s reputation has only grown in the intervening years and Bates has come to be regarded by many as cinema's first ever slasher villain. The timing seemed perfect for his return - but could a belated sequel possibly live up to the expectations set by the late Hitchcock's masterpiece?

In a strange case of art imitating life, at the time Robert Bloch, the author of the original 'Psycho' novel (upon which the film was based) published a sequel in which Bates escapes the asylum where he is being held and heads to Hollywood where a movie is being made chronicling his crimes. The novel was intended as a satire of the slasher trend - the very trend that Universal Pictures was hoping to capitalize on - so unsurprisingly executives decided to commission their own script rather than use Bloch's book as the source material.  Director Richard Franklin was hired, largely due to the fact that he had studied under Hitchcock, and he in turn hired 'The Beast Within' writer Tom Holland to pen the screenplay. Anthony Perkins was initially reluctant to return as Bates, but relented once it became clear that 'Psycho II' would be made with or without him. Assistant director of the original film, Hilton A. Green also returned to co-produce creating a further link to the past. Despite this, nothing could persuade purists either then or now that without Hitchcock in the director's chair, a sequel could be worthy of anything but derision. 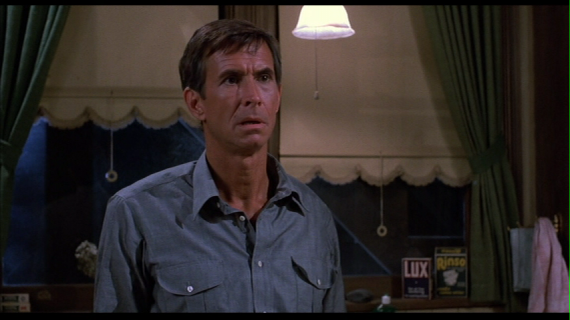 Taken on its own merits however, 'Psycho II' is a surprisingly good film with many effective moments of suspense. Norman has been released from the mental institution after 22 years of incarceration and is returned to the Bates Motel, currently being managed by Warren Toomey (Dennis Franz). Norman's release is protested by Lila Loomis, sister of Marion Crane from the original movie, but her pleas go unheeded and Bates is assigned a busboy job at a diner near his home. He befriends a troubled young waitress, Mary Samuels (Meg Tilly) who informs him she has nowhere to stay since her boyfriend has thrown her out. Bates invites her to stay at the motel, but after work he soon learns that Toomey has basically turned the place into a sleazy dive for illicit encounters. Furious, he fires Toomey who the next day turns up at the diner looking for a fight and loudly questioning Norman's sanity. That night as he prepares to move out, Toomey is stabbed to death with a large kitchen knife by a figure in a black dress.

Soon after a teenage boy sneaks into Bates' cellar with his girlfriend, believing the house to be abandoned, and meets the same fate. The girl escapes and calls the police. Norman, meanwhile, has begun to receive phone calls and notes from someone claiming to be his mother. While painting the motel, he sees what appears to be her shadow in a bedroom window and heads up to investigate. After looking around his mother's bedroom, which remains unchanged after all these years, he moves on to locate the source of noises that he hears coming from the attic. Somebody locks him in and there he remains until he is found by Mary. The local sheriff arrives to question them about the boy in the basement, though he finds no sign of any struggle and Mary maintains that no murder has taken place, later telling Norman that she felt she couldn't allow him to be arrested and taken away again. Nevertheless, the two both seem to fear that Norman has begun spiraling into insanity once more. 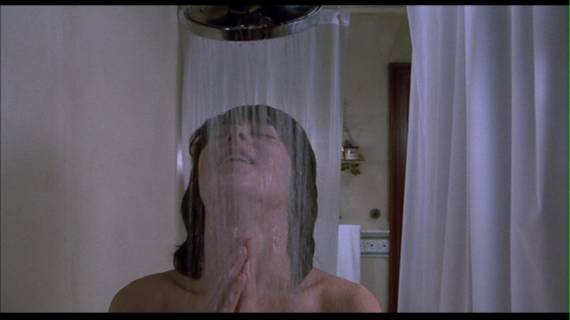 To summarize any further would mean spoiling the movie's twists and turns, some predictable and some surprising. Perkins is superb throughout, with a performance that perhaps even tops the one he gave in the original as his character is expanded upon. Of course this too will divide audiences as many people prefer their monsters (and their motives) to stay in the shadows. At several points throughout the movie, we feel sympathy for Norman as he struggles to return to a quiet, normal life. While his descent into madness seems inevitable, for the majority of the film we are left to decide whether someone is preying on his past to push him over the edge or if his psychotic tendencies never really subsided at all.

It's claimed that the studio originally wanted Jamie Lee Curtis (being as she's the daughter of Janet Leigh) to play Mary, creating yet another link to the original film,  though Meg Tilly does a fine job. The film has lots of logically unsound contrivances (not least of which is Bates release and the highly dubious wisdom of returning him to the scene of his crimes) and your enjoyment will depend on how willing you are to suspend your disbelief. Thankfully Mary is both likeable and played naively enough that her decision to stick around and seemingly protect Norman (rather than the infinitely more sound option of running for the hills) can largely be overlooked. 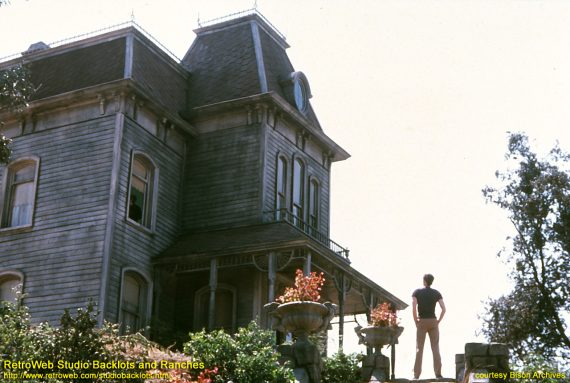 While 'Psycho II' never had a chance of attaining the praise lauded on its trailblazing predecessor, it is very much worth seeing for its more creative turns and is impressively bold about advancing the story rather than merely paying tribute to what had gone before. A further (largely forgettable) sequel, a prequel, an utterly worthless shot-for-shot remake and an alternately tedious and unnecessarily graphic TV series, the currently airing 'Bates Motel', would follow cementing Bates reputation as the original slasher villain with the seemingly requisite curse of diminishing returns. I'd argue that after 'Psycho', 'Psycho II' is the best Bates vehicle by far and is very close to a must-see. 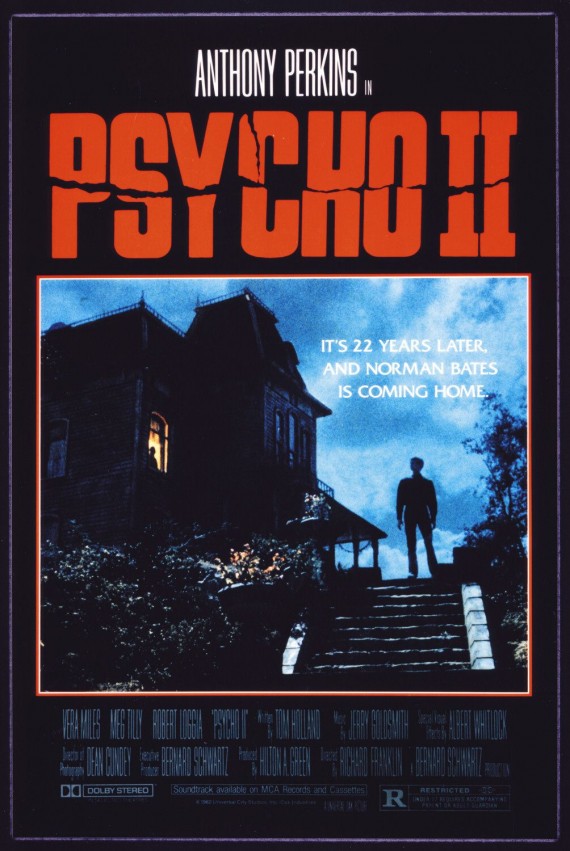