Am I the only one who wishes Rosemary Brown was still alive, and rather than channeling new works from classical composers, she now focused on channeling new music from members of the 27 Club?

Brown, who died in 2001, made headlines throughout her life by allegedly channeling new compositions from composers such as Debussy, Beethoven, Stravinsky, Bach, Brahms, and others. She even put out an album of the new compositions in 1970.

Meanwhile, modern music fans have had to go decades without new music from 27 Club, sometimes called the Forever 27 Club, members like Jimi Hendrix, Janis Joplin, and Nirvana’s Kurt Cobain, all of whom died at the age of 27. Someone like Brown could have made millions of music fans like myself very happy by continuing the work of these brilliant musicians. 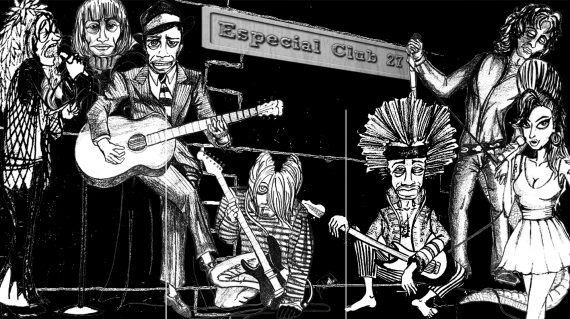 One of the odd things about Brown’s ability to channel new music from dead composers, which she would transcribe onto paper. She claimed some composers would dictate the notes to her, others would sing them to her, and some even guided her hand during the writing process. 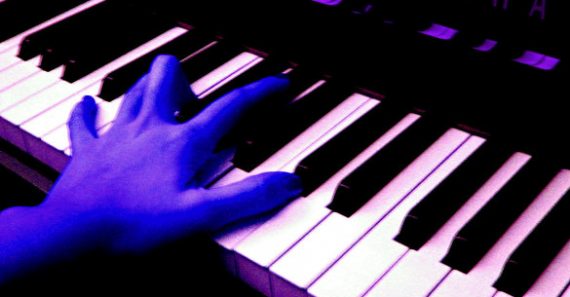 Brown claimed she first made contact with a composer when she was a young girl, when Franz Liszt appeared to her and told her he would make her a famous composer. She said Liszt did not appear to her again until she was an adult. Shortly thereafter, the other composers made their spirits available to her for composition writing.

Naturally, some were skeptical of Brown’s ability, claiming some of the work was merely a reworking of existing material by the composers, and others claimed Brown’s psychic compositions were far too simplistic to be attributed to some of the greatest classical composers of all time.

Kurt Cobain was no Beethoven. So who’s to say she would not be able to channel new songs from the prince of grunge that she could write down and present to Krist Novoselic and Dave Grohl to be turned into a new Nirvana album. What better way to celebrate the 20th anniversary of the band’s album, In Utero, than with brand new music written by Cobain himself?

Perhaps even more interesting, would be new material from Robert Johnson, who was notorious during his lifetime for having possibly made a deal with the devil in exchange for his musical abilities. The rumors began after a young Johnson was tutored by the likes of blues great Son House, but was never able to get it. In fact, other blues players often ridiculed him for his inability to play. He then disappeared for more than a year, only to return with enough guitar talent, and great songs, to blow the greats of the day off the stage. He furthered the rumors about his sudden success by never denying the accusations, and then eventually writing the song Crossroad Blues, in which he makes a deal with the devil in exchange for talent. I for one would like to hear what kind of songs Johnson is writing in the afterlife, even if the songs had to be channeled through the pen of Rosemary Brown.

Brown reportedly had several children, and her own ancestors were said to have shown some psychic abilities, so perhaps one day soon we will be treated to new compositions from contemporary pop music artists via one of Brown’s descendants. If such a thing happens, and they aren’t able to communicate with any of the 27 Club musicians, I’d be more than happy for them to channel former AC/DC frontman, Bon Scott, who died at 33, and work with the remaining members of the band to put out one more album flavored with the spirit of the band’s most charismatic lead singer. Perhaps Scott himself was hoping to one day communicate with Rosemary Brown after his death. He did write a song called Whole Lotta Rosie after all.

If nothing else I’d love to be able to listen in on Rosemary Brown taking musical dictation from Frank Zappa, also not a member of the 27 club, just so I can hear him get agitated when she doesn’t copy it down perfectly, and then see his ghost storm the room when she flubbed it up on the piano.


Of course, this is all just wishful thinking on my part. If you want to check out music Brown allegedly channeled from the greats, you can still find copies of her album The Rosemary Brown Piano Album, or one of her three books, Unfinished Symphonies: Voices From Beyond (1971), Immortals at my Elbow (1974), and Look Beyond Today (1986).
[youtube]http://www.youtube.com/watch?v=EcraiFro0x8[/youtube]