Within the community of believers in the paranormal and extraordinary human powers, the name James Randi is a divisive one. The Amazing Randi, as he was once called, has made it his mission to debunk the claims of psychics, astrologers, and others, and has drawn the ire of many because of it. Like him or not, the community of believers needs people like Randi to keep concepts of reality clearly in focus while exploring claims of the supernatural.

The James Randi Educational Foundation famously offers a $1 million prize for anyone claiming to have special abilities who can prove it under strict conditions designed to prevent the kind of shenanigans for which psychics and the like are known. The challenge was first issued in 1962, according to the JREF website, with a prize of $1,000, and supporters of the idea contributed to the prize total bringing it to its current $1 million amount. To date, more than 1,000 have applied to accept the challenge, and no one has succeeded. 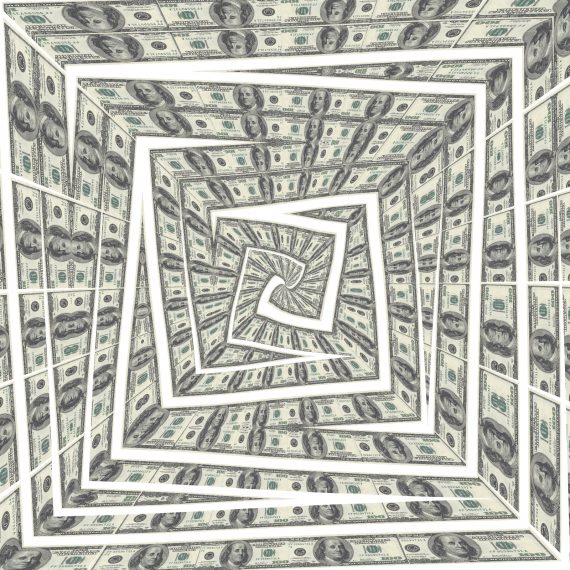 No one has even made it as far as actually performing their gifts in the final stage of JREF’s proposed controlled conditions, because both sides always reach a stalemate when negotiating the details of what those controlled conditions actually entail, or fail during preliminary testing, according to the FAQ section dedicated to the challenge. JREF insists on conditions that prevent trickery leaving claimants to rely entirely upon their alleged powers, while applicants insist on conditions JREF believes open the door to cheating.The strict conditions are the result of Randi’s history as a stage magician, which gives him decades of experience in fooling people. So he knows the tricks of the trade.

Applicants and their supporters often claim the conditions outlined are so stringent the test itself is designed to ensure their failure. Others have expressed concerns over the rules governing what Randi and the JREF can do with the information gathered during a testing situation, claiming it allows Randi to do whatever he wishes with any data collected –– including publicly humiliate them. Many also bemoan the fact that JREF allegedly doesn’t allow attorneys to be involved in the negotiations before testing even occurs.

The standoff between parties has led some to allege the $1 million Challenge is little more than a publicity gimmick aimed at garnering more donations for the JREF rather than being a means to proving, or disproving, extraordinary human talent.

The situation is reminiscent of a multi-million-dollar standoff over testing methods between two professional boxers, Floyd Mayweather, Jr., and Manny Pacquiao. Several years ago the two were the titans of their division and millions, reportedly more than 50 of them, were on the table for the fight every boxing fan wanted to see. The fight never happened because Pacquiao refused to agree to stringent, Olypics-style testing for performance enhancing drugs. This led to finger-pointing from both sides, with Mayweather’s camp alleging Pacquiao was using PEDs, and Pacquiao’s camp claiming Mayweather was just afraid to fight. Eventually, attorneys did get involved in this matter when Pacquiao sued Mayweather for defamation over his drug allegations. The case was settled out of court.

When it comes to testing those who claim to have special powers, I think we all want to see those talents proven under the strictest of circumstances to validate things we believe in that fall outside the norm. In that regard, offers like the JREF $1 Million Challenge are vital when it comes to legitimizing the world of the paranormal and supernatural. It’s just a shame the standoff between the parties in this particular case, has prevented any real fruit from being produced. 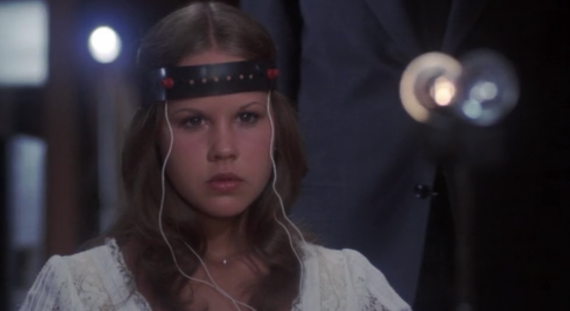 What makes the JREF challenge differ from what one might see in a typical scientific laboratory, where scientists make the rules and govern the testing, is Randi’s knowledge of illusion and tomfoolery. Most scientists don’t know how to convincingly bend a spoon with their mind in front of an audience, whereas the former magician does. Any scientific testing of special powers should also include someone like Randi to spot the possibility of trickery being used to fool researchers.

When it comes to the JREF $1 Million Challenge, whether it is simply a PR stunt for a foundation that relies on donations, or if it is a legitimate call to psychics and others, it will likely be challenges like these that ultimately prove or disprove the legitimacy of extraordinary claims.

That, my friends, is why people like James Randi and their inherent skepticism are important to the community of believers. Until a skeptic who is respected outside the world of believers is convinced, those who believe will always remain on the fringes of society and the butt of jokes. Only then will the majority of people stop rolling their eyes the moment a believer mentions words like “psychic.”

Just for sport, below are a few examples of applicants who attempted to accept the $1 Million Challenge, but never got to perform as the process broke down during negotiations.

Pavel Ziborov: Ziborov applied for the $1 Million Challenge claiming he could identify photographs that are sealed in envelopes. After lengthy negotiations over testing protocol, Ziborov withdrew his application. He claimed JREF made the process unnecessarily complicated. Ziborov’s ordeal became a high-profile attempt among online communities. It also drew a lot of flack toward JREF for their stipulations.

Eileen McKusick: McKusick claimed to be able to use tuning forks to find the source of pain in chronic sufferers. After submitting her application and receiving the proposed protocol for the testing, McKusick asked for more time to prepare. She later withdrew her application. McKusick continues to perform therapy using tuning forks. To date, she has not reapplied to participate in controlled testing of her skills.

Patricia Putt: Putt is among the few applicants to make it all the way to the preliminary testing phase of the JREF challenge. Putt claimed she could perform psychic readings for random individuals, and agreed to the stipulation of writing down her readings, rather than saying them aloud, and then making her readings available to those for whom she read, and they would then select the reading that applied to them from her writings. In the preliminary test, none of the volunteers were able to identify their readings as being applicable to them. The case was then closed by JREF. Putt continued to try proving her powers under testing conditions, and cheers to her for having the guts to continue trying to prove her talent under strict conditions. She participated in testing with another psychic, Kim Whitton, for Goldsmiths University in November 2012. The results were similar to the JREF testing results, although there were some “hits” during these tests.

Tyrone Cahoon: Of course, JREF gets applications from people who make such outrageous claims, it’s impossible to take them seriously. Cahoon, who JREF refers to as Tyrone Shoelaces, the fecal magician, is one of those applicants. Here’s his claim:

I have a very unique skill that has come in handy many times, I have used it many times at friends houses also people call me when they need me to do it!!!

If you dare I will accpet (SIC) your challenge. This is an idea of what I can do!!!!

I can manipulate objects from another room!!!

This is what happen.

I can plug up the toilet and have turds floating in it and make them disappear, by only locking my magical dog in the bathroom. This has been verified many times at friends houses.

I dare you to explaine (SIC) how this happens!!! I can send pictures if you want!!! And i can prove this ANY time, I will be lad to video tape this and set up thermal cameras and night vision.

SO HOW DO I GET PAID? I NEED THE DETAILS AND STUFF? I would like my money in cash small bills only. Answer back soon or I will think that your trying to rip me off!!!!!!
-Tyrone

Edit: We received an email from Mr James Randi himself who said that "No person named Tyrone Cahoon has ever applied for the JREF prize". We thank him for the correction.

You can read more applicant claims and how their cases panned out at the JREF Forum. 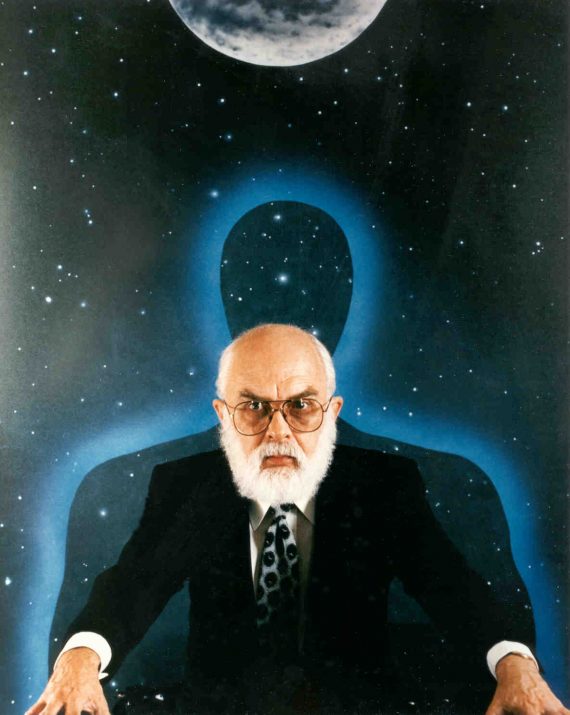 James Randi has an international reputation as a magician and escape artist, but today he is best known as the world's most tireless investigator and demystifier of paranormal and pseudoscientific claims.

Randi has pursued "psychic" spoonbenders, exposed the dirty tricks of faith healers, investigated homeopathic water "with a memory," and generally been a thorn in the sides of those who try to pull the wool over the public's eyes in the name of the supernatural.

He has received numerous awards and recognitions, including a Fellowship from the John D. and Catherine T. MacArthur Foundation in 1986, a Lifetime Achievement Award from the American Humanist Association in 2012, and a Lifetime Fellowship from his peers at the Academy of Magical Arts.

On October 19, 1993, the PBS-TV "NOVA" program broadcast a one-hour special dealing with Randi's life work, particularly with his investigations of Uri Geller and various occult and healing claims being made by scientists in Russia.

He is the author of numerous books, including The Truth About Uri Geller, The Faith Healers, Flim-Flam!, and An Encyclopedia of Claims, Frauds, and Hoaxes of the Occult and Supernatural. His lectures and television appearances have delighted — and vexed — audiences around the world.

In 1996, The James Randi Education Foundation was established to further Randi's work. Randi's long-standing challenge to psychics now stands as a $1,000,000 prize administered by the Foundation. It remains unclaimed.