There's absolutely no doubt that today, across the entire planet, whole swathes of the population have become obsessed with - and fascinated by - all-things of a zombie nature. And there's no doubt that much of that same obsession and fascination has resulted from the phenomenal success of The Walking Dead. There is probably not a single person who watches the show who hasn't wondered at least once: could it really happen?

Well, as much as I love The Walking Dead, I'm not going to waste any time worrying about the recently deceased rising up and attacking the living. But, the idea of a global pandemic taking out significant portions of the population is not so unlikely, at all. In fact, just such a catastrophic event happened less than 100 years ago. 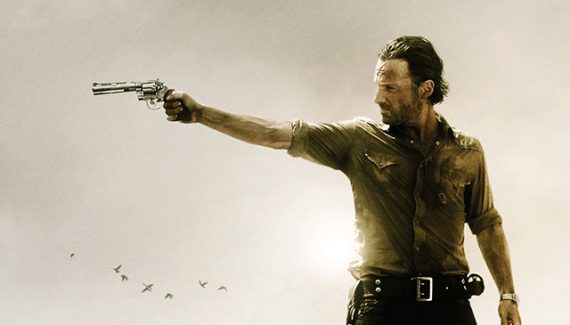 To have an understanding of just how quickly a real zombie apocalypse might take a solid, unrelenting grip on the Human Race – and ultimately decimate it – it is necessary to take a leap back in time to 1918, when one of the most devastating viral outbreaks of all time occurred. Such is the speed with which the past soon gets forgotten, however, many are completely unaware of the catastrophic events that saw the rise of a deadly virus and tens of millions dead from infection.

It is the horrific affair of what has become infamously known as Spanish Flu. This was no normal kind of flu virus, however. Rather, it was one that mutated to such a degree that practically no-one on the planet was immune to, or safe from, its deadly wrath.

In 1914, the First World War began and led to millions of deaths all across battle-scarred Europe. The carnage finally came to its end in 1918, when Germany was finally defeated by Allied forces. Since, however, the first wave of infection began in early 1918 - when the war was still being fought – its scale, and its attendant implications for the Human Race, went by largely unnoticed. That is, until it was all too late. 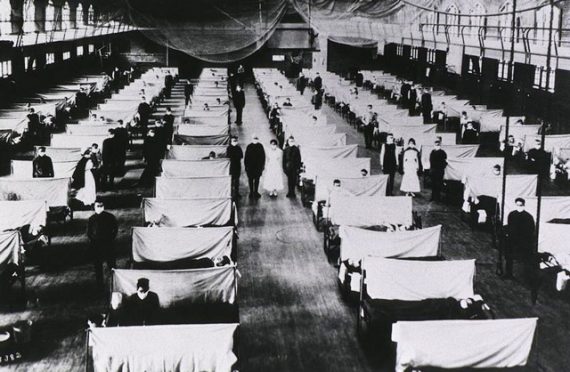 As is often the case in zombie-themed TV shows and movies, the origin and the eruption of the outbreak are matters of deep controversy and mystery. Such was exactly the case with Spanish Flu. Interestingly, and also paralleling established zombie lore, there were suspicions on the part of Allied soldiers that it was all the work of dark and secret experimentation. There was an undercurrent of belief that the Germans had created a deadly virus and then, using carefully placed agents all across the planet, unleashed it to wipe out any and all enemy nations.

And there is another zombie-based angle, too: when infection from Spanish Flu set in, its effects could be seen in mere hours. Profuse bleeding from the mouth and nose was typical. A raging fever and pneumonia-like symptoms soon overwhelmed the infected. Death was not far behind. In fact, just about the only thing missing was nightmarish reanimation.

What is known for sure about the outbreak is that military personnel in training camps in Kansas, USA were among the very first victims. This has led to a theory that Spanish Flu had its origins in the Kansas-based Fort Riley, where chickens and pigs were bred by the military for food. It is suspected in some quarters that a form of avian flu, present in the chickens, may have “jumped” to the Human Race, thus resulting in the chaos that soon followed.

Certainly, it would not be long at all before the rest of the world was in the icy grip of the deadly virus: parts of South America, Asia, Europe, the United States, and Africa were soon overwhelmed. One might think that such a powerful, mutated form of the flu virus would chiefly take its toll on the old and the sickly. Not so: most of the victims were under the age of 35. 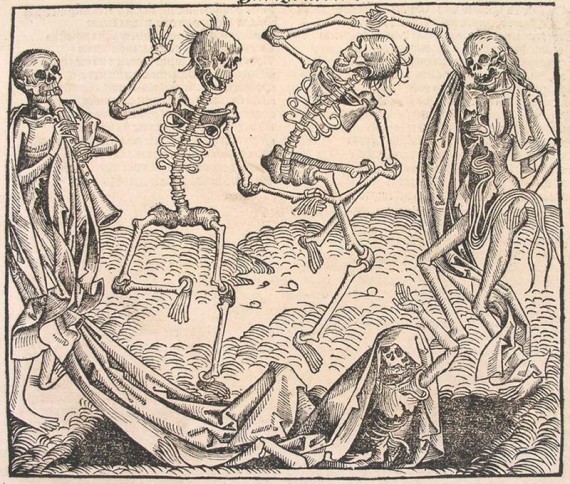 Incredibly, at the height of the epidemic, no less than 25 percent of the entire US population was infected, as was around 18-20 percent of the rest of the planet. To put in perspective, that collectively amounted to around 500 million people, worldwide. It’s hardly surprising, then, that Spanish Flu ultimately took the lives of around 50 million people.

In late 1918, and for reasons that still remain unclear to this very day, the death toll began to drop at a significant rate and to the point where, by 1919, the epidemic was on its last legs. By the time that the outbreak was declared over, it had killed more people than had the hostilities of the entire First World War.

So, in other words, if a scenario such as that which is currently playing out in The Walking Dead (or that of 28 Days later - which is a much more likely scenario in the real world) ever does become a reality, the chances are that we will be doomed in no time at all - and particularly so if the virus should become airborne, rather than one solely spread by bites.

And, finally, for all those certifiable nuts and loons who fully believe that-  because, today, our world is filled with wars and there is endless talk of pandemics and viruses - the "End Times" are somehow coming, you should (I hope) learn a lesson from all of the above. There was, as we have seen, a terrible, viral outbreak and equally terrible warfare in 1918. But the world continued just fine. End Times? Nope. Just a case of shit happens, unfortunately.

In the Pre-Podcast World, Paranormal Chat was on Vinyl