Tammy’s uncle and new aunt brought their newborn to the house to visit. Everything seemed normal enough, though Tammy’s family was slightly tense. Everyone played with the baby, but kept a watch on the new aunt, an active devil worshiper. Everyone relaxed when the young family went home, but that feeling didn’t last for long. Tammy’s new aunt had left something in the house.

“The mother had given my uncle’s wife some yarn to make a blanket for her and my uncle’s new baby,” Tammy said. “When they left they forgot that baby blanket. We didn’t realize it at the time. Soon after that we began having all kinds of weird things happen around the house.”

Scratching came from inside the walls, and the family heard people talking when no one was there. The conversations were faint, and too garbled to make out the words. Whatever her aunt had brought into the house took special interest in Tammy. “I was awakened several nights with what sounded like someone whispering or growling in my ear,” she said.

The growling dragged Tammy from sleep night after night. One night when the growling stopped, she could hear voices coming from the dining room. “Some neighbors had been over at the house playing cards with my mom and stepdad,” she said. “The dining room was right next to my bedroom and that is where they always played cards. Well this night I woke up and heard voices from the dining room and thought it was my parents and the neighbors still playing cards.”

A faint light shown through a crack in Tammy’s door, so she slid out of bed to see what the adults were doing. “As soon as I opened the door the talking stopped, and it went dark again,” she said. “I thought I had been dreaming so I went back to bed.”

As Tammy dozed off, the room grew unnaturally cold. “It was summer and was always extremely hot in that bedroom,” she said. “I was freezing cold and could not go back to sleep.”

Then she saw what caused the cold; the growling thing was in her room. “Something made me look up at the top of the door and I saw a dark gray mist and in that mist was a face,” she said. “The face had huge black eyes and it was making a sound that was like a growl or a sinister chuckle, it’s the only way I can describe it.” 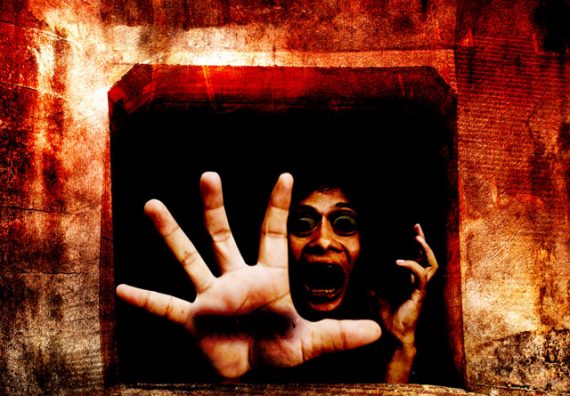 Lying in bed staring at the dark face in the mist, Tammy suddenly knew she wasn’t asleep. “After a few seconds when I realized that I wasn’t dreaming and was really seeing that face I started screaming,” she said. “My mom and stepdad and brother all came running into the room, and from the looks on their faces I knew that they had seen something, too.”

Tammy’s family knew this demonic entity was responsible for the scratching, and the growling. Then they realized why it was there. “As my parents started trying to figure out what may have brought this demon into our house my mother realized that the baby blanket was there in the house and that all the scary things started right after the blanket was left there,” Tammy said.

They telephoned her uncle who rushed to the house. He and Tammy’s brother put the blanket in the trunk of her uncle’s car. “They were going to throw that blanket in the river,” she said.

But the darkness that inhabited the blanket didn’t want to go. “On their way to the river the trunk of the car flew open for no reason,” she said. “They got it closed and took off again but then the brakes went out on the car and they started hearing a scratching and growling coming from the trunk of the car.” 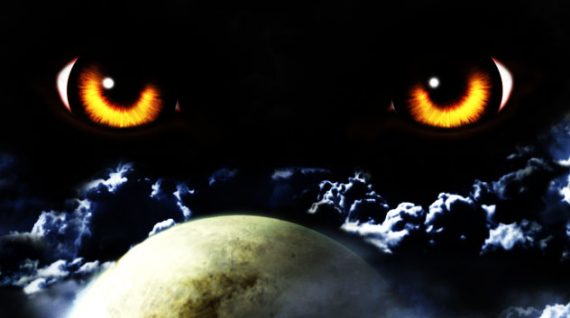 They pulled the car to a stop on a bridge, dark water rushing beneath them, and opened the trunk. “My uncle put lighter fluid on the blanket lit it on fire and threw it off the bridge,” she said. “As the blanket was burning and falling from the bridge my brother and my uncle heard horrible loud screaming coming from the blanket. After the blanket was gone we had no more experiences of those kinds in that house.”

The Horror of the Horseman