October is here and like any monster fan worth his salt, my thoughts have turned to horror movies and what to watch as the Halloween season looms on the horizon. Rather than retreading the classics, throughout the month I'm going to be taking a look at some of the more unusual and obscure offerings in the genre: B-movies, straight-to-video guilty pleasures and forgotten sequels. 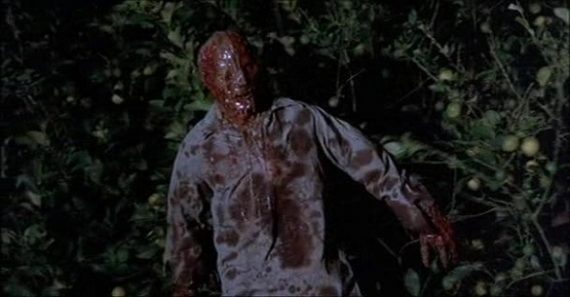 1977's 'The Incredible Melting Man' falls firmly in the B-movie category. Steve West (Alex Rebar) is an astronaut and the lone survivor of a mission to Saturn that saw the rest of his crew killed by an explosion of deadly radiation. Upon his return to Earth he is taken to hospital, where doctors are baffled as to how he was able to survive while his crew-mates perished. While alone, West removes his bandages and finds to his horror that his flesh is melting away. Terrified and angry, he leaves the hospital - not before murdering a screaming nurse - and goes on the rampage, presumably driven insane by the increasingly sticky situation he finds himself in.

Doctors Nelson (Burr DeBenning) and Loring (Lislie Wilson) find the nurse's body and discover that it is emitting a trace of radiation from her fatal encounter. Naturally they conclude that Steve has both gone insane and become radioactive - let's face it, an unfortunate combination to befall anyone, particularly since it requires him to consume human flesh in order to slow his body's degeneration. Dr. Nelson enlists the help of a US Air Force officer as they attempt to track West down before the body count hits double digits. 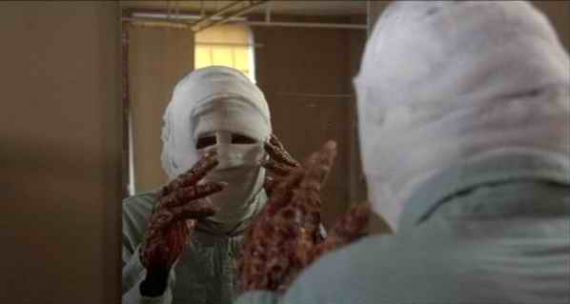 As you've more than likely concluded, 'The Incredible Melting Man' is centered around a ridiculous premise worthy of the schlockiest 1950's drive-in fodder. It would be an entirely forgettable piece were it not for one key element - the special effects and make-up of one of the all-time great monster maestros, Rick Baker. Baker's work is, as ever, exemplary and West's deterioration looks both realistic and grotesque in the extreme. Unfortunately while this means that the (far too few) scenes with West hold your attention and provide some gross-out chills, it also highlights just how boring the rest of the film is, with long drawn-out dialogue scenes of Doctors and military personnel talking and essentially saying nothing.

The performances are decent if unremarkable, and there is a half-hearted attempt at some 'who's the real monster? Us or him?' cloying morality, but it falls flat. Like many of the aforementioned 1950s movies from which 'The Incredible Melting Man' so clearly draws its inspiration, once we've seen the monster in action its starring scenes quickly become all that we care about and the rest of the film becomes a tedious waiting process for our gore oozing protagonist to return to the screen. 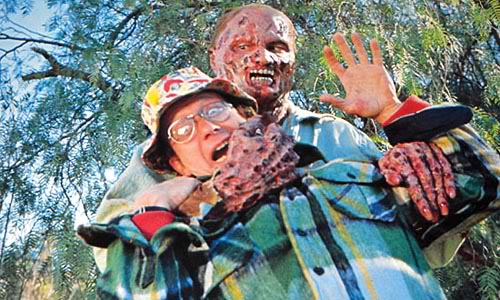 Many of the film's failings become more understandable upon reading up on the background of its production. Writer and director William Sachs claims that he originally intended for the movie to be a horror comedy, parodying the classic creature features. During filming - and perhaps after seeing Rick Baker's brilliantly repulsive handiwork - producers decided that they wanted a straight up horror flick, believing that it would ultimately be a more profitable direction. The script was hastily rewritten, and presumably the dull and lifeless exposition scenes were added to replace some of the more overtly comedic moments. Some such moments do remain however, creating a wildly inconsistent tone throughout. For instance, in one scene that is essentially played as slapstick, West's ear becomes stuck on a tree. In another we're treated to a long tracking shot of a decapitated head rolling through a ravine and down a waterfall.

Then of course, there is the film's hilariously grisly conclusion where the puddle that once was Mr. West receives an unceremonious disposal. As Sachs himself said when discussing 'The Incredible Melting Man''s horror-comedy origins, "How can a serious horror movie end with the monster being shovelled into a garbage can?"

Not surprisingly, the film has a minor cult following and appeared as an episode of the always amusing film-riffing show 'Mystery Science Theatre 3000' - and if you're going to check the film out, I'd suggest that is the version to go for as you'll both get to see the truly great make-up effects and be kept entertained during the long lulls in monster activity. It also frequently appears in the IMDB 'Bottom 100 of All Time' list - an inauspicious distinction that I don't think it truly deserves. While I certainly wouldn't call it a good movie, it has its moments and I've definitely seen much worse. While Steve West may have found his ultimate end in the bottom of a garbage can, thanks to Rick Baker in my opinion 'The Incredible Melting Man' narrowly avoids warranting the same fate. 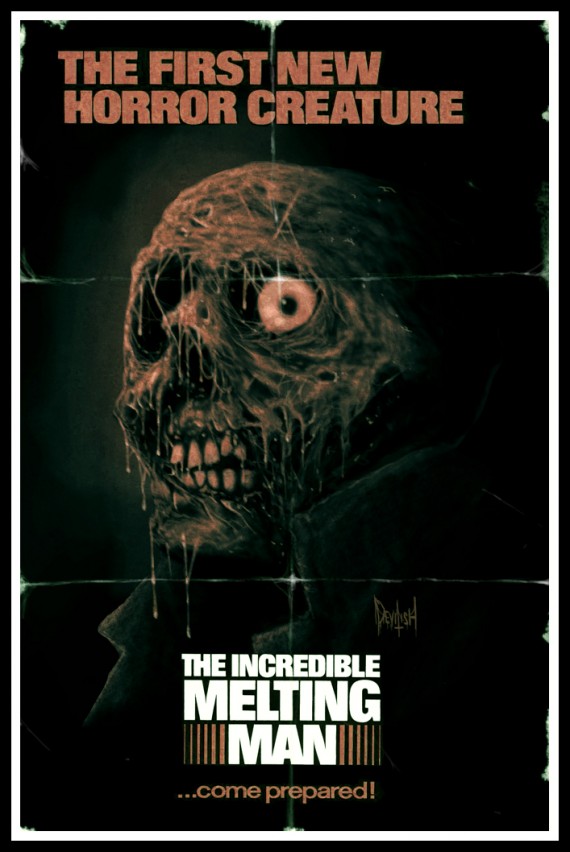