The Perils of a Pet Cemetery

In 1983, Stephen King's acclaimed novel, Pet Sematary, was published. As the title suggests, it told of dark and malevolent activity in a Maine, USA pet-cemetery. Six years later, in 1989, the book was turned into a movie, for which punk rock gods, the mighty Ramones, provided the theme-tune. Of course, King's story was just a highly-entertaining piece of fiction. It does, however, and somewhat incredibly, have its very own, real-life equivalent.

It is a little known fact – to outsiders, at least - that deep within the sprawling and wooded Haldon Hills of Devonshire, England there exists what might accurately be termed an unofficial pet-cemetery. A distinctly tranquil and gentle locale, it has for years acted as the final resting place for many a deceased and much-loved loved pet – whether dog, cat, rabbit, canary, hamster, guinea-pig or something far more exotic.

In reality, such pet-cemeteries are utterly illegal in Britain: the passing of the Environmental Protection Act of 1990 made it a serious crime to bury animal corpses on Forestry Commission land. Up until the early part of 2001, however, at which point rural England was utterly ravaged by a devastating outbreak of Foot-and-Mouth Disease that decimated the nation’s cattle-herd, the authorities were content to turn a somewhat blind-eye to what went on in the old pet-cemetery. 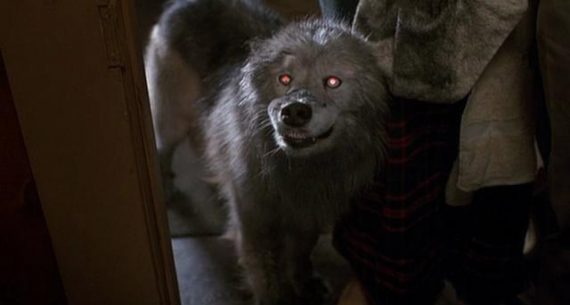 But, as a new century dawned, and as Foot-and-Mouth spread like wildfire, that all changed. The cemetery was now off-limits to one and all, and anyone caught roaming around the area was treated in grim and serious fashion by the police. But that's not all.

From 1996 onwards, my good friend Jon Downes - the director of the British-based Center for Fortean Zoology - was the recipient of a number of stories pertaining to sightings of distinctly strange beasts seen prowling in and around the old pet-cemetery. They were beasts that sounded suspiciously like animal-ghosts. One such tale, for example, involved a family that was driving through the hills several summers earlier, and that encountered near the cemetery a spectral Golden Labrador that dematerialized directly in front of their car.

Of course, tales like this actually provide much comfort to those whose pets are buried in the cemetery. After all, logic dictates that if people really are seeing pet-ghosts, then our four-legged, feathered and/or furry friends might very well have souls, too. And, therefore, perhaps we will one day be reunited with them when the Grim Reaper finally comes calling for us.

Amid the peace and tranquility of the pet-cemetery there was something else, too. Namely, sporadic reports of a creature that was far more significant than the occasional ghostly hound. It was ominous, it was grotesque, and it was distinctly and utterly foul.

Pet-graves were sometimes found disturbed, as if a wild animal had been trying to dig up the corpses that were buried deep below the surface. And local folk spoke in hushed and frightened tones of seeing a large, dark, powerful-looking creature prowling around the shadowy woods that surrounded the cemetery. 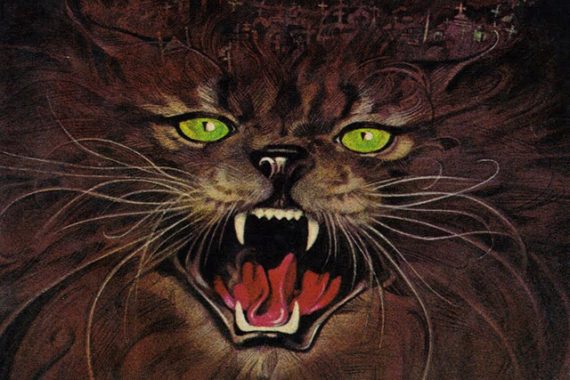 And then there was the story of a former British police marksman that reached Jon. While negotiating his car, late one night, along one of the narrow roads that typify the area, the man caught sight of a "huge, dark brown creature" that leapt out of the darkened trees and raced across the road. On another occasion, the man actually disturbed the beast while it was in the middle of trying to dig up some poor soul’s pet. Again, he briefly saw its lumbering frame.

Similar to the account of the police officer was that of a man who described to Jon seeing in the woods a beast that was "like a small shaggy bear with a long tail" and that proceeded to "lurch" through the trees directly behind the pet-cemetery. As the man told Jon, things all began when he was walking his dog among the grave-stones and was overcome by a distinct, and ominous, feeling of being watched by someone or something. No-one, and nothing, out of the ordinary could be seen; for a while, at least.

But, after a few more minutes of letting his dog rummage around the trees, the man got the shock of his life when he caught a tantalizing glimpse of a "gaunt, dark shape," huge in size, that was partially obscured as it sat and stared from the confines of a dense area of bushes around 100 yards away. Frightened that the animal was actually stalking him and his dog, the man quickly scooped up his little pet and exited the area – never to return. 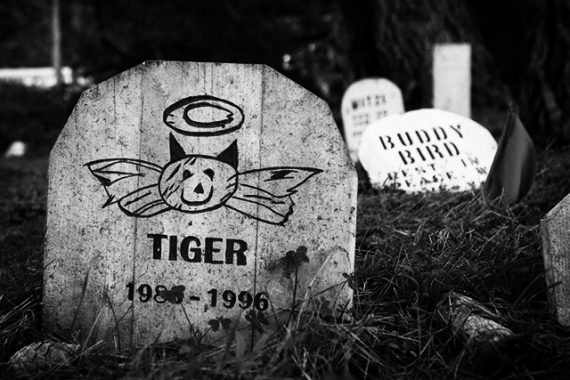 As I well knew when these various tales were told to Jon, he came to what was, at least, a tentative conclusion: that the creature in question might very well have been a wolverine – even if the large size described by the witnesses suggested the culprit was something else. Problematic, too, is the fact that the wolverine has been extinct in the British Isles for 10,000 years. Or, maybe, presumed extinct.

Nevertheless, this didn’t stop Jon from becoming overwhelmingly obsessed, throughout much of the late 1990s, with the idea that a colony of wolverines was secretly living in the Haldon Hills - by both day and night - and was voraciously feeding on anything and everything that was unlucky enough to get in their collective, rampaging path.

Maybe wolverines really did - and still do - lurk in the vicinity of the old burial ground. Or, perhaps,  the mysterious creature reported on so many occasions in and around the Haldon Hills was something of truly paranormal proportions.

In the Ramones' song Pet Sematary, the late Joey Ramone sang, "I don't wanna be buried in a pet cemetery." And, based upon what was afoot in darkest Devonshire, England in the 1990s, neither should you!