Top 10 ‘Tales From The Crypt’ Episodes – Part One

So far during my retrospective of the EC Comics franchise I've examined the roots of the phenomena through William Gaines, the two 1970s movie adaptations and the genesis of the legendary HBO TV series. It's high time then that I took a look at some of my personal favorite episodes from the show that brought big screen names and big screen gore into our living rooms.

I had originally planned to count down my top 20 favorite episodes, but quickly found it had become a process of eliminating weaker episodes rather than singling out the most powerful and memorable. 'Tales From The Crypt' was rarely anything less than entertaining and its impressive level of quality only began to dip in the final season, so you're more or less guaranteed a  good-to-great half hour regardless of what episode you dip into. Instead then, here is the first half of my top ten essential, must-see 'Crypts' - a Halloween marathon of the scariest, funniest and most shocking terror tales. 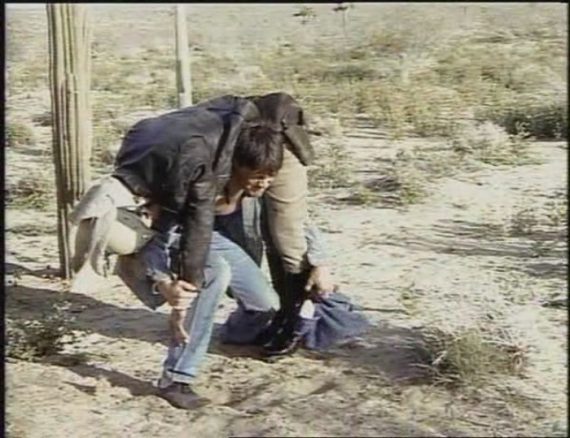 Kyle MacLachlan stars as Diggs, an escaped convict caught in a high-paced and grueling desert chase with a police officer. Finally cornered by his would-be captor, after a struggle Diggs manages to shoot the cop - who responds by handcuffing himself to the escapee and swallowing the keys in his dying moments. With the sun beating down on him and one particular vulture giving him the glad-eye, Diggs must make it to the border while dragging his unwanted and inseparable new pal along with him.
MacLachlan gives a great performance as the unhinged and frustrated thief and his ultimate fate is as grisly as it is grimly hilarious. In other words, classic Crypt. 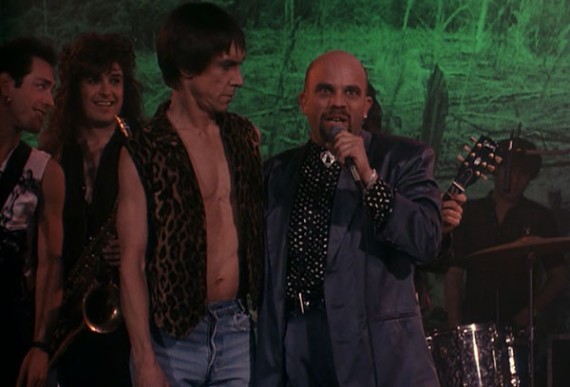 For Cryin' Out Loud

In this episode we focus on events backstage at a benefit concert being held by Marty, a sleazy rock promoter (Lee Arenberg). Unbeknownst to the talent (including Iggy Pop) however, the benefactor of the show is to be Marty himself, who plans on escaping with the take - but things are complicated by a strange voice in his head (Sam Kinison), attributed by his doctor to years of being exposed to loud music. Then Marty's banker (Katey Sagal), aware of his scheme, arrives disguised as a groupie with plans to extort 50% of the profits. Not one to share, upon murdering her Marty discovers the true source of the piercing voice is his conscience. Can he make his getaway before his subconscious gets the better of him?

'For Cryin' Out Loud' is a fine example of 'Crypt''s mastery of the morality tale and it also contains some sharp satire of the then-thriving rock scene. Its casting is impeccable - Arenberg is all too believable as the weaselly promoter, the ever-lovely Katey Sagal makes a perfect femme fatale and the decision to use the distinctive pipes of the much-missed Sam Kinison is inspired. 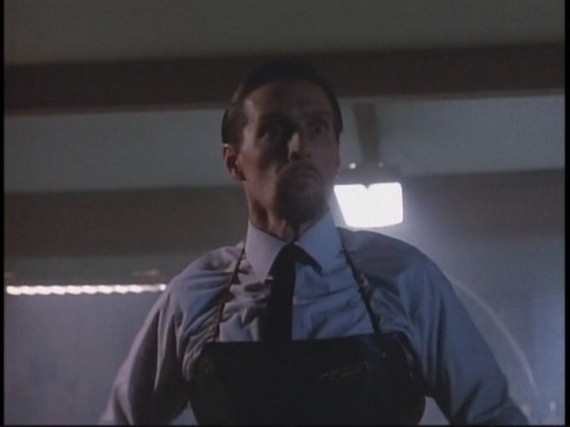 A conspiracy between a town's pharmacist (Graham Jarvis) and an evil undertaker (John Glover) is the subject of 'Undertaking Palor'. A group of boys - with their ever present video camera - get on the case and discover that the corrupt chemist has been poisoning residents (including one of the boy's fathers) to fill the quota for his partner in crime, who then charges a premium for his own macabre services. It will not be long though before he gets the unenviable experience of test-driving his own prepatory equipment as the boys plot their grim and gory revenge.
Surprisingly for something that had its origins in comics aimed primarily at older kids, children rarely feature in 'Tales From The Crypt'. Its refreshing then to see a group of them here with a believable friendship dynamic that gives the episode its sense of dark adventure. Despite being more graphic, it puts me in mind of 'Monster Squad' and other similar movies of the era. They don't make them like that anymore (with the exception perhaps of 'Super 8'), but I for one wish they did. 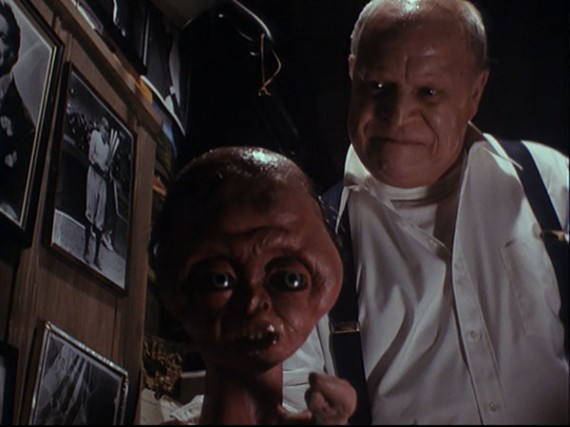 Goldthwait plays Billy, a rather hopeless ventriloquist who looks to his childhood hero Ingels (Rickles) for advice on how to improve his act. Imagine his surprise when he discovers that Ingels unique talent is far more natural than he might expect, and his dummy is in fact controlled by his parasitic malformed brother Morty, quite literally his right hand man. Things go from bad to worse when Morty turns murderous and Ingels is left with no choice but to split up the act, permanently...

You'd expect an episode featuring veteran comic legend Don Rickles and off-the-wall comedian Bobcat Goldthwait to be a laugh riot - surprisingly while it does have its share of comedic moments (Goldthwait's declaration that he's going to mince Morty into a particularly unappetizing type of casserole is one of the funniest lines of the series), 'The Ventriloquist's Dummy' errs more towards the creepy and skin-crawling. Rickles dramatic turn in particular is something of a revelation. 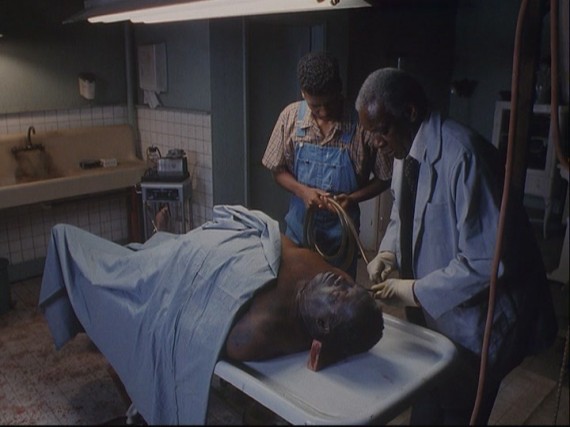 Bobby (Jon Clair) is a well meaning teenager who finds himself placed in the care of his Uncle Ezra (Moses Gunn) when both of his parents die. Ezra is a cruel skinflint who cuts corners in his funeral home at every turn, all the while working Bobby into the ground, bossing him around and generally treating him as his dogsbody. Despite his nephew's hard work, Ezra's patience with the boy continues to wear thin and when a mix up with an order means that he ends up with an extra coffin he's reticent to let it go to waste - even if it isn't the right size. Luckily Bobby will have his revenge - even after his death.

One of the darkest 'Crypt' episodes and one of the most memorable. While pitting such a kind-hearted and naive boy against such a mean-spirited and Scrooge-like man is a trope we've seen perhaps one time too many, once again the actors are exemplary with Moses Gunn turning in one of the show's best and perhaps most stoneheartedly evil performances. When Ezra finally gets his just desserts, you'll feel like standing up and cheering.

Join me again in a couple of days when I'll be counting down my top five, and don't forget to let me know your own favorite episodes in the comments below.

A Man-Monster on the Loose