Thanks for joining me once more as I conclude my countdown of my personal top ten episodes from the much-missed anthology horror classic 'Tales From The Crypt'. So far escaped convicts, crooked rock promoters, two underhanded undertakers and a human-handed ventriloquists have made the list. Let's see what my final five have in store. 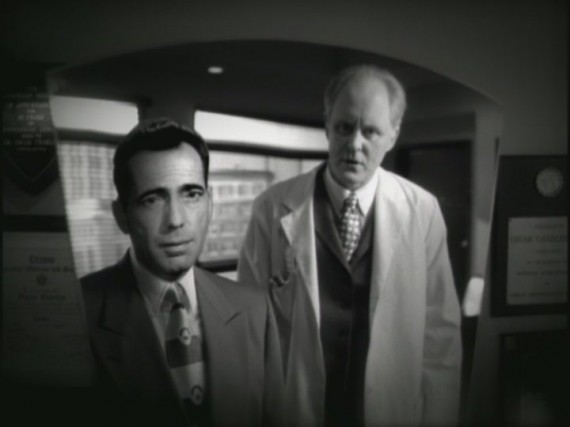 Our posthumous narrator for this film noir-ish tale is Lou, a man with an uncanny resemblance to a certain deceased cinema icon. We learn that Lou was a reformed crook who sought out the services of a master plastic surgeon (John Lithgow) in order to take on a new identity. Perhaps overstretching patient/doctor boundaries a tad, the surgeon suggests that Lou will only truly be free of his old ways if his wife (Isabella Rossellini) is put out of the picture. All is, of course, not as it may seem and Lou soon learns that the doc has motives of his own.

Assembling a cast that includes Isabella Rossellini (in a dead-on imitation of her legendary mother Ingrid Bergman), John Lithgow and Sherilyn Fenn is an impressive feat. Adding Humphrey Bogart as the star and a cameo from Alfred Hitchcock is downright amazing, particularly considering this was shot in 1994 - and so it's clear that 'You, Murderer' is no ordinary episode of 'Tales From The Crypt'. Its then state-of-the-art technical wizardry has dated slightly, but not so much as to impede enjoyment of this gloriously ambitious piece of television. A real treat for fans of classic cinema. 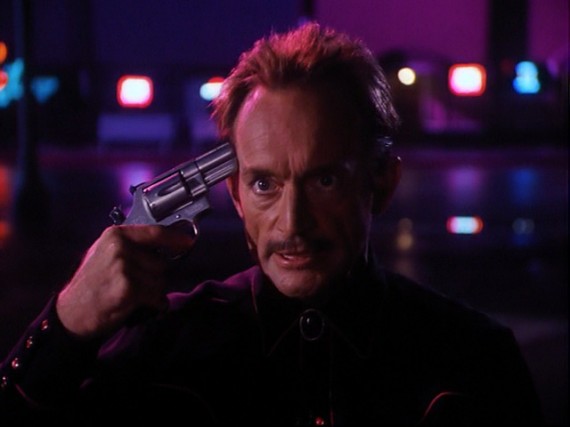 Rivalry, hatred and the will to win are the subject of 'Cutting Cards'. We are introduced to two warring high-stakes gamblers (Lance Henriksen and Kevin Tighe) with a well established history of mutual disdain. When fate decrees that they find themselves in the same place at the same time once more, the pair decide that the time has come for their ultimate showdown in the form of a round of Russian Roulette. When even that proves inconclusive, 'Chop Poker' is the order of the day - a gory game where the stakes are body parts and the more you lose...well, the more you lose. As our competitors play their hands and the digits fly, the question remains: just how far will they go?
A real guilty pleasure episode that will have you laughing no matter how much you tell yourself you shouldn't, 'Cutting Cards' escalates beautifully and is a wonderfully twisted take on gambling movies. One of the funniest episodes and interestingly one that sticks particularly close to the original comic book version. 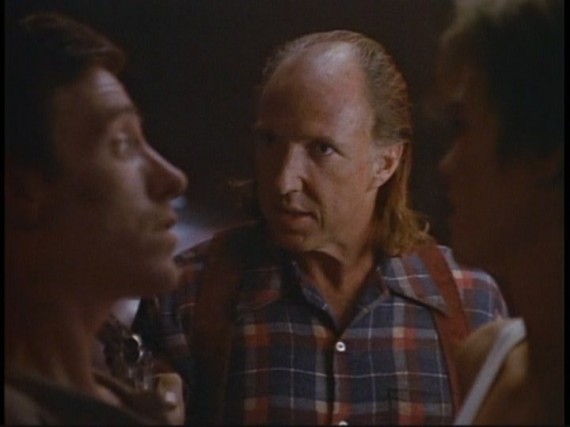 When bullish aging lumberjack foreman Dixon (Brion James) marries attractive - if easily bored - barmaid Liz (Michelle Johnson) he thinks his future is clear and a devoted wife is his prize.  Liz is not exactly the marrying kind however and she continues her flirtatious ways with the other local lumberjacks, soon sleeping with a young skilled logger named Ted (Billy Wirth). While catching them in the act, Dixon flies into a rage and blinds Ted with an axe. Revenge is (as ever) around the corner though, when Ted's lumberjack buddies ensure that despite their friend's lack of vision, both Dixon and Liz will meet an agonizing end by his hand.
Revenge stories always were EC's bread and butter, and its true that once in a while the formula can grown stale. In 'Split Second' however, the pay-off is shocking enough to ensure that this tale lives long in the memory. One of the bloodiest episodes and one of the most effective. 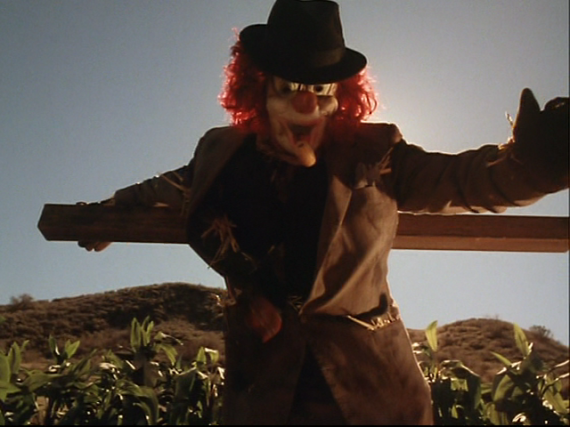 Mary Jo (Patricia Arquette) is a young runaway who finds herself taken in by a cruel and perverted farmer (Chelsie Ross) and his almost equally charmless wife (Susan Blommaert). Overworked, badly treat and with little to live for, Mary Jo turns to the farm scarecrow as a source of escape, eventually envisioning him as her boyfriend. When the lustful farmer learns of this he plans to disguise himself in the scarecrow's mask and clothes to await her affections - but when the farmer's wife picks that particular night to demonstrate to Mary Jo that her 'new man' is nothing but straw and stuffing, fatal consequences are assured.
This is one of the darker episodes of the series and its dingy, grimy mood benefits from the restraint of 'Crypt''s more cartoonish elements. Patricia Arquette is simply excellent as the troubled Mary Jo and with its uncomfortable themes and fitting finale this remains one of the show's most memorable entries. 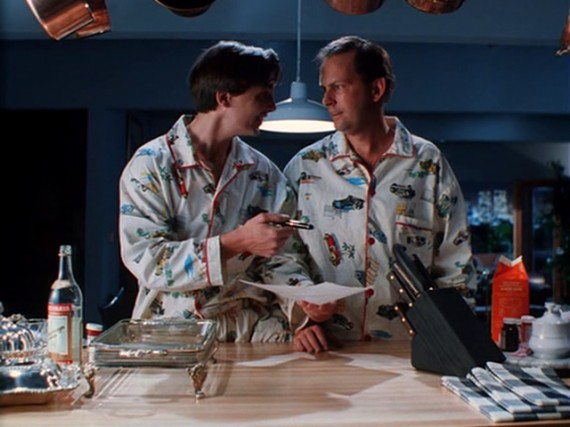 Frank (Timothy Stack) and Eddie (Johnathan Stark) are conjoined twins who happen to be polar opposites in terms of manner and personality. While Frank is meek and mild mannered, Eddie is a nasty obnoxious drunk. Naturally their differences and their condition make for an unbearable life for the pair but Frank refuses to entertain the idea of signing-on for an operation that would separate them, citing both loneliness and fear of the risks involved. Unable to stand the situation anymore, Eddie hatches a scheme: Frank will meet and fall for a beautiful and kind girl, Marie (Jessica Harper) on the understanding that she will soon dump him due to his brothers intolerable behaviour, thereby convincing Frank to go ahead with the operation. The plan backfires when Marie discovers that she does indeed have feelings for Frank and loves him just the way he is - spurring Eddie to take more drastic measures.
They say you never forget your first and I can't help but wonder if its more than a coincidence that this was indeed the first episode of 'Crypt' that I ever saw. Certainly there are more experimental and ambitious episodes - the aforementioned 'You, Murderer' and the psychotic brilliance of the season finale animated retelling of 'The Three Little Pigs'  to name a couple- but after viewing every episode, many several times over throughout the years, I still can't help but put 'My Brother's Keeper' at the top of my list. All of the show's arsenal of tricks are in full use here - the grim sense of humor, the grand guignol style presentation, a shock ending, brilliant performances, direction and top notch effects - that make this a quintessential 'Tales From The Crypt' and an ideal primer to what the series is all about.

Did your favorite make the list? Let me know in the comments below. I'd also love to know any suggestions you might have of horror, sci-fi or fantasy shows you'd like to see be the subject of a future Top 5 list. In the meantime, I'll be back soon with the next in my series of X-Files articles and until then, in the words of the Cryptkeeper, unpleasant dreams boils and ghouls!

Beware of the UFO Zombies