When 'American Gothic' first hit screens in September of 1995, fans of cult TV could be forgiven for thinking that several elements of the show had a distinctly familiar air. That the show was heavily influenced by 'Twin Peaks' (and perhaps 'Blue Velvet', among David Lynch's many other depictions of a seedy and disturbing smalltown America) could hardly be in doubt. Both shows largely centered around rural law enforcement officials, glamorous film-noir style femme-fatales, overriding mysteries that alternately intrigued and frustrated fans and eerie supernatural elements that were never fully explained. Beyond these many surface similarities, however, 'American Gothic' has a lot of unique elements and outstanding storytelling on offer.

Created by Shaun Cassidy with input from Sam Raimi, the show takes place in Trinity, a town in South Carolina where evil Sheriff Lucas Buck (Gary Cole) pulls all the strings. Lies, bribery, cheating, corruption and murder are amongst the many tools he employs to ensure that the town is run his way to the letter with himself always coming out on top. The first episode begins with alarming intensity (- if you have seen the show before, the quote 'Someone's at the door' should be indelibly etched in your memory) as Lucas kills Merlyn Temple (Sarah Paulson), a damaged and withdrawn young woman with a traumatic past. Essentially framing Merlyn's father as her murderer, Lucas then coaxes the man into committing suicide, thereby confirming his 'guilt'. 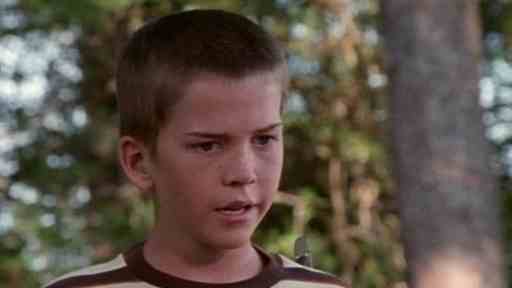 The motivation behind all of this is that Lucas wishes to claim Merlyn's brother, 10 year old Caleb Temple (Lucas Black) as his own son. We soon learn that Sheriff Buck is in fact Caleb's real father, having sexually assaulted Merlyn's mother, who later committed suicide after giving birth. This and having been witness to the attack itself were the sources of Merlyn's trauma. Reporter Gail Emory (Paige Turco) a cousin of Caleb, comes to Trinity in order to take care of him. Together with newly-arrived Dr. Matt Crower (James Weber) she seeks to uncover the truth of Merlyn's death, all the while trying to keep young and impressionable Caleb free from the sheriff's dark - and often mystical influence. Merlyn's spirit is on hand too, frequently communicating with and offering advice to her brother.

It's true that the series' set-up is staggeringly dark, particularly for mid 90's network television. While many other shows ('Twin Peaks' included) often included similar controversial subjects as a means of elaborating on the pains and motives of characters, these more often than not were revealed steadily over time. Rarely has a pilot episode so unapologetically thrown viewers in at the deep-end quite like 'American Gothic'. Thankfully the gamble largely pays off. The more uncomfortable elements are never dwelt upon for longer than is necessary and with the core power-struggle so firmly established early on, each episode has room to breathe and explore. 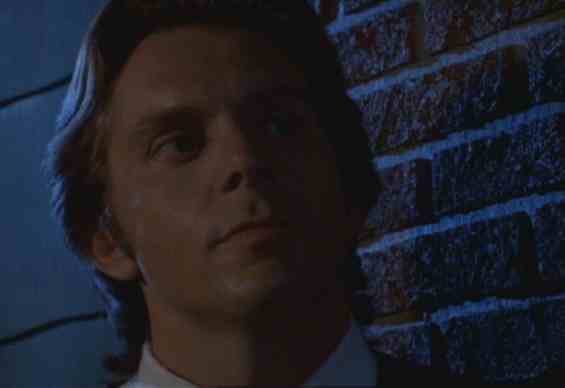 At the heart of what makes any show compulsively watchable is its cast, and 'American Gothic' has a uniformly excellent one. The always-reliable Gary Cole plays Lucas with an air of menace, entitlement and absolute authority, leaving little doubt that he could indeed manipulate all around him to do his bidding including his likable though often spineless second-in-command Deputy Ben (Nick Searcy). Sarah Paulson as Merlyn has her own mystique and an otherworldliness that lends itself well to her role. Lucas Black is nothing short of outstanding as Caleb, equally comfortable showing depth, maturity and a naivete that make him one of the most believable and well-rounded child characters TV has seen. Much of the show's success or failure had to hinge on his performance, and to his immense credit he remains without doubt one of the show's greatest strengths. 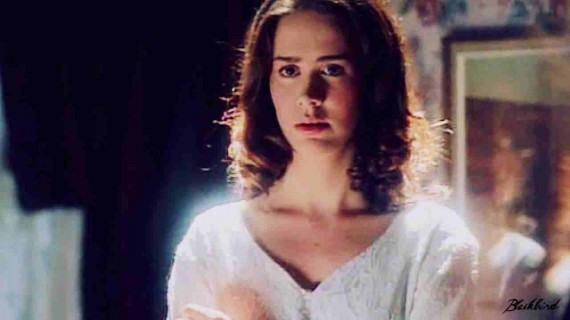 That being said, 'American Gothic' is certainly not without its flaws. Sudden changes in tone, cast, wildly erratic pacing, bad digital special-effects and dire ratings-grabbing antics (in particular the atrocious 'The Beast Within' episode) would all hamper the series short run. It has been said that the usually mild-mannered Dr. Crower was written out and replaced by Dr. Peele (Billy Mese) in order to provide Lucas with a more credible threat. Unfortunately while Crower may have been something of a wimp, Peele is merely forgettable, and his sudden introduction further adds to the season's disjointed feel.

This reminds me that sadly 'American Gothic' shares one more trait with 'Twin Peaks': despite huge amounts of critical acclaim, a devoted fanbase and enduring popularity, the show was criminally short-lived. Luckily writers were given enough warning that 'Requiem', the show's final episode (of 18) provides an exhilarating if sudden conclusion. The entire series is available on DVD, though in many editions the episodes are in the nonsensical broadcast order rather than the intended sequence, so be sure to look up Shaun Cassidy's preferred order (readily available online) before watching. Dark, twisted, unnerving and never dull, 'American Gothic' is worth your time.