An artist is a magician. They have the power to tease our pallet of senses through the use of images, movements, words, sounds, and other forms of creative expression. This gives them the power to manipulate minds. A good artist’s work can capture an imagination and twist it into a tangled mess of fearful nerves if that’s what its creator wants it to achieve. An artist’s power is limited only by his creativity.

I’ve always had respect for artists. It takes a lot of hard work and dedication to create artwork so impressive, creating it becomes a viable profession. I’d never thought of the work of artists as being magic, however, until a stumbled onto an interview with writer Alan Moore, wherein he claims to be a magician. Some of his points related to art and magic made me think about things differently than before, which is a magical feat in itself.


It turns out artists have a stranglehold on society as a whole.

The songs and movies that move me to tears were all created from the imagination of artists. Each one began as an idea within an artist who was skilled enough to craft it into something that evokes an intended reaction from an audience. The tears flow because the artist wanted them to, and his creation uses the right language to get that response from me.

Art, like magic, can also be used for the purposes of good or evil.

Think about how many hours per day the average person watches television, reads books or magazines, or listens to music. My favorite scripted television show is essentially a powerful spell capable of not only making me sit still for an hour, but also of dragging me on an emotional ride that might result in anxiety, jubilation, or even depression.

While the show is doing its job of keeping me glued to the tv and toying with my emotions, manipulative art is interwoven into the program with the goal of convincing me to choose brand X laundry detergent over brand Y next time I’m at the grocery store.

I’d say that in a sense, artists–all artists: writers, musicians, visual arts artists–have become divorced from their origins. I think that over the last couple of centuries, Art has been seen increasingly as merely entertainment, having no purpose other than to kill a couple of hours in the endless dreary continuum of our lives. [chuckles] And that’s not what Art’s about, as far as I’m concerned. Art is something which has got a much more vital function. - Alan Moore

Reading Moore’s belief that artists are magicians introduced me to something I had for some reason had never considered before. I have no idea why it hadn’t, it seems obvious now. Magicians practice the arts. The arts, in any form, have a powerful effect on people. A key function of magic is also affecting outcomes in a desired way. 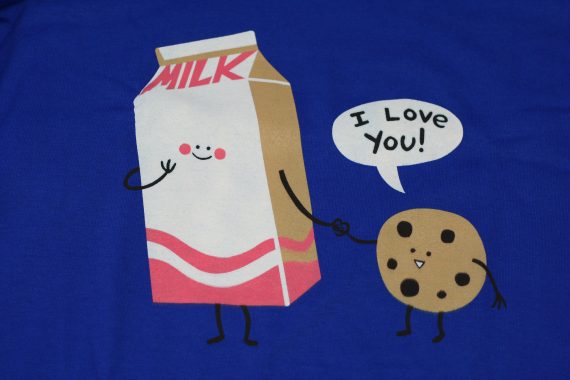 Somewhere, in a building downtown, there is an artist designing the image that is one day going to call out your name from the wrapper of a pack of cookies on the grocery store shelf, and say,”Eat me. Buy me. Taste me.” They will be the sexiest cookies you’ve ever seen in your life. Oozy chocolate streams, propelling rafts made of crispy, cookie wafers, to slide along the surf-able waves of cream on the wrapper, sweetly calls you in like the sirens of old. Luring your ship to its future crash site on the rocky shores of Diabetes Island.

You can taste the cookie wafers surfing on your tongue just by looking at the package. Your salivary glands kick into overdrive. You can’t take your eyes off the cookies. Then the smell of chocolate seeps into your nose.

An artist has cast a powerful spell onto that package of cookies, and now gluttony has never looked so good. The packaging pokes at every trigger in the brain compelling us to make the purchase.

Yeah, our view of reality, the one we conventionally take, is one among many. It’s pretty much a fact that our entire universe is a mental construct. We don’t actually deal with reality directly. We simply compose a picture of reality from what’s going on in our retinas, in the timpani of our ears, and in our nerve endings. We perceive our own perception, and that perception is to us the entirety of the universe. I believe magic is, on one level, the willful attempt to alter those perceptions. Using your metaphor of an aperture, you would be widening that window or changing the angle consciously, and seeing what new vistas it affords you. - Alan Moore

Author Steven Pressfield also alludes to the magical elements of art and its creation in his book, The War of Art. The book is about overcoming resistance, or the things keeping us from achieving our goals on creative projects, by committing to the regular practice of art and to honoring your muse. By doing the work regularly, it opens the artist up to visits from his muse. As the connection with the muse matures, so does the quality of the creative work being done.

Pressfield’s point is simple. If you want to be great, you have to practice your art, and if you want to be successful at it, you have to treat it like a profession. The more dedicated the artist, the more accessible the muse becomes, and the more powerful the work will be. The more powerful a work is, the greater impact it has on its audience. Moore equates it to learning the language of magic.

Actually, art and magic are pretty much synonymous. I would imagine that this all goes back to the phenomenon of representation, when, in our primordial past, some genius or other actually flirted upon the winning formula of “This means that.” Whether “this” was a voice or “that” was a mark upon a dry wall or “that” was a guttural sound, it was that moment of representation. That actually transformed us from what we were into what we would be. It gave us the possibility, all of a sudden, of language. And when you have language, you can describe pictorially or verbally the strange and mystifying world that you see around you, and it’s probably not long before you also realize that, hey, you can just make stuff up. The central art of enchantment is weaving a web of words around somebody. And we would’ve noticed very early on that the words we are listening to alter our consciousness, and using the way they can transform it, take it to places we’ve never dreamed of, places that don’t exist. - Alan Moore

I encountered the concept of art being magic again just days after reading the interviews with Moore online.


I was watching the Ken Burns series, Jazz, on Netflix, and quite frequently throughout the documentary series, the talking heads Burns interviewed associate art and magic. For example, the way improvisational jazz musicians feed off of the other musicians in the group, the crowd, and every bit of spiritual energy around them, to create sounds that communicate ideas and emotion. The way Duke Ellington could find the right groove to send the crowd into a dancing frenzy, and then use it to manipulate them however he saw fit for the rest of the show, was also described as being magical.

I tend to see magic, in a way, as a kind of language. I think, unsurprisingly, the gods of magic ARE the gods of language. And magic is, in a sense, a kind of language with which to read the universe. It’s a language of symbols with which you can extract meaning from the most mundane things. And in fact it’s that aspect of magic that I find myself attracted to. The idea of magic as some weird alien Dr. Strange dimension that one can escape to from this one doesn’t really appeal to me. I think that if magic his anything, it’s about realizing the [stage whispering] unbelievable supernatural magic is that in just the fact that we are thinking and having this conversation. Realizing just how magical every instance is, every drawn breath, every thought. - Alan Moore

In some ways, it is magical that all of this information hit me all at once, and opened a different thought process for me this late in life. The interviews, the book, and the documentary, cast an enchanting spell on me. Together they made the perfect storm of the right information at the right time to alter my thought process, and convince me to buy into the idea of artists being magicians.

Now everywhere I look I see the work of magicians trying to win my affection through art.

I feel so used.

MU Halloween Wallpapers for Your Devices!