The horror movie industry has perhaps never seen a greater pair of rivals than Boris Karloff and Bela Lugosi.  Lugosi - a Hungarian immigrant who initially learned his English-language scripts phonetically - rose to fame in his never-bettered performance as Dracula in Universal's 1931 adaptation, one of the first such movies of the sound era.

His time as the reigning King of Horror was to be short-lived however when he was usurped by English actor Boris Karloff, who stunned filmgoers with his performance as the Monster in that same year's 'Frankenstein' - a part which according to some, Lugosi had turned down due to it being a non-speaking role. Other sources suggest that a disastrous screen test for Universal's head honcho Carl Laemmle was the reason Lugosi was not cast. Either way, thanks in no small measure to the outstanding work of make-up artist Jack Pierce, Karloff's Monster would become every bit as iconic as Lugosi's Dracula - the mannerisms and looks of the pair indelibly etched into pop culture as their definitive incarnations.

Born Bela Blasko in 1882, Lugosi would take his stage name from his hometown of Lugos. He was already a promising stage actor in Hungary (even having played Jesus Christ in one production) when political upheaval gave him reason to emigrate in 1917. Working as a laborer to make ends meet, he would soon return to the stage and ten years later would make his first appearance on a Broadway stage as the Count - the role that, for better or worse, would be forever associated with him. 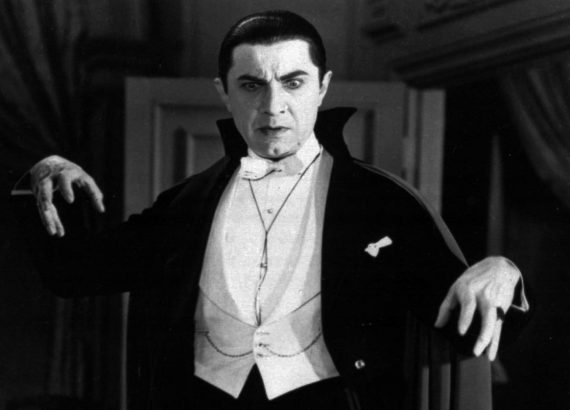 Boris Karloff was born in London in 1887 under the somewhat unfortunate moniker of William Henry Pratt. The youngest of nine children, he was raised in Enfield by his siblings when his mother passed away. His rise to stardom was perhaps an unlikely one given his lanky appearance and multiple speech impediments - both a stutter and a lisp, the former of which he would overcome though the lisp would remain throughout his career. Like Lugosi, he began as a stage actor, traveling to Canada in 1909 and adopting his unusual stage name (the origins of which are unclear) around this time. Finally arriving in Hollywood some years later, while he found some success appearing in silent films, he had to support this through manual work which left him with back problems that would plague him for the rest of his life.  His hard graft would eventually pay off when the sound era dawned and films like 'The Criminal Code' and 'Five Star Final' raised his reputation before 'Frankenstein' made him a star and a household name. 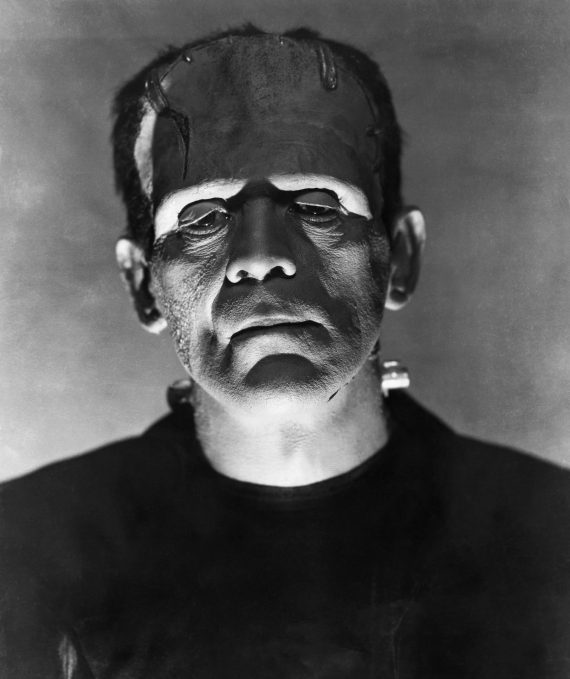 Karloff would go on to achieve sustained popularity for the rest of his life thanks to roles in other Universal movies such as 'The Mummy' and 'The Old Dark House', revenge thrillers such as 'The Man They Couldn't Hang', and later his anthology TV series 'Thriller' and his much-loved narration of the animated version of 'The Grinch'. Lugosi however would never again attain the level of fame and attention that 'Dracula' had brought him. Despite a memorable turn as Ygor in 1939's 'Son Of Frankenstein', a chilling part in 'Island Of Lost Souls' and a brief role in 1941's 'The Wolf Man', he would largely be relegated to making B-movies and hammy TV appearances that played upon the Dracula persona. Eventually, following a period in rehabilitation for drug dependency, he would strike up a friendship with a  young director who idolised him:  Ed Wood, leading to his appearance in the truly awful 'Bride Of The Monster' and a posthumous turn in the legendarily terrible 'Plan 9 From Outer Space'. 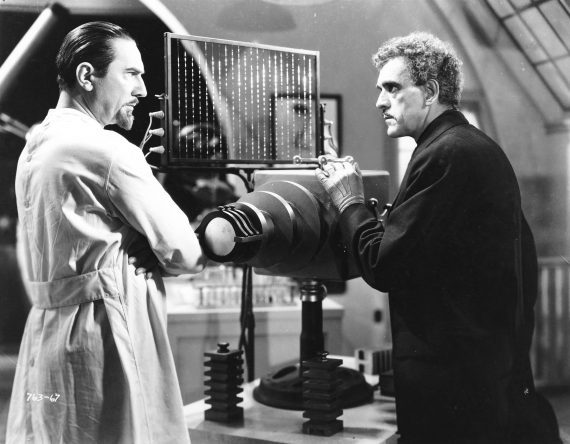 There are many theories as to why Lugosi was denied the long-term stardom achieved by Karloff. Like many, I believe that it was Lugosi's own accent, gestures and appearance that became too closely associated with Dracula. If Karloff removed his make-up, he was no longer Frankenstein's monster. Lugosi, even in candid interview footage, is impossible to disassociate from the Count. Much has been made of the alleged rivalry between the pair over the years. Lugosi's family have repeatedly denied that there was any animosity between them, particularly taking exception to dialogue in Tim Burton's 'Ed Wood' biopic that suggested bitterness on Bela's part. Boris' daughter Sara Karloff seems to agree that the two, while not great friends, were consummate professionals with a mutual respect.

Nevertheless, thankfully movie producers were savvy enough to realize the potential of pitting the pair against each other on screen on several occasions. Throughout this month I'll be taking a look at my personal favorite three movies in which Karloff and Lugosi appear together and I hope you'll join me.

What's your favorite Karloff/Lugosi movie, and which of the two actors do you prefer? Let me know in the comments below.

The Wild Kids of Woolpit