When it comes to the matter of who, or what, the dreaded Men in Black may be, the list of possibilities is just about as long as it is controversial. Indeed, the widely (and wildly!) varying theories include aliens, government agents, time-travelers, and dimension-hoppers. There is, however, another theory, one which hardly ever gets any serious consideration. In fact, it's probably a theory that scarcely ever crosses the minds of most people - even those within the field of Ufology. What might it be? Read on...

What if the MIB are not extraterrestrials, time-surfers from the distant future, agents of officialdom, or inter-dimensional creatures? What if, incredibly, they are normal, every day people, just like me and you? Or, to put it more correctly, what if they are every day people most of the time? Could it be the case that the MIB are regular individuals who, now and again, become possessed by a paranormal force - a demonic force, some might even suggest - that uses those poor souls as vessels to perform tasks of the terrifying kind?

To some, it may sound not just controversial, but beyond controversial. But, don't be so quick to write-off just such a possibility. One case in particular suggests that may be exactly what is going on. And, for the answers to that case we have to turn our attentions to a long-time researcher of the UFO mystery: Timothy Green Beckley. Beckley's research suggests  that the Men in Black may actually be regular individuals who have been placed under a form of mind-control, very much akin (in slave-like behavior, at least) to the kind of zombification that appears within Haitian lore. 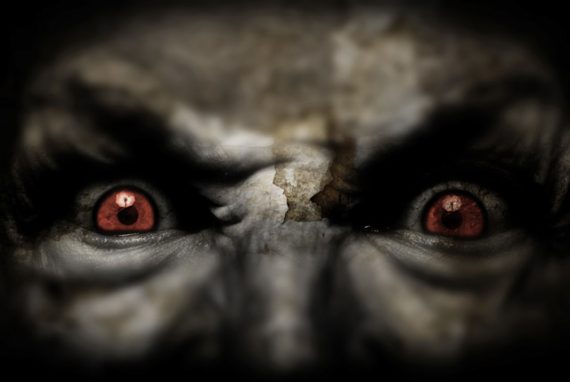 Several years ago, I interviewed Beckley on this very matter and he had a fascinating story to relate. He began: “There was one case where I might have been threatened by a Man in Black. There was a publication I wrote for in the 1970s called Official UFO. They published their address in the magazine, so they did get a few crank visitors to the offices. One of these was a gentleman who claimed he was being stalked by the Men in Black.”

Not too long afterwards, Beckley actually encountered the man in person. But what began as a regular meeting, soon mutated into something very different. Beckley - across the late 1970s and early 1980s - received a series of disturbing and chilling phone calls from the man. They were so chilling and disturbing - never mind threatening, too - that Beckley finally chose to contact the police. It didn't take the cops long to find the man: he was living on the streets and sleeping rough somewhere on Grand Central Terminal, New York City.

Beckley told me that the creepy character “...must have called fifty times and left crazy, threatening messages that would go on and on. I spoke with his parents – who were in Florida – and they said that although he wasn’t always like this, something came over him now and again.”

And it's on this particular matter of "something" that "came over him now and again" that we have to turn to on the matter of the Men in Black. Beckley offers a fascinating scenario:

“With cases like this guy where something came over him, and with the MIB, it’s like a possession, where a paranormal force takes possession of the person and they then become the Man in Black, doing what the force wants them to do, but without their knowledge. Afterwards, they might not even remember any of it."

He continues: "These people are living on the fringe of society; they are very simple-minded people who can very easily be controlled and influenced. Someone, say, who might be living in some rundown apartment, is taken over in a kind of trance, and then they become one of the Men in Black."

Beckley concludes: "They threaten someone, and then they go back to their normal life after the possession ends, and they don’t remember it. But while they are under the control of whatever is doing this, they’re not quite right. And like a zombie is the best way I can describe it.” 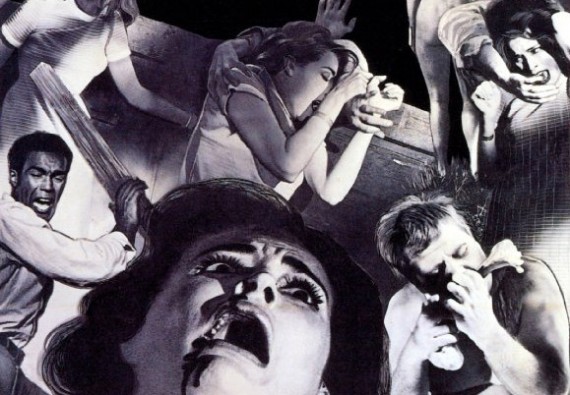 Beckley’s description is certainly a highly apt one: George Romero’s cannibalistic zombies in Night of the Living Dead – and, indeed in all of Romero’s subsequent movies in the still-on-going Dead series – are utterly driven by two issues: the desire for self-preservation, and an unrelenting need to feed.

The MIB are equally and similarly driven; however, their whole goal is to instill fear, rather than feed upon flesh and bone. But, just like the reanimated dead of the big-screen, the Men in Black, too, appear to lack anything more than a basic awareness of why, precisely, they are carrying out the actions they dutifully and never-endingly perform. Might that be due to paranormal possession? Demonic possession, perhaps? It may not be wise to dismiss either scenario...