"Secrecy is necessary," at least according to an online statement appearing on the website of The Golden Dawn Research Center, a site devoted to study of the principles and teachings of an esoteric organization known as the Order of the Golden Dawn. The reason for secrecy, according to the statement, is because, "individual rights and privacy must at all times be maintained, especially since members (of the organization) may work in sensitive environments where public knowledge of their membership could cause problems."

"There is, however, another important reason for secrecy," the statement continues. "It revolves around a Hermetic principle in which the alchemical process requires a closed container, to be 'Hermetically Sealed.' " In other words, for the ritual occult traditions espoused by such an organization to be able to maintain their weight, the rule of secrecy is literally a necessity for reasons believed to be, at least in this instance, purely magical in nature.

Ancient occult rituals and mysterious esoteric teachings are only one part of the great web of controversy that so often surrounds secret societies, which by virtue of being secret, manage to continually distance themselves from the majority of us, lurking beyond the edges of our everyday, taunting us from the shadows of the heart and mind. And this, to me, more clearly than ever illustrates the necessity I've come to recognize for formulating and launching my own secret society...  an entity which, in order to succeed in its secrecy, would have to be so secret that it has no actual name, but instead merely employs a reference to it as being The World's Most Secret Society.

Thus, in doing so the first, and perhaps most relevant question that springs to mind would simply be, "who's in?".

Before we get to all the membership requirements and other juiciness (yes, I'm sure Ben, Aaron, Elliot, and Red Pill Junkie will have already been initiated by the time most Mysterious Universe readers get this far), I thought it would be prudent at the moment to discuss a bit more thoroughly why secret societies are secretive in the first place, and what benefits can be drawn from carrying on covertly in this way.

The necessity for use of magic, esoteric teachings, and ritual in secret societies, as discussed previously, almost becomes inevitable. This is largely because such practices either cater to the esoteric or spiritual beliefs maintained by such organizations, or they employ a level of symbolism among members that allow for open discussion of things that can still remain ambiguous enough to non-members that they remain secret as intended. In that solemn and silent sanctuary that the secret order carries on its rite, whether for the attainment of power, knowledge, or some other long sought interest, the quiet potency of their operations can see the fullest fruition, and do so unhindered, despite any societal norms or standards that might be broken otherwise.

The secret society, if it so chooses, may seek to attain power, and keep it, no matter what the laws or expectation of the land may be when operating beneath this veil of silence and separation. If implemented properly, this secrecy can also become tantamount to invincibility. And thus, secret societies are both feared and loathed, as well as envied to an extent.

While the appeal of secret societies may not be so endearing in other parts of the world (The New Straits Times has discussed the arrest of nearly 18,000 individuals believed to work with such secretive organizations), in the United States the secret society is considered almost en vogue. Celebrities like Kim Kardashian and virtually anyone in the hip-hop industry must continually fend off allegations that they too are involved in such conspiracy groups as the Illuminati, while ABC is apparently developing a new drama based on Yale's famous Skull and Bones fraternity.

Surely most anyone would see the wide-reaching appeal that such a clandestine operation might have through it's silent operations (and in the case of the Skull and Bones, it seems to nearly be requisite for holding higher political office in America). So maybe there's justification for embracing this attitude, I stopped and considered a short while ago, during one of my frequent holidays spent prancing amidst the snow fields of the polar ice caps, searching for Admiral Byrd's entrance to the Hollow Earth. Could we gain from embracing secret societies, rather than distrusting and renounce them?

It should be noted here, however, that secret societies wouldn't be considered so "secret" if just anyone could join... and therefore, the inevitability of social disparities beyond the ranks of the secret society begins to also become apparent. If the solution for folks like us is to seek to become members of secret organizations ourselves, how does one achieve this when there are, in most cases, obvious rules for membership?

For instance, in assuming positions of secrecy and power, such organizations not only control aspects of the world around us, but they also do this while barring from potential membership of all but those who qualify by virtue of knowing certain individuals, having attended certain schools, possessing unhealthy penchants for certain varieties of foul-smelling cheese, or engaging in other such weekend elitist activity. To hell with initiation; if there's one thing that we know about secret societies these days, it's that you have to qualify before you can even be considered for membership! In essence, you're either born in, or you're out.

Herein lies yet another problem: we can't seem to beat the secret society, since elite families will always continue producing incestuous hoards of blue-blodded reptilian hybrids that will go on to assume positions in world government. To the frustration of many, we can't any more simply just join them in their quest for ultimate power and dominion over the universe than we can get Sasquatch to stand still long enough to have his picture made. So the next best option available (an admittedly close second, as it's listed directly below "join a secret society" on page seven of the Covert Activity Playbook) is to form an all new secret society, with all new parameters for operation and membership.

Now admittedly, my own first proposed experiment with the creation of a secret society is still in the very beginning stages, so bear with me. But right from the outset, I'm beginning to feel that I'm learning some of the more proper activities secret societies engage in. I'd tell you more, but I've been made aware that I shouldn't at this time (and don't worry about "who" made me aware specifically right now... you're really not supposed to know that, either). Every good secret society should also have a mythos surrounding it as well, and so at very least, a few of the mysteries behind the World's Most Secret Society have been posted online for others to pour over as they please. No, seriously... click the link, we're able to tell you a little, at least. 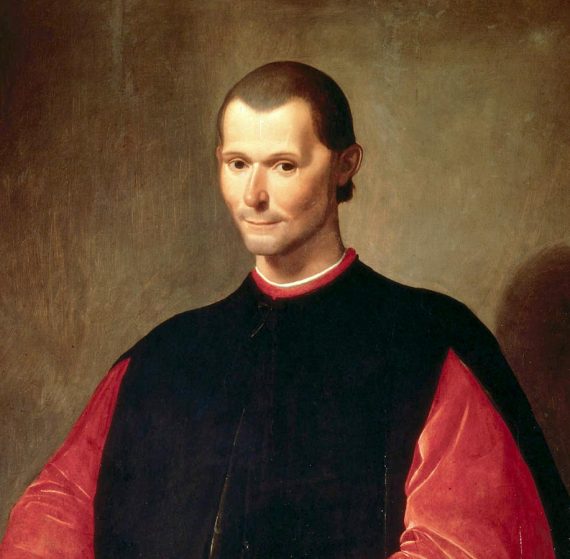 Finally, who better to become our mascot than the original advisor to radical dictators himself, Niccolo Machiavelli (no, he's not a hip-hop artist, he was an Italian political theorist who died a few years back). Why Machiavelli, you might ask? It's really simple... Machiavelli, with his no-holds-barred attitude toward how a successful authoritarian leader should conduct himself, as outlined in his most famous work, The Prince, has both infuriated members of the proletariat for decades since its authorship, as well as caused some political philosophers to question whether the man was entirely serious about what he wrote (oh yes, we can assure you, he was). He was, at very least, as serious as I am demanding that every one of you (who have somehow stayed with us this far) be about what they are reading. Secret societies are serious business, and so we need a serious mascot if we want to be able to have the same effectiveness at striking fear into the hearts of many as organizations today, like The Trilateral Commission, The Council on Foreign Relations, The Bilderburgs, the Tea Party (wait, you didn't know they were a secret society?) and so many others that make the Freemasons look like an Appalachian fungus study club (which many Freemasons are also members of, I'm been told).

As you can probably imagine, there is really so much more that could be said... but we shouldn't, and therefore, we won't. After all, some things are better left, well, secret. I've already probably told you more than you need to know, or wanted to know, for that matter. But so far as secret societies go, our global elitists can laugh all they want, and roll around in their swimming pools full of Jell-O drinking goat's milk from baboon skulls. But none of them will ever again have the satisfaction of knowing that they are The World's Most Secret Society. As of now, we're officially stealing their thunder.