The Highpoint of a Cover-Up

Between the nights of December 26 and 29, 1980, multiple, extraordinary UFO events occurred within Rendlesham Forest, Suffolk, England that involved military personnel from the nearby Royal Air Force stations of Bentwaters and Woodbridge. Since that now long gone period, countless U.S. Air Force personnel, who were stationed in the area at the time, have spoken out regarding their knowledge of a small, triangular-shaped object that was seen maneuvering in the forest.

Others described seeing in the dark woods almost ghostly, extraterrestrial-type beings of short size and with eerie, feline-like eyes. Strange and unknown lights were seen dancing around the night skies, circling both the forest and the twin military facilities. There were stories that the amazing movements of the UFOs were caught on radar. And there was even hushed talk of those military personnel involved in the incident being silenced by ominous Men in Black-style characters.

At least part of the incredible saga has been officially documented. It comes very close to chillingly paralleling the final scenes in Steven Spielberg’s 1977 movie, Close Encounters of the Third Kind. On January 13, 1981 Colonel Charles Halt, a prime witness to a significant number of the curious events that took place in Rendlesham Forest, wrote a one-page memo to the British Ministry of Defense that outlined a wealth of extraordinary UFO-like activity in the area that spanned the course of several nights.

In Halt’s very own words, which were born out of his personal recollections, “a red sun-like light was seen through the trees. It moved about and pulsed. At one point it appeared to throw off glowing particles and then broke into five separate white objects and then disappeared. Immediately thereafter, three star-like objects were noticed in the sky…the object to the south was visible for two or three hours and beamed down a stream of light from time to time.”

The affair – arrogantly and outrageously dismissed by the British government as being of no defense significance whatsoever, and likely due to the misidentification of nothing more than a nearby lighthouse, I kid you not - has been the subject of a significant number of books, intense media coverage and even vigorous questioning within the highest echelons of officialdom. More than thirty years after the strange events occurred, they continue to provoke furious debate within the UFO research community.

One of the reasons why that furious debate shows no sign of going away is that certain files on the affair – extremely significant files, it should be stressed - appear to be, ahem, missing.

One of the little known rumors surrounding the Rendlesham Forest case is that at the height of the strange encounters a panicky British Government was on the absolute verge of evacuating a number of nearby prisons, all in the county of Suffolk, too. In the 1980s, the late Graham Birdsall, who was the editor of Britain’s UFO Magazine from the 1990s to the early 2000s, had the opportunity to speak with one George Wild – a prison officer at Armley Prison in the English city of Leeds - who had some intriguing data to impart on this notable aspect of the story.

According to what Wild told Birdsall, a senior prison official from the British government’s Home Office had once let it slip to him, Wild, that high-level orders had arrived at the nearby HM Prison Highpoint North advising staff to prepare for a possible evacuation of the inmates due to a matter of grave national security. The date was December 27, 1980. Well, if that was the case, wouldn’t the prison-governor’s official log-book for that period reveal and reflect the facts? Indeed, it might. That is, if we could find and study its potentially priceless pages. 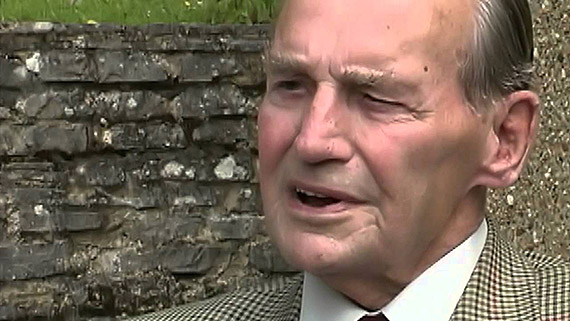 The late Lord Hill-Norton, who served as Chief of the British Defense Staff from 1971 to 1973, had a deep and personal interest in UFOs in general, and an even deeper one in Rendlesham specifically. On October 23, 1997, he officially raised in the British government’s House of Lords a question concerning the alleged, unusual activities at HM Prison Highpoint North, as outlined to Graham Birdsall by George Wild a decade earlier.

The exchange, from the official record, reads thus: “Lord Hill Norton asked Her Majesty’s Government whether staff at Highpoint Prison in Suffolk received instructions to prepare for a possible evacuation of the prison at some time between 25 and 30 December 1980, and, if so why these instructions were issued.”

The official response to Hill-Norton: “I regret to advise the noble Lord that I am unable to answer his question, as records for Highpoint Prison relating to the period concerned are no longer available. The governor’s journal is the record in which a written note is made of significant events concerning the establishment on a daily basis. It has not proved possible to locate that journal.”

And we're supposed to believe that Rendlesham was of no consequence to British authorities...?

Seven Signs the Exorcist You Hired Sucks at His Job