The Wild Kids of Woolpit

Woolpit is an ancient English village situated between the Suffolk towns of Bury St. Edmunds and Stowmarket. And it's a village with a very strange story attached to it. So the tale goes, back in the 12th Century, a young girl and boy, of strangely green-hued skin, appeared in Woolpit one day, claiming to have come from a magical place called St. Martin’s Land. It was, they said, a place which existed in an atmosphere of permanent twilight, and where the people lived underground, on nothing but green beans. While the story has been relegated by many to the realms of mere myth and folklore, it may not be just that. It might, actually, be much more.

According to the old legend, the two children remained in Woolpit and were ultimately baptized by the villagers, who accepted them as their very own. And although the boy ultimately fell ill and died, the girl did not. She thrived and finally lost her green-tinged skin to normal coloured skin of healthy appearance. She also, somewhat in defiance of the disapproving attitudes of certain members of the village, became, as it was amusingly termed back then, according to the legend, "rather loose and wanton in her conduct." 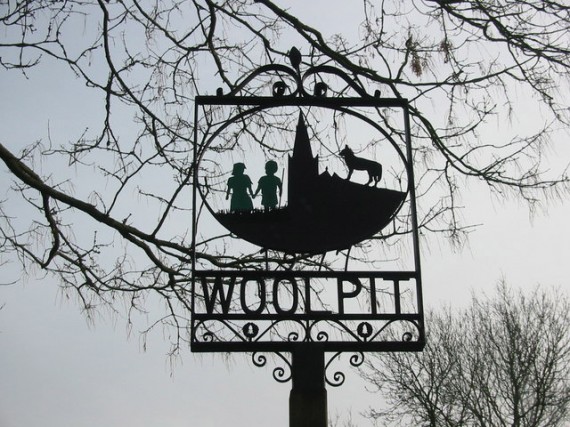 That both wild children were reportedly green-skinned and allegedly lived underground in a mysterious locale, has led many to disregard the tale out of hand as one of fairy-based, mythological proportions and nothing else whatsoever. Others have suggested they were nothing less than full-blown extraterrestrials; little green men, perhaps! There is, however, a far more down to earth theory, but one which is no less intriguing and thought-provoking.

The pair may have been suffering from a condition called Hypochromic Anemia, in which the sufferer – as a result of a very poor diet that, in part, affects the color of the red blood-cells – can develop skin of a noticeably green shade. In support of this scenario, Hypochromic Anemia was once known as Chlorosis, a word formulated in the early 1600s by a Montpellier professor of medicine named Jean Varandal. And why did Varandal choose such a name? Simple: It came from the Greek word Chloris, meaning greenish-yellow or pale green.

Therefore, we might very well, and quite justifiably even, conclude that the strange children of Woolpit were definitively wild in nature. And they may certainly have lived poor and strange lives, very possibly deep underground, in a series of caves, or, perhaps, under a thick canopy of dense forest of the type that dominated England at that time. And a poor life may also have meant a very poor diet - hence their strange-looking skin.

Jon Downes is the director of the Center for Fortean Zoology and someone who, in March 2012, I interviewed on this very topic of the green children of Woolpit and the potentially related phenomenon of "feral children." Jon noted in relation to the controversy, as well as in regard to the bigger issue of legendary "wild men" that...

"I believe that all over the world, at various times – including Britain - there have been people that have regressed back through the layers of society and civilization. In some cases of so-called feral children, they have been found with a fine down of hair all over their bodies. This is something that is quite well known, and is something that can appear in conditions like Anorexia, or where, for whatever reason, a person is very malnourished. They start to develop fine hair on their bodies, under certain circumstances." 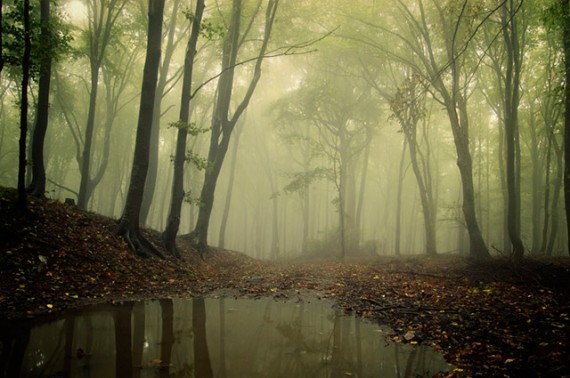 Jon is correct in his words. The hair in question is known as Lanugo Hair. On occasion, when anorexics descend into definitive starvation mode, they may start to develop fine, white hair – typically on their face, back, chest and legs. The reason why it develops is actually quite simple.

As starvation increases to severely dangerous degrees, and as the body starts to lose its precious and much needed supplies of fat, which help insulate the body from the cold, it reacts by provoking the production of Lanugo Hair, as a means to try and compensate and offer the body some degree of warmth. Back to Jon:

"I think it is quite possible that you may have had situations where individuals - in earlier centuries and in Britain and elsewhere - may have been cast out of their village. Maybe they were just mentally ill, but the people of their village were in fear of them, so they were banished to the woods or whatever.

"They may have lived in the wild from then on, eking out primitive existences, and who being malnourished, may have developed fine hair over their bodies that then gets coated and matted with mud and leaves, and suddenly you have legends of wild men. They may have even bred if there were groups of them. Others, like the children of Woolpit, may have developed a green color to their skin.

"And it wouldn’t surprise me at all if, maybe, this led to at least some of the legends of wild men - and children, such as those of Woolpit - in Britain."

A rational answer to the mystery? It certainly makes sense to me!