What’s Up With Fooling Kids Into Thinking UFOs Have Crash Landed?

It was just like something out of a science fiction film... at least if you were one of the readers of The National, an english language news site that covers current news and happenings in Abu Dhabi.

“I thought aliens invaded the world,” eleven-year-old Emirati Mohamed Al Romaithi was quoted saying, amidst other excited commentary her classmates provided. “When I walked in," said young Eshita Batra, "there was a police car and the lights were blinking." Thinking there had been an accident, she ran toward the blinking lights to try and learn what had happened. “It’s a spaceship!” one of her peers could be heard saying, describing the strange, pentagon-shaped object, as another asked if her teachers could pry it open to see if there might be space aliens inside.

The casual reader is usually several paragraphs into such stories by the time the entire thing is revealed as a "writing exercise," aimed at sparking creativity in the minds of young students. However, if it sounds as though I'm ascribing a certain sort of rhythm or other systematic unity in presenting these events, it's because it's all been done before... time and time again. The question is, what benefit is actually served by repeatedly fooling schoolchildren into thinking aliens have landed?

Indeed, by now it's just down right strange to me that, in several different countries spanning the last several years, faculty and staff have gone to great lengths in order to fool schoolchildren into thinking a UFO has crash landed in their schoolyard. Earlier this year, a similar incident occurred in England, where students arrived for class to find a remarkably elaborate "saucer" embedded partially into the concrete in a mock UFO crash-landing. The same stunt was made part of a month-long writing exercise that transpired in 2009, as part of a UK-based group called Creative Partnerships, managed by the Arts Council of England with funds supplied by groups that include the Department for Children, Schools and Families and the Department for Culture, Media and Sport. 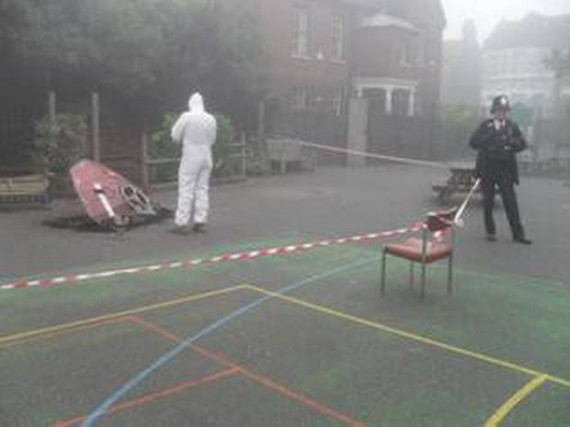 “As adults, we’re often guilty of not allowing our imagination to be set free,” Mr. Allistair Bond, principal of the school featured in Abu Dhabi's The National article, told the press. “Having days like this encourages them to increase their curiosity to have their imagination stimulated, but it’s also something they’ll remember for the rest of their lives.”

There's no question about whether they'll remember it or not, especially when teachers are asking questions like these:

“I need to make sure everybody’s here and that they haven’t taken anybody,” said Matt Booth, a grade 6 teacher and head of the upper school. “Ali, Ali, are you safe? Hamdan, are you alive?”

I don't mean to come across sounding too critical here, as I recognize that this entire thing is meant to be taken pretty tongue in cheek. And I, for one, as a schoolboy of only eleven, would have absolutely loved having my classes cancelled for an entire day, so I could perform an investigation of an alleged UFO landing. Also keep in mind here that yours truly had been the very one who, by third grade, was having points taken off my classroom written reports because I had chosen to discuss UFOs in them. In once case, a parent-teacher conference had even been scheduled, because of my teacher's worries about my insatiable interest in ETs.

And yet, in retrospect, there are other things I wish someone might have been able to instruct me about more carefully at that impressionable age; these include the scientific aspects of studying the world around us, and how we might seek to understand what a UFO is... with, or more importantly, without having to tie it in with popular memes like alien beings and abductions... which as this article indicates, have become the very sorts of things that UFO studies are inescapably paired with in nearly every instance. In doing so, whether or not it was the intended goal with such an elaborate series of creative writing exercises (now having occurred in several locales across the globe), one of two things still emerges:

In truth, there are more than plenty instances where strange deaths and disappearances have transpired in various parts of the world. Some of them are inexplicable in nature, and others are so strange that the assertion of something otherworldly--possibly a UFO connection--can hardly be avoided in the minds of some. Whether or not this can indeed be considered in every such instance, especially when proper logic is applied, is another question entirely; and yet, there are also stories the likes of that recounted during the famous dispatches made by Frederick Valentich during his final flight across the Bass Strait, south of the Australian mainland, in October of 1978. While we don't know the precise cause of his disappearance, what Valentich related as he flew along (reported in dispatches to Air Traffic Control in Melbourne) involved a ghostly green illumination which performed aerial acrobatics around his Cessna as he flew along... his final words famously described the object hovering over him, before radio communication was abruptly lost, along with Valentich and his plane. 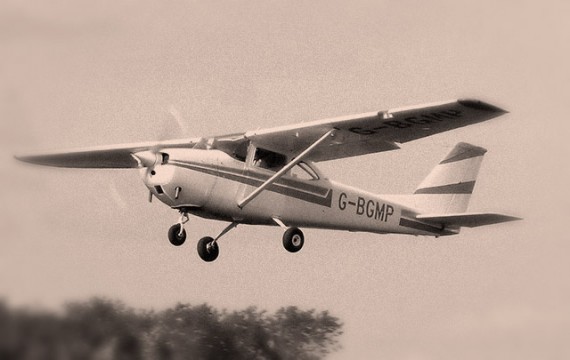 What Valentich described, in what we presume to be his final minutes, hardly "proves" that aliens are visiting us, or that their strange spacecraft are swallowing our planes. Interestingly, apart from this there is a compelling body of information regarding aircraft, both military and civilian, that have disappeared in odd ways since the late 1940s. All this shows us, with certainty, is that anomalous disappearances have taken place more than once, although it has caused many to follow speculative threads toward stranger possibilities underlying such disappearances.

General treatment of such subjects by the media does generally trend toward outright dismissal, or the inevitable carnival that tends to crop up around the sensational possibility that surrounds the idea of alien contact. In exercises like these, we see a bit of each of these, in that media agencies are able to tell the tale in such a way that, at the outset, often tends to act in journalistic fashion as though questions are merely being asked, and for the first several paragraphs, leading the reader on a bit of a chase before revealing the entire thing is bogus... but done so nobly, in the name of education and adherence to creativity.

I wonder sometimes, in truth, if the children really draw that much benefit from the insinuation of such tomfoolery at all. Especially when it involves "exercises" surrounding a subject that, despite having some serious and compelling elements, is seldom studied or treated with any actual seriousness. If the school boys and girls aren't the ones this is designed to favor, who then, is the recipient of the great pie in the sky, or as we see in this case, the great hovering upturned pie plate that crashed by the swing set?