Capturing and analyzing electronic voice phenomena (EVP) is more involved than many amateur ghost hunters realize, and this lack of understanding results in shoddy results at best.

I have to admit, until I really began researching EVPs I fell into this crowd of amateur ghost hunters armed with a single recording device who never put enough thought into it to collect results that were worth a damn.

On the few ghost hunts I’ve been on, the digital recorder was little more than an afterthought to what I was doing on site. This is an easy trap to fall into, because stalking around an allegedly haunted location in search of entities from the other side is sexy business. It’s alluring and fun, especially when it’s done in the dark.

This is total speculation on my part, and fairly uneducated speculation at that, but I’d venture to say the bulk of people who claim to be amateur ghost hunters fall into the same category I did on the few hunts where I’ve been actively involved. 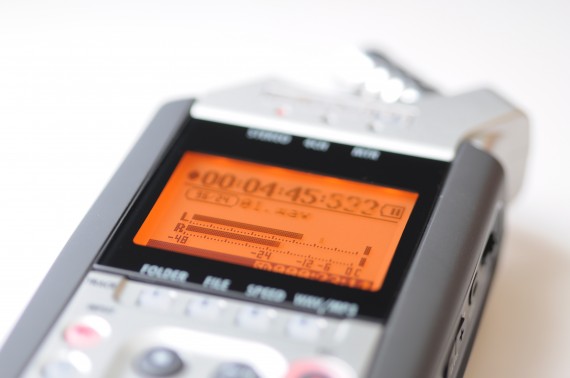 All I have to do is turn on the recorder, right?

When is anything worth doing in life simple?

Sex is at the core of our existence, and while the act itself might be simple, the relationships that surround it can be maddeningly complex.

Recording EVPs isn’t anywhere near as complicated as trying to score with someone who you find attractive, but there are a few things that need to be understood.

Every model of digital recorder, or cassette recorder if you’re still doing things the old-school way, have their own limitations. They each have a specific range of frequencies they can pick up without augmentation from an external microphone.

They each have their own characteristics when it comes to the type and amount of background noise inherent in the recordings. Depending on who you ask, background noise picked up by the recorder might not be such a bad thing in every situation.

EVPs are electrical impulses, and are not audible to the participants while the recording session is going on. If voices are audible, then they are considered disembodied voices, not EVPs.

In a recent study of EVPs, seemed to verify the long-held belief that white noise and other background sounds, provide an audible pallette for ghosts to manipulate into voice phenomena heard only on playback of the recording.

Using just one recorder during a session intended to capture EVPs does not allow one to verify the noises being heard are an actual electrical manipulation of the equipment to create the voices, versus an audible sound that wasn’t noticed during the session.

It turns out the human mind is only capable of focusing on so much information at one time, which makes it quite easy to miss a faint noise from another room, or outside, when a session is taking place. It can also cause us to not register information that appears right before our eyes.

For example, there is a famous experiment where viewers are asked to watch a video, like a basketball game for instance, and count the number of times there is a change of possession. While the subjects focus on counting the changes of possession, they frequently miss seeing the guy in a gorilla suit who slips onto the court, does a little jig, and walks off. Magicians prey upon our brain’s inability to see all and absorb things that take place right in front of us.

Effective EVP capturing takes into account our sensory shortcomings, and involves methods for countering those flaws. Just pressing record on your device does not accomplish any of this. 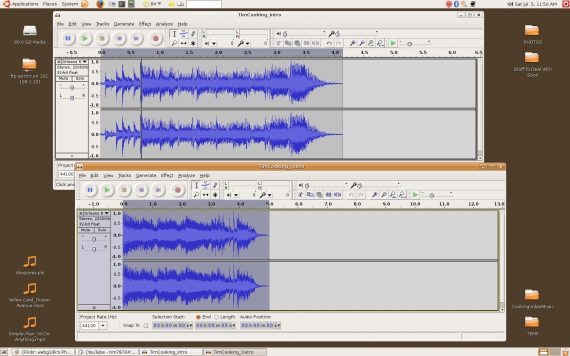 Analyzing the Recording Isn’t That Simple Either

This where the complexities of the human brain shines through even more prominently than it does when recording.

During the recording session, it’s easy for us to miss things that we probably shouldn’t have missed because we were focusing our energy on other matters.

Listening to the playback of a recording session opens up a new flaw in our minds, and that is the brain’s desire to make sense of things that might be completely random and nonsensical.

One of the biggest issues to look for when listening back to an EVP recording session is apophenia, and more specifically Pareidolia.

Apophenia is the term used for the mind’s determination to make sense out of random info by trying to find patterns or something familiar. When it comes to sound and vision, pareidolia is the label given to that specific kind of apophenia. It can cause us to hear words, or voices, in audio tracks where there really are no words or voices to be heard.

While people wanted to believe John Lennon confirmed the supposed death of Paul McCartney on the track Strawberry Fields Forever by saying, “I buried Paul,” the reality of it is, he allegedly says, “Cranberry Sauce.” At the time, though, the conspiracy theory about Paul dying and being replaced with a look-a-like was a hot topic, making it quite easy to twist the sounds into something they weren’t simply because the Paul’s Dead Conspiracy was on the listener’s mind.

When you want to hear voices in seemingly random noise, it’s easy to psych yourself into hearing what’s not really there just because you’re looking for it.

If it’s not psychology interfering with the process of identifying EVPs, it’s the lack of taking appropriate measures to control the environment as much as possible to better prevent the misidentification of sounds picked up by the device.

Without such careful planning and protocol being implemented, very little value and validity can be given to any results that might be captured, no matter how legit they might be. 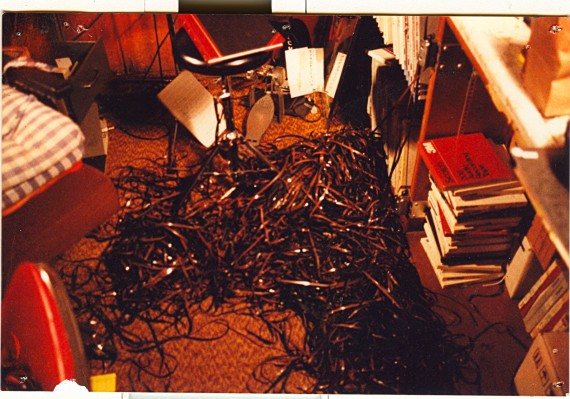 Tips From the Pros for Good EVP Capturing Protocol

It’s no wonder the skeptics don’t give much credibility to EVP results like those so frequently shared on the Internet. There are just too many factors involved that could contaminate the results, or just twist the results into something their not.

By taking a few extra steps to adhere to a common protocol among the ghost hunting community, is at least a step in the right direction to achieving legitimacy.

Here are a few resources to guide you toward better EVP capturing practices:

This is a long, detailed document describing not only what an EVP is, but the different types of EVPs, along with detailed procedures, complete with reference material.

This piece touches on the concept of using background noise, like white noise, to get better results with EVP recording. It also discusses consistency with alterations done to audio via editing software.

Voice characteristics, session preparation, and the importance of keeping logs are at the forefront of this tip sheet from ATC.

This is a website dedicated to all things EVP, and it has a wealth of information, research results, and tips for getting started and fine tuning your approach to recording EVPs.