One of the intriguing threads in the never-ending Roswell affair of July 1947 is that which posits a link between the craft and bodies that came down on the Foster Ranch, Lincoln County, New Mexico and the activities of the Japanese military. In 1997, Popular Mechanics magazine published an article written by columnist Jim Wilson on the Roswell controversy. In part, Wilson revealed that Popular Mechanics had been told of a looming release of files that could possibly shed more light on what happened at Roswell.

Not only that, Wilson very specifically stated that the magazine had been informed the paperwork in question would document a Japanese equivalent of the post-Second World War Operation Paperclip. As it transpired, such files ultimately did not surface. The story, however, does not end there.  Sergeant Melvin E. Brown, who claimed to have seen the Roswell bodies shortly after they were recovered, said they had yellowish skin and an Asian-style appearance.

Similarly, the late John Keel revealed his knowledge of a Japanese link to the Roswell affair. He claimed contact with a number of sources who maintained that reports of "crashed UFOs" and "dead aliens" in the southwest of the United States in the 1940s were due to operations involving Japanese balloons and crews.

Writing in Fate magazine (in April 1993), Keel said of possible, highly secret, post-war assaults by Japan against the United States: "If such a project was launched, they would have selected the smallest, lightest volunteers available…It is also likely they might have expired during the trip…their complexions would have been very odd, discolored by the cold…”

Keel concluded on this matter: “If even one such volunteer balloonist attempted the trip and crashed, we would have the answer to all those rumors and legends which persist to this day.” 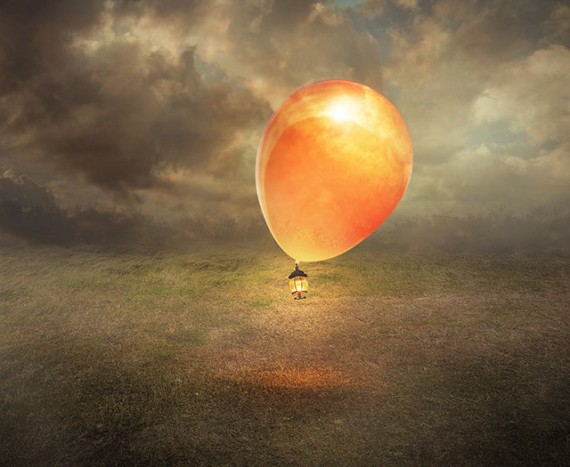 And, with that all said, it's now time to turn to a certain Dr. Lincoln LaPaz.

According to the testimony of now-deceased Counter-Intelligence Corps operative Lewis “Bill” Rickett, one of those that he worked closely with on an investigation of the object that crashed on the Foster Ranch, New Mexico, in the summer of 1947, was Dr. Lincoln LaPaz of the University of New Mexico.

That LaPaz was the director of the university’s Institute of Meteoritics and was later involved in a study known as Project Twinkle, the purpose of which was to investigate sightings of strange "green fireballs" seen in the New Mexico region and elsewhere in the late 1940s and early 1950s, has led many commentators to assume that this logically infers an other-worldly point of origin for the Roswell wreckage.

It is a seldom-discussed fact, however, that while it is true that LaPaz did undertake work for Project Twinkle and was a renowned expert on meteorites, he was also one of the government’s leading experts on Japan's Fugo "balloon-bombs" that were launched against the United States during the latter stages of the Second World War.

As evidence of LaPaz’s deep connection to the wartime studies of Fugo balloons undertaken by the Government, consider the following press release titled New Mexican Had Lookout Job For "Japanese Germs" and issued by the University of New Mexico shortly after the close of hostilities in 1945:

"Dr. Lincoln LaPaz of the University of New Mexico was in the thick of the fight against Japanese plans to send disease germs into America by balloon, said President J.P Wernette of the University today. Commenting on stories from the Navy in Washington revealing that use of germs and viruses in the Jap balloon-barrage was an enemy project as the war came to an end, Dr. Wernette said that Dr. LaPaz, head of the department of mathematics and the University’s Institute of Meteoritics, was with the government’s secret anti-balloon project during the war."

"'If the war had not ended when it did, in the opening stages of a full-scale balloon offensive which probably would have taken place between October 1945, and now, when the velocity of the west wind at high altitude is greatest, this country would have had unpleasant experiences,' Dr. LaPaz said today. 'People most concerned were trained scientists, and stockmen, too, he said. Anthrax spores could have been sent over in the paper balloons in great numbers, and Manchurian sheep pox could have easily struck the hooved animals of this country because the disease has not been found here and there would be no natural immunity, Dr. LaPaz went on. 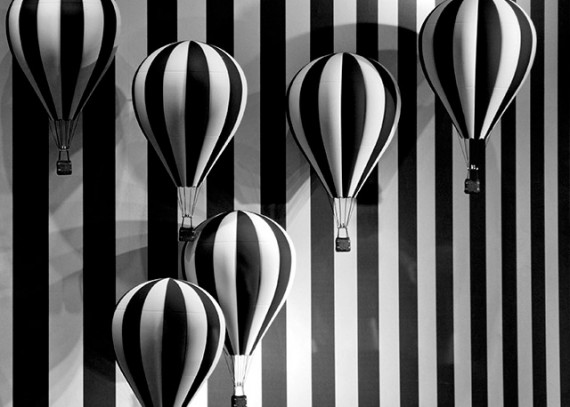 "'But the Japanese, using radio devices to locate their balloons on the flight to this country, apparently did not realize that we could pick up the signals an find the balloons before they reached the mainland,’ said Dr. LaPaz."

A similar press release issued by the University of New Mexico – also in late 1945 – describes further data on LaPaz and his research into Fugo balloons and meteorites:

"Observers, watching for meteors, thought they had something when they saw some brilliant lights in the sky from February to May, 1945. And they did, said Dr. Lincoln LaPaz, mathematics department head at the University of New Mexico and director of its Institute of Meteoritics, today.

"The displays were actually made by Japanese balloons, Dr. LaPaz said, revealing the history of a scientific study of meteors which went on before and during the time that Dr. LaPaz was busy in secret government work of studying and combating the balloon offensive [Nick's Note: Italics mine].

"Nevertheless, a few months later, on Nov. 29, 1945, a great meteorite fell slowly across northern California and Nevada, and observers mistook it for everything from a jet plane to a Hollywood publicity stunt. Members of the Society for Research on Meteorites and the American Meteor Society, thought at first that it was a new type [of] Japanese balloon bomb."

And there ends the quote.

Does any of this actually prove a Japanese source for the events that have collectively become known as the "Roswell Incident"? Nope, not at all. But do I find it all very interesting, intriguing and worthy of further digging? Yep...

Arnold’s Flying Saucers: Were They Saucers at All?