Last week I wrote an article here titled An Extraterrestrial 007? It was an article that generated a great deal of interest, since its subject-matter was an intriguing one: the alleged spying, by nothing less than a literal alien, on the top secret work of a British company with links to the British Ministry of Defense: Marconi.  It was also an article that brought forth a number of comments and observations.

After the feature was published, one person suggested I should have included more data on how and why the witness contacted me. A second accused me, outright, of making the whole thing up. And a third stated that those who wish to have their names withheld can never be trusted. Collectively, this got me thinking about anonymous sources, their value, and how we - as a research community - should deal with them.

But, before that, a bit more about the Marconi story. First, there was no need - at all - for me to add any data on how and/or why the witness contacted me, as it had zero bearing on the story. In other words, I wasn't doing any research into Marconi and UFOs at the time, and the only reason the witness contacted me to share her account is because she enjoyed reading my articles in the old, now-defunct British-based UFO Magazine.

So, what's the point in me sharing background data that has no actual relevance to the matter under the microscope?

As for the scumbag who accused me of being a liar: the fact is that the witness has already gone public with the story herself. If people ask me not to reveal their names, I don't. I am someone who takes witness confidentiality very seriously. I signed a form agreeing that if I published the story it would remain free of any reference to the real name of the witness. That document still stands to this day, nearly 20 years after the story was provided to me.

That the witness has gone public, however, does not mean I am going to violate my contract. But, if you choose to check it out, you can find the witness' account online here, in her own words, and in her own, real name, and which adds a few more details to my An Extraterrestrial 007? article. So, the story is real, the source's name is in the public domain (but not via me), and I did not make the story up. 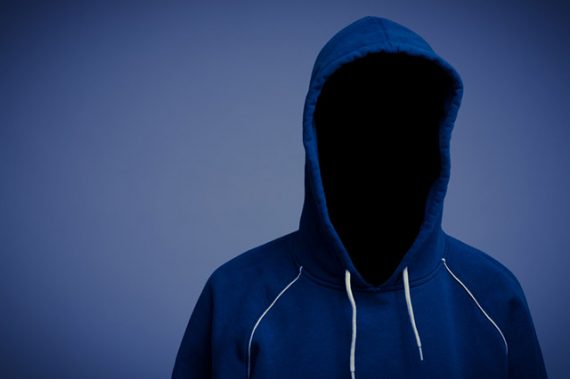 Moving on: there is the matter of my 2005 book, Body Snatchers in the Desert, which detailed a controversial theory for the Roswell, New Mexico affair of July 1947. It's a book which suggests the event actually involved not a UFO, but a high-altitude balloon with a human crew. One of the criticisms of the book was that, to quote one reviewer, "all of the information comes from anonymous interviewees." Nonsense. Only two people in the book are unnamed. I refer to them as "the Black Widow" and "the Colonel." Everyone else appears with their real names.

There is, however, nothing at all anonymous about either "the Black Widow" or "the Colonel." When the book was at editing stage, the legal people at Simon & Schuster (the company that published Body Snatchers) requested that I provide them with the relevant information (names, backgrounds, etc.) on the interviewees, which I did, fully. So, my sources in Body Snatchers were not anonymous sources. They were unnamed sources, which is an altogether very different thing.

One year later, in 2006, I penned a book titled On the Trail of the Saucer Spies. A significant amount of material in the book was provided by a retired employee of the British Police Force's Special Branch. He was adamant that he did not want his name to appear in the book so, instead, I referred to him as "the Sandman." He made a number of intriguing (and lengthy) statements to the effect that, back in the 1990s, certain British-based UFO investigators were secretly watched by Special Branch.

The reason for watching those same researchers was not for their UFO studies, however. Rather, it was because Special Branch feared they were using their UFO investigations as a cover for far more nefarious matters that might have had a bearing on national security, such as spying on military bases for potentially hostile organizations and nations. Two British researchers, in particular, that the Sandman referenced as being very closely watched were Matthew Williams and Robin Cole.

At the time Saucer Spies was published, certain people in Ufology said it was utterly laughable to think that Special Branch might have been involved in watching Williams and Cole (even tangentially). And, yet again, I was criticized for using an unnamed source.

Well, the doubters were finally made to shut up in July 2012 (six years after Saucer Spies was published), when - under the terms of the British Freedom of Information Act - the British Government released certain papers on Cole and Williams, showing that both men were secretly watched by Special Branch in the 1990s and for the very reasons "the Sandman" maintained.

Here, below, is the British Government's summary on the files on Williams and Cole:

"File DEFE 24/1984/1 (p294) contains a 1996 Parliamentary Question from Martin Redmond MP asking on how many occasions MI6 and GCHQ have monitored UFO investigations. This was interpreted to mean 'have the agencies been keeping watch on UFOlogists.' A background briefing says 'neither agency in fact undertakes such activity, though GCHQ cannot rule out the possibility' they had monitored 'in other contexts individuals who have made a study of UFOs'. The MP was told the government do not comment on the intelligence and security agencies (p298).

"File DEFE 24/1987/1 (p262-65) reveals that in 1997 Special Branch took an interest in a UFOlogist who became obsessed with rumors of a secret UFO facility beneath RAF Rudloe Manor in Wiltshire. The base had become known as the British equivalent of the secret US military airbase 'Area 51' among conspiracy theorists. An internal note said 'Special Branch…do not believe he poses a specific threat to security, but they are alert to the risk that others may use him as a conduit for their activities.'"

It was Cole who caught the attention of Special Branch and GHCQ and who was duly "monitored" (as the file notes), while Williams was watched for poking his nose around RAF Rudloe Manor. And, note the final words of the summary document on Williams: "'Special Branch…do not believe he [Williams] poses a specific threat to security, but they are alert to the risk that others may use him as a conduit for their activities.'"

This, you will note, is exactly what "the Sandman" told me more than half a decade before these documents even surfaced: namely, that Special Branch didn't care, at all, about Williams' UFO studies, but were more concerned he could be used by hostile groups and individuals not having the best interests of the UK at their heart, which is very understandable.

So, what's my point? Well, I'll tell you. So-called "Anonymous sources" are rarely 100 percent that. The unnamed people I interviewed for Body Snatchers certainly aren't anonymous, as their identities are known to the publisher's legal people. My source for the Marconi story has placed her name in the public domain, even if I have not. And, for all the criticism I got for using the claims of "the Sandman" in Saucer Spies back in 2006, his story was totally (and finally) validated in 2012.

In conclusion, just because someone (a) asks for their identity to be withheld or (b) surfaces wholly anonymously, does not mean they lack credibility, are lying, or don't even exist. Those who are quick to criticize those of us who do, from time to time and when circumstances dictate, use unnamed sources, can learn a lot from all of the above. Whether they actually bother to learn or not, however, is a very different issue...

Red Pills of the Year — MMXIII