A couple of days ago here at Mysterious Universe, I penned an article titled An Extraterrestrial 007? The subject was one of the strangest reports I have ever received of a UFO-themed event in the UK. It prompted one person to email me and ask what is the strangest UFO case I have come across in the United States. Well, I can say for sure that there have been far more than a few of them! But, one that really stands out in the weird stakes is a case that became the subject of an official investigation in the early 1950s, the records on which can be found at the National Archives, Maryland, USA.

The documentation, declassified under the terms of the Freedom of Information Act, dates back to 1952, was prepared by the Air Force's Office of Special Investigations, and is titled "Unconventional Flying Objects Sighted; And Portions Recovered by [Note from Nick: First name deleted] McLean, Friona, Texas." It's a deeply weird file that is suggestive of one of three things: (a) that the witness may have been suffering from a degree of dementia; (b) something highly unusual really did occur; or c) maybe it was a bit of both.

The basics of the story can be found in the "Synopsis" section of the Air Force dossier, which reads as follows: "Special Agent in Charge, Dallas, Texas, Texas Field Division, FBI, advised this district that McLean of Friona, Texas, had reported seeing flying saucers at an unnamed point in New Mexico; had recovered three fragments which landed close to him; and had notified the Pentagon but hearing nothing had sold a portion of one object to a Russian scientist from the USSR Embassy."

Well, that's quite a summary! UFOs, physical evidence, and the Russians, no less! But was it true? That's where things get pretty murky. While the circumstances are unclear, the file reveals that the FBI somehow got its hands on a letter that 71-year-old McLean wrote to a friend in Amarillo, Texas on the subject of his find, and which the FBI then shared with Air Force Intelligence.

McLean's very own words - as contained in the aforementioned letter - go like this: "To get back to flying saucers that are real, recently I was camped on a mountain in New Mexico and saw a dim light at first circling around up high. It circled in a mile across cycle but kept descending. First the light was white but as it got lower it turned green and exploded, showering light objects in all directions. Several of those fiery objects landed close to me, most of them were buried in the ground, but I gathered up three that were only partly buried and brought them home with me." 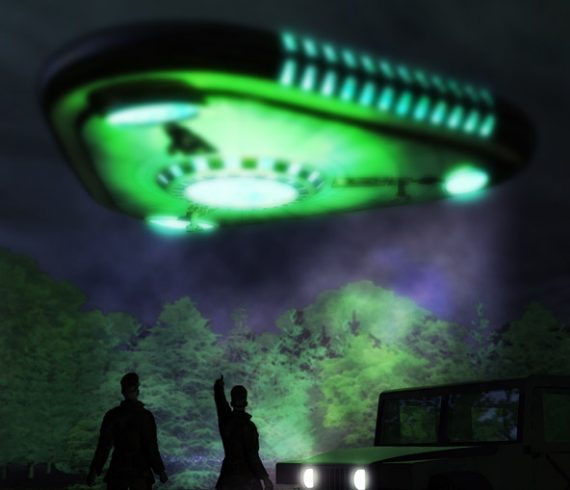 McLean continued: "I notified the Pentagon in Washington what I had saw fall. I heard nothing from them but a Russian scientist from the U.S.S.R. Embassy did come and buy one half of one of those objects. It was so hard we had to use a sledgehammer to break into. In the center was a round hole or vacuum filled with fine powder. This scientist scraped every bit of the dust up and put it in a bottle. He claims the object was uranium and other unknown minerals."

Having reviewed a copy of McLean's letter as provided by the FBI, Air Force Intelligence wasted no time at all in visiting McLean to speak with him personally. The interview was illuminating. In the company of his wife, McLean told the Air Force that he was a retired farmer and had an interest in meteors that dated back around half a century, when he took a correspondence course on the subject, and while he was in his early twenties.

Interestingly, Mrs. McLean confirmed that not only was she with her husband when the strange event occurred, but that she witnessed it too, and also saw and handled the unidentified debris that fell from the skies. When he and his wife got back home, said McLean, he quickly fired off letters to none other than Senator (and later President) Lyndon B. Johnson and also to Clinton Anderson, the Senator of New Mexico. On top of that, McLean claimed to have been called by representatives of both senators, who advised him to send the material to what McLean described as a certain "Government laboratory in Tuscon, Arizona."

And then, said McLean, something very strange happened. Quite out of the blue on one particular day, there was a knock at the door. Dressed in a smart, dark suit was a man who both looked and sounded foreign. He was - or, at least claimed - to be a representative of the Soviet Union, operating out of the "Russian Consulate in Amarillo, Texas." The man reportedly flashed an ID card to prove his credentials.

McLean, in speaking with the Air Force, denied selling any material to the Russian (which he claimed he had done in his letter to a friend in Amarillo), very possibly, one suspects, out of concern for any backlash from officialdom. All he did was give the material to the man, McLean stressed. 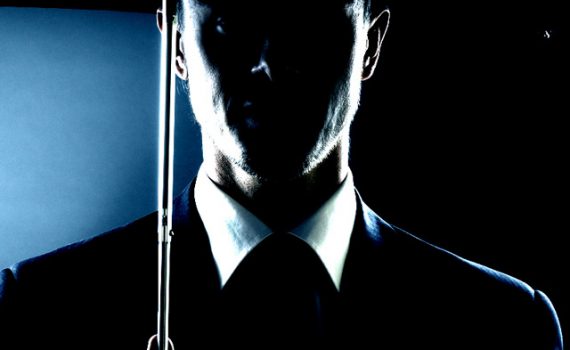 Unfortunately, while the Air Force hoped to secure at least some of the remaining debris for study, this did not prove to be the case. McLean said he mailed all of the remaining pieces to a family member in Lawrenceville, Illinois: his wife's nephew.  The file does not note if Air Force agents in Illinois followed up on this particular development in the story.

When the agents were satisfied that both McLean and his wife had told them all they could, they paid a visit to the local sheriff's office, where they spoke with Deputy Sheriff C.M. Jones of Friona. He had a few illuminating things to say about McLean. Jones, who said he had known McLean "for many years," described him as "entirely loyal," but "somewhat of a dreamer," and someone who had "merely reached that age in life where his mind had begun to deteriorate."

So far as can be ascertained, that is where the investigation ended. Perhaps McLean's mind really was on the decline due to the effects of some form of dementia. And, maybe, the whole thing was nothing more than a tragic case of illness provoking a fantasy - albeit an innocent fantasy, rather than one created for malicious reasons. But there are several other factors to keep in mind.

First, Mrs. McLean confirmed that she was present when her husband collected the  strange debris in San Miguel, Texas. Second, she also confirmed the visit from the alleged Russian. And third, she confirmed the mailing of the material to her nephew in Illinois. Then there is the matter of the letter written by McLean to his friend in Amarillo. Take a look at it again. The words hardly seem to be those of a man suffering from dementia. Rather, his words read clearly and free of any oddness or rambling.

And what of that "Government laboratory in Tuscon, Arizona." What might that have been? 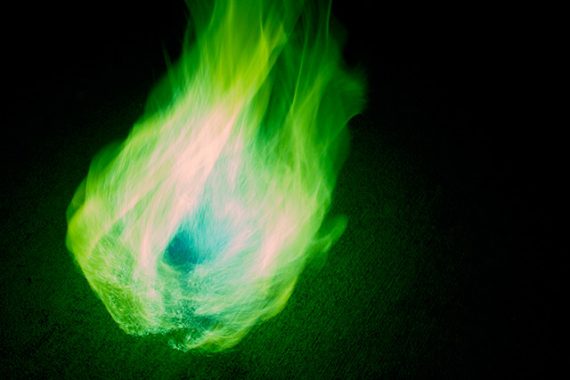 Moving on, remember that McLean said the UFO "turned green and exploded, showering light objects in all directions." This sounds very much like the so-called "Green Fireball" phenomenon that dominated the skies of the American southwest from the late 1940s to the early 1950s, and which became the subject of an official study code-named Project Twinkle.

And, finally, there's the matter of that mysterious Russian. Let's go back and have a look at what we know about him: he turned up out of the blue, was dressed in a suit, looked foreign, sounded foreign, claimed to represent officialdom (in this case, the government of the former Soviet Union), and left with some of McLean's curious debris.

It must be said that all of this strongly suggests McLean's visitor was one of the notorious Men in Black that appeared on the UFO scene in the 1940s, but who really left their mark in the 1950s and 1960s. Indeed, just about everything about the man, his appearance and his actions practically screams "MIB!"

Will we ever know the truth about this very odd affair? I seriously doubt it. It remains, today, just about as weird as it was all those decades ago...

Academia Vs Paranormal Researchers: Graduate Degrees Do Not Make Experts