Few would have been capable of marvelling the minds of men in his day the way Houdini did. His death-defying escapes and stunts, which became increasingly dramatic throughout the course of his career, would certainly have claimed the lives, or at very least, the sanity, of others who would have taken such risks under the auspices of public entertainment. Whether it be jumping from bridges, straightjacket-bound, being submerged in water for minutes at a time, or being buried alive under six feet of earth, Houdini appeared to be comfortable existing on casual terms with death--it was all part of his mystique.

Living on a razor's edge that brought him toward the brink of the afterlife more than once may have been what caused Harry Houdini to become so captivated with death, and the possibility that life in some form might exist after the passing of the physical body from this world. Famously, the death of Houdini's mother prompted him to seek for answers about the afterlife, which included occasional forays into the realm of spiritualism and the occult. But did Houdini truly believe in ghosts, spirits, and the popular mediums of the day who professed contact with the spirit realm, or did his later exploits in exposing fraudulent spiritualists tell a different story? 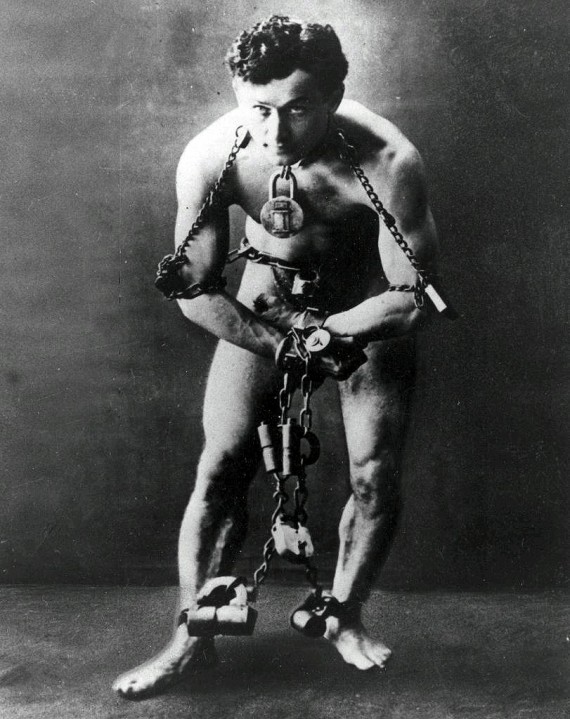 For those who have studied the life of Harry Houdini, it is already well known that he worked to debunk spiritualist mediums and fraudulent psychics, having even authored a book about this, A Magician Among the Spirits. He had become a member of the Scientific American committee, which similar to the James Randi Foundation today, proclaimed that a cash prize would be awarded any individual who could demonstrate psychic abilities under scrutiny of scientific observers. Houdini also went to great lengths to debunk mediums, which included donning elaborate disguises occasionally and infiltrating seances, where the old standard "tricks of the trade" could be easily exposed by one with such knowledge in illusions as Houdini possessed.

But his attitude toward spiritualism and mediumship had been earned with experience, not scorned outright. Following the death of his mother, Cecilia, with whom he had been very close, Houdini initially sought to find evidence of life after death. One such early attempt had involved Sir Arthur Conan Doyle, with whom Houdini had joined in attending more than 100 seances. Doyle was perhaps one of the most famous proponents of spiritualism in his day (which, ironically, stood in stark contrast with his most famous character, the strictly rational and skeptically-minded detective Sherlock Holmes). Doyle's own wife would, on one occasion, supply Houdini with an alleged message from his deceased mother, achieved through automatic writing fuelled by a trance. However, this supposed message seemed to bear a number of characteristics that aroused Houdini's suspicion, including a cross (his mother had been Jewish) and the fact that it was written in the English language, which Cecilia did not speak. 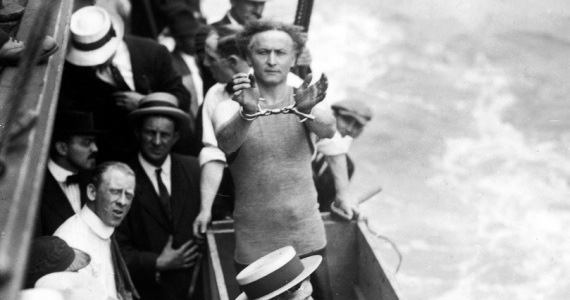 As Houdini began to accept that, whether knowingly or unknowingly, Doyle's wife had been displaying what he perceived as fraudulent psychic abilities, it was at this time that he began what could be likened to his "crusade" against psychics and mediums who used simple trickery to fool gullible participants in seances. This, of course, would create a rift between he and his former friend, Arthur Conan Doyle, who had accepted Houdini's on-stage abilities as actual mystical powers he possessed. Doyle further asserted that Houdini's own psychic prowesses might be used to attack or nullify the powers of other mediums, which he had obviously been doing as he exposed his "enemies" as frauds. Sadly, the former friendship that Doyle and Houdini had maintained would never recover from their departure in ideologies, on the grounds of belief in a psychic potential within the world, vs. Houdini's renouncement of it.

But had Houdini truly renounced the possibility that there might be more to this world than what the five senses can perceive? A more likely scenario was that Houdini, unlike the ideological skeptics of today, did not fully renounce those things he could not perceive, but instead chose to expose those things professed as evidence of them, but which obviously were not. In all walks of life, whether it be in religion, politics, or the particularly volatile realms of finance and commerce, there are charlatans and hucksters who would seek to profit in name or in dollars--often both--with no sense of scruples by which their intentions seem to navigate with respect to others. Houdini had not fully renounced spirits, the afterlife, or the unexplained... he had renounced those who he perceived as being misrepresentations of those potentials.

Of his death, much could be said, and the variety of stories (and embellishments) that have arisen over the years would have many believing that some secret plot, or even the workings of forces from beyond, had intervened in claiming the life of the famous magician. In truth, despite his fearlessness, Houdini had been suffering from appendicitis, which is believed to have escalated into peritonitis after he failed to seek treatment. Once his state had worsened to a critical stage, the ensuing illness would claim his life, although many have questioned whether his interaction with a student only days before his death, at which time he was struck in the solar plexus (part of a routine Houdini often performed which showcased his endurance and apparent invincibility), might have been involved with the ruptured appendix. 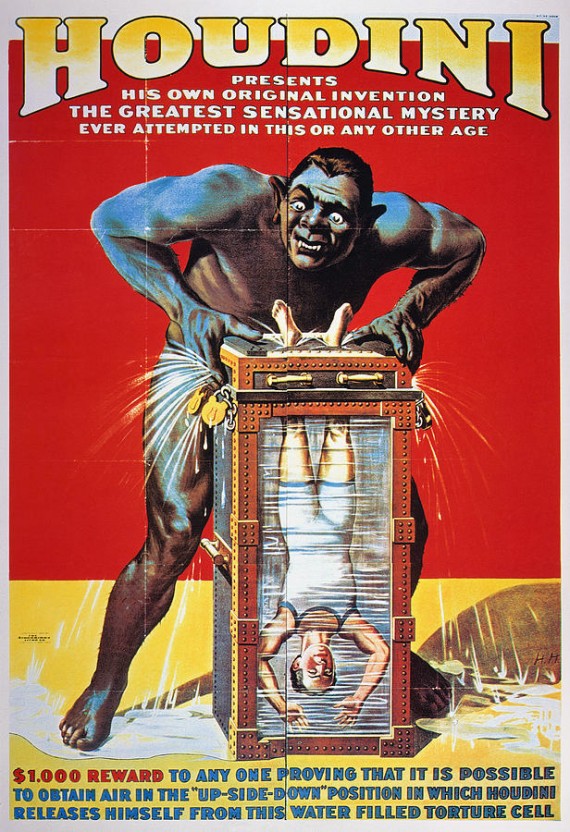 But Houdini, who died young even by the standards of his day, could not resist the temptation of one final experiment. Some time before he died, Houdini instructed his wife, Bess, to look for evidence of his communications from the afterlife. In order to make certain that the experiment had worked, the simple message that Houdini would relate was decided to be, "Rosabelle believe," excerpted from a play she had performed years earlier. Once Houdini had passed, Bess would indeed look for evidence of his persistence in the great beyond, holding private seances every Halloween (also the anniversary of his death) for a decade. Despite her numerous attempts to find proof that Houdini had passed to an afterlife, from which he could somehow communicate, no such evidence was found. "Ten years is long enough to wait for any man," she was quoted saying in 1943. Apparently, Houdini had not managed to appear at the famous ritual he had worked hard to discredit in his earthly years, despite a deep-seeded desire to prove existence of an actual world beyond life and death.

Houdini's mystique was legendary, and the intensity of his gaze and formidable personality have indeed managed to haunt us long after his death, whether or not he managed to prove to his beloved that there was literally life after death. While in his days he had seemed to crusade against the gullible belief in an afterlife from which spirits would appear and knock on tables and engage in other such nonsense, perhaps there was indeed more to Houdini's belief in a world beyond our own, after all.