Over the last few weeks I've been taking a look at Boris Karloff and Bela Lugosi, two of the men who helped to take horror movies into the mainstream and became household names in the process. I've reviewed two classic films of the 1930s, 'The Black Cat' and 'The Raven', both of which pitted the actors against each other as deadly rivals, so it seems only fitting that I close things out with a movie that sees the pair form an unlikely alliance - 'Son Of Frankenstein'.

This is the third film in Universal's 'Frankenstein' series and the last to feature Karloff as the Monster - though he would later return to the franchise in another role. 'Frankenstein' had proved to be a huge hit in 1931, the same year that had earlier seen Lugosi triumph under Tod Browning's direction in 'Dracula'. Four years would pass before the release of 'The Bride Of Frankenstein', directed by James Whale, which introduced Elsa Lanchester in the brief but hugely memorable title role and Ernest Thesiger as the hilarious and scene-stealing Dr. Pretorious. Of course Karloff returned, as did Colin Clive in his last appearance as Dr. Henry Frankenstein - he would sadly pass away in 1937 at the age of 37 due to tuberculosis and complications related to alcoholism. 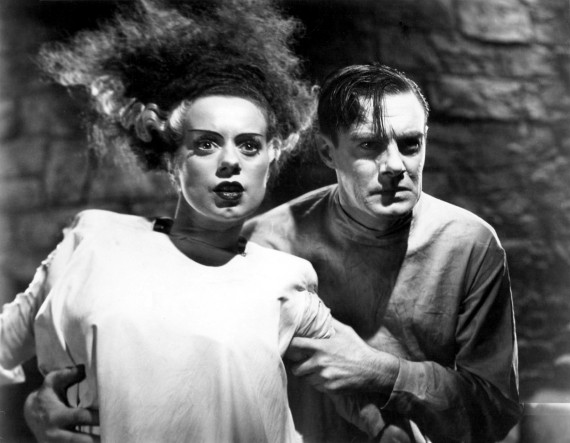 'Bride' was another massive success and is still rightly considered to be James Whale's masterpiece and possibly the greatest horror sequel of all time. Soon after its release however, horror pictures would briefly fall out of favor with audiences and it seemed that the series was dead - until in 1938 theaters began showing 'Dracula' and 'Frankenstein' together as a late night double-bill. The idea paid-off and Universal took note. By January of 1939 Karloff and Lugosi were back on the silver screen, starring together in 'Son Of Frankenstein'. In retrospect it seems strange that the choice was made for Lugosi to play Ygor, rather than cashing in on the obvious appeal of reprising his role as Count Dracula and bringing Universal's two most famous monsters together in one movie. Sadly audiences would never get to see Karloff and Lugosi do battle as their most iconic characters - but it's difficult to feel too disappointed, as Ygor offered a practically unrecognizable Lugosi the opportunity to deliver one of his very best and most sinister performances.

In fact as a fan of the previous two films, its surprising to note that any disappointment you may feel towards 'Son Of Frankenstein' is sadly likely to be directed towards Karloff or at least to his character. The Monster remained mute, save for a few grunts, throughout the first movie. In 'Bride' we saw that he now had some basic language skills which served the purpose of making him more empathetic, since he was able to communicate his desires and fears in an identifiable, almost childlike way: 'Smoke good', 'Fire bad' and so on.
For whatever reason, for the third film the decision was made to return the Monster to his mute state. Rumor has it that Karloff was resistant to the idea of the Monster speaking in 'Bride', though whether that played a part in the decision nobody seems to know for sure. It feels like a massive step backwards and is a much less interesting portrayal, often resembling the lumbering emotionless killing machine that would come to be the popular image of the character thanks to hundreds of parodies and indeed the later Universal movies.

As for the story, several years have passed when we are introduced to Baron Wolf Von Frankenstein (Basil Rathbone), the son of Henry Frankenstein, as he prepares to move his family to his father's castle (yes - the castle that was destroyed at the end of the last movie. Horror movies, then as now were no place for seamless continuity!) The local residents are predictably hostile, believing the Frankenstein name itself to be a curse upon the village. Only the local chief of police Inspector Krogh (Lionel Atwill) has any time for Wolf, despite he himself having been a victim of the Monster as a child when, he claims, the beast ripped off his arm. Despite that dark image, it seems the character is played for comic relief. 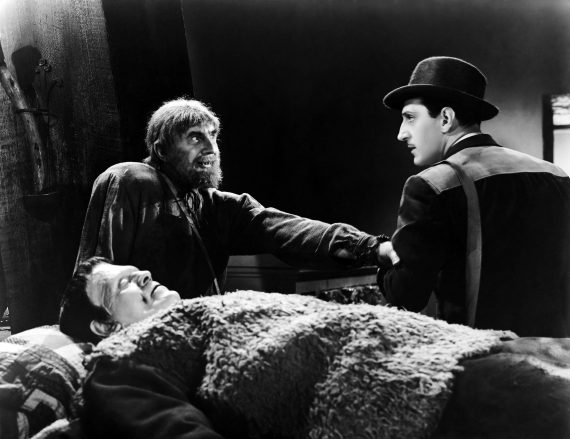 Wolf reaches his destination where he runs into Ygor - a demented and gloriously creepy blacksmith who mysteriously survived his own hanging. His crime? As this is a Frankenstein movie, you may have immediately guessed grave-robbing, and you'd be right. When Wolf visits the family crypt he discovers the Monster's body and comes to the questionable decision to revive him in an effort to prove his father's scientific genius and restore honor to the family name. But, when the jurors from Ygor's trial begin dropping off one by one it seems clear that the Monster has a new master outside of the Frankenstein lineage.

While I'd hesitate to say that the third film in the series is quite on a par with its predecessors, it remains one of the most solidly entertaining movies in the Universal horror canon. As I previously mentioned, most of this is down to Lugosi who, despite being hidden under layers of hair and make-up, is clearly having the time of his life. Ygor was a hit with audiences too, returning for the fourth film 'The Ghost Of Frankenstein' - though sadly these fantastic performances did little to reverse the trajectory of Lugosi's career or the series itself, which would soon fall into repetition and cliche. Nevertheless, 'Son Of Frankenstein' remains terrifically enjoyable and features my personal favorite Lugosi character. If you haven't already, be sure to check it out.