Having researched the paranormal for a number of years, people often ask if I’ve experienced anything otherworldly at places like Highgate Cemetery in London (home of the Highgate Vampire legend), the Jesse James House in Kearney, Missouri (active with the ghosts of Frank and Annie James), and the haunted city of Atchison, Kansas (I ate at a restaurant that didn’t serve beer. That was scary). Truth is, nothing usually happens. Spirits are troublesome like that.

I have experienced some things paranormal at places I’ve investigated, like the Villisca Axe Murder House I detailed at Mysterious Universe earlier this year, but that’s rare. However, the Lemp Mansion in St. Louis, Missouri, and Laura J. Yeater Hall in nearby Warrensburg, Missouri, were different. As I walked through their halls, something happened. 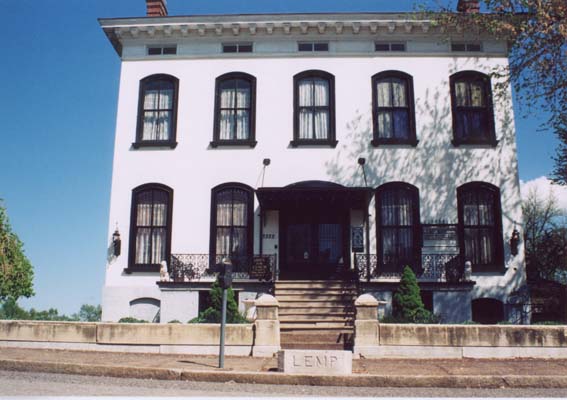 Sweat trickled down my back as I walked down the hall on the third floor of the Lemp Mansion. Summer heat permeated the third floor and made the air around me thick and heavy; the lack of air conditioning as obvious as the words “Turn back now” spray-painted in red along one wall. Halfway across the length of the building I stepped into an area of cold deep enough to raise goose bumps on my arms and dry the sweat on my temples.

I took a step back and the heat rushed over me again. I stepped forward and again hit the wall of frigid air. I ventured forward just past that two-foot spot in the hallway, and the heat of a stuffy attic enveloped me again. Then I stepped back into the cold. Eventually, whatever curious ghost was saying “hello” got bored and went somewhere else, leaving me standing alone in the hallway, sweating.

The Lemp Mansion, built in the early 1860s and purchased by president of the Lemp Brewery William J. Lemp, is the home of a number of tragic deaths. First was Frederick Lemp, who died at the mansion in 1901 under mysterious circumstances. Then his father, William J. Lemp, shot himself. William J. Lemp, Jr., killed himself there in 1922. William J. Lemp, Jr.’s son, William Lemp III, died of a heart attack in the mansion in 1943 at forty-two years of age. The last death was William Jr.’s brother Charles, who committed suicide while suffering from bone cancer. However, before he died, he shot and killed his beloved dog because everyone else hated it and he knew it would be ill cared for.

Although people have reported seeing ghosts of the Lemps wandering around the mansion-turned-bed and breakfast, it was Charles’ dog that made an appearance during my visit.

Friends who live in St. Louis, Sue and David Kanoy, went with me to the mansion. They sat downstairs at the bar and grabbed an iced tea while I wandered the thirty-three-room structure. But Sue wasn’t comfortable. “It was a warm day and I noticed the inside of the house was really stuffy,” Sue said. “I was wearing shorts and I sat on a stool and turned around. While I was sitting there I felt something really cold brush up against my leg.” She asked Dave if he’d felt anything. He hadn’t. “There was something really cold that hit my leg,” she said. “Later they told me there was a dog.” 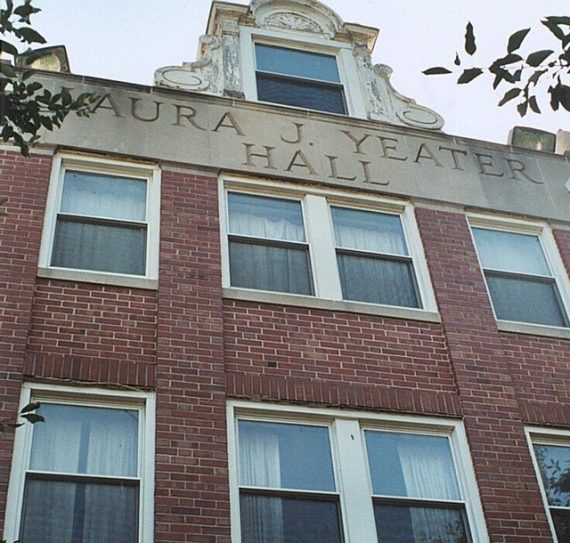 Laura J. Yeater Hall was built on the campus of the University of Central Missouri in 1940. It’s named after the former head of the college’s Latin and Greek department who raised the money to see the construction of the first women’s dormitory on campus.

Over the decades since Yeater’s death, many residents of the hall have reported strange lights, footsteps, and the sounds of moving furniture where no one should be. I met director of residence and Greek life Alan Nordyke and custodial worker Carol Mullins at the entrance of Yeater Hall during late summer of 2006. Nordyke was a skeptic. “It’s a very old myth that Laura Yeater, her ghost supposedly is here,” Nordyke said. “I’ve never heard any encounter that couldn’t be explained.”

Mullins, however, is more certain something haunts Yeater Hall. “Oh, there are ghosts,” she said.

We marched up the stairs to the third floor where footsteps, scooting furniture and unexplained lights have been reported. A metal latch and padlock secured the door to the third floor. No one has lived there since the spring semester of 2001. “It’s closed because of electrical problems and the decline in occupancy,” Nordyke said as he opened the lock. “The only people who’d have access are employees. Students don’t have access.”

Some ceiling lights were on as we walked down a dusty hall lined with doors. “I thought there were electric problems,” I said, pointing toward the lights.

“Some lights are left on,” Nordyke said, which sounded a bit odd for an abandoned floor with electrical problems.

Late night passersby have seen strange lights coming from the third floor of Yeater, such as lights in rooms 337 and 343 that sometimes come on after 10 p.m. “The lights have been going on for 20 years,” Mullins said. “Nobody’s going to (play a joke) for 20 years.”

As we walked by room 337, I stopped and noticed the ceiling light was on. “This shouldn’t be,” Nordyke said. He reached in and switched the light off, blaming the light on maintenance workers, then we walked a few doors down to 343.

“The light comes on when no one is here,” Mullins said about room 343. “I had (another maintenance worker) lock the door and I duct taped the light switch. When I came back up the doors were still closed, but they were unlocked. When I went in, the duct tape was pried open to turn the light on.”

When we left I stopped back at room 337 and saw the light was on again. We had been in full view of the only door into room 337, and no one had been in or out. I poked my head into the room and saw the light switch I had watched Nordyke turn off was in the “on” position. Electrical problems can’t flip switches. Maybe it was Laura Yeater.

We turned to leave the third floor and Mullins said, “Thank you, Laura,” as Nordyke padlocked the door shut again.

Weird Christmas: ‘The Twilight Zone – Night Of The Meek’