Alaina Lathrum didn’t like her bedroom doorway at night. “I have always remembered not feeling comfortable sleeping facing the door,” she said. “I always liked sleeping with my back to my door.” This is because she knew something was there, watching her.

When Alaina was six, her family lived in a house in Kansas City, Missouri, and Alaina was happy, at least until darkness came. “I remember waking up with an eerie feeling. It wasn't fear, but this feeling in my gut and whole body,” she said. “I knew not to look at the door or at the end of my bed.”

That’s because she’d see the little boy. A boy, about her age, with dark hair and eyeglasses, would stare at her from the doorway to her room. Sometimes he approached her and sat on the end of the bed. “I don't recall the little boy ever talking to me. I know I never tried to talk to him,” she said. “I just listened to my gut instinct, and turned my back, and went back to sleep.” 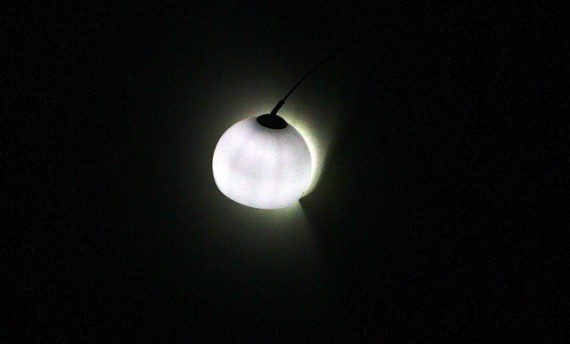 Although Alaina’s mother tried to comfort her with the notion the little boy was the spirit of Alaina’s grandfather there to watch over her, that image didn’t feel right. “I always knew it was something that wasn't supposed to be there,” she said. “I never thought of him as an imaginary friend or anything. I remember that I could see a person there.”

Children see things differently than adults do. Invisible friends, ghosts, little people. They often startle their parents by discussing encounters with someone the parent cannot see. Is it simply a child’s imagination, or can children tap into a part of the world adults can no longer see?

Sometimes these things they see are benign, like the dark figure Diane Davis saw as a small child.

All Diane wanted to do was play. As she stood in her aunt’s yard in Pennsylvania one afternoon, she noticed someone standing nearby. “When I was three years old I saw a shadow person,” she said. “It looked curiously at me as I played in the backyard.”

Alone in the yard (her family was inside) she approached the shadowy figure; it didn’t like that. “The entity looked at me and when I acknowledged it, it seemed to have feared me,” Diane said. “I chased it and said, ‘Wait, wait. It’s okay. Who are you? Do you want to play?’ As a little child I did not know yet enough that I should have been scared.”

She chased this figure until it ran between two trees, through a fence, and vanished. “Was this entity from a different dimension or a ghost?” she wondered.

The 2000s looked promising for Kim and Mike Smithmeyer. Steady jobs at the Ford Motor Company plant, construction of a new house in nearby Liberty, Missouri, and the birth of identical twins, Dan and Randy; all by 2003. Things changed when something wicked came into their lives. “The first thing was in 2006,” Kim said. “Dan was three. I was just holding him and he was looking at the stairs and said, ‘Mommy, who are the people coming down the stairs?’”

Kim looked, but the stairs were empty. “Honey, I don’t see them,” she said. “Could you describe them?"

Dan ignored his mother, intently looking at the stairs, moving his head as if his eyes followed something. “Then he said they were gone,” Kim said.

Although she dismissed this incident as a three-year-old’s imagination, she later discovered it wasn’t. When the twins turned seven, things turned bad.

Dan, who’s been diagnosed with ADHD, and anxiety disorder, and often acts out in anger, misbehaved and Kim sent him to his room. “If he doesn’t do something right the first time he gets angry with himself,” she said. “I took a glass of water up there and said, ‘what can we do about your anger?’”

That’s when darkness wiped itself across Kim’s life. “I’m just tired of the voices telling me to do bad things,” Dan said.

Calmly, Kim asked, “What do you mean?”

Dan looked at his hands. “Well, I don’t want to say because they’re bad words and they might hurt your feelings,” he said.

Dan looked at his mother. “The voices tell me to kill you,” he said.

Kim sat looking at her son, trying not to let Dan know how much these words disturbed her. “They tell you to kill me?”

He looked back down. “To hurt the cats and to do things to my brother,” Dan said.

Kim stood and said she was going to get Daddy. When Mike came to the room, they sat, Dan on Kim’s lap. “I don’t want to say it,” Dan said abruptly.

“Did someone just say something?” Kim asked.

“Cut the bitch’s head off,” Dan said in a weak voice.

Kim looks back on that moment in horror. “He said the voices said they killed Jesus,” Kim said. “We don’t watch scary movies. I can’t imagine him saying he wants to kill me.”

They took this normally polite, friendly boy to a psychiatrist the next day. Kim said they’re open to therapy, medication or a paranormal solution, anything to help their son. Dan spent the next weekend with his grandmother. “He was perfect,” Kim said.

But when Dan came home, bedtime was not so perfect. “When we brought him home from Mom’s, he was in a great mood, but when we took him to his room his whole demeanor changed,” Kim said. “He just said, ‘can I just sleep with you?’”

“You don’t want to sleep up here?” Kim asked.

Kim could see the fear in the boy’s eyes.

At this point they decided to do something about whatever lurked in their home. “I feel like a fool. I talk to the house,” Kim said. “I say, ‘I know something’s here. Please just don’t scare my family, leave my children alone.’”

Although Kim and Mike are interested in the paranormal, and watch various ghost hunting TV programs, they don’t talk about it with the boys. “I am intrigued, but I’ve never done Ouija boards or anything,” Kim said. “I just think everything is possible. I think we’re going to keep the boys in our room for a while.”