Weirdness of the Mothman Kind

There can be very few researchers of the world of the unexplained who have not experienced, now and again, a sense that the phenomena they  investigate sometimes manipulates them. For some people, it can be an exciting and illuminating experience. For others, it can be downright terrifying, and something which has led people to quit - forever - the world of the paranormal. I have experienced this sense of manipulation more than a few times, but last Saturday night things became downright crazy.

Right now, I'm working on a new book that includes a small overview of the Mothman mystery, which dominated the town of Point Pleasant, West Virginia in the 1960s. So, over the course of the last week, and even though I'm very clued-in on the subject, I have been doing a bit of additional research into the winged beast made most famous in John Keel's classic study of the case, The Mothman Prophecies.

As well as writing books on Mothman, Andy has also moved into the world of publishing, which brings me back to the package of books that arrived last week. It was a parcel that contained the aforementioned The Mothman Shrieks, as well as three additional titles. One of them was Praise for the Hairy Man (a new Bigfoot-themed book Andy has written with researcher Jeffery Pritchett). The other two books were The Outer Limits of the Twilight Zone and Flying Saucer to the Center of Your Mind.

These two latter books are particularly recommended, as they are collections of the selected writing of John Keel - many of which would be very hard to find, were it not for the fact that Andy has now made them available. And, with that all said, now we come to the events of last Saturday. I should explain that I have spent the past week or so stuck at home with a chest infection. And so, bored utterly rigid on Saturday night, I decided I would watch again the 2002 movie version of The Mothman Prophecies, starring Richard Gere, Laura Linney, and Alan Bates. 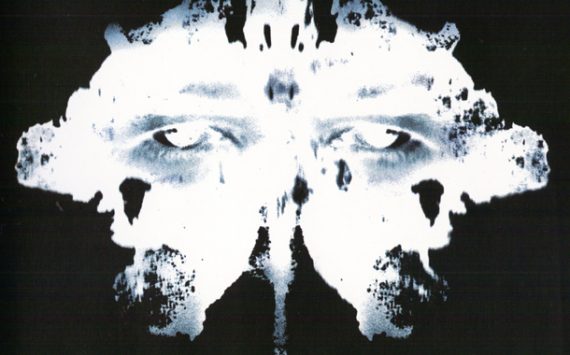 At one point in the movie, Gere's character, John Klein - based, of course, on John Keel - is in a Point Pleasant hotel-room late at night when he speaks on the phone with one of the creepiest of all characters in the Mothman saga, Indrid Cold. When Cold reveals the location of Klein's watch (under the bed, in his shoe) and states correctly that Klein is holding a tube of ChapStick in his hand, Klein realizes that Cold is reading his mind.

Klein tests Cold even further, by picking up a book and turning, at random, to page 51. He tells Cold to speak down the phone the third line of the page, which Cold does, accurately. Don't ask me why, because I have no real answer, but at that point in the movie, I felt a sudden and very strange compulsion to check out page 51 (and the third line down) of Andy Colvin's The Mothman Shrieks and his co-authored title, Praise for the Hairy Man.

Since the books had only been delivered a few days earlier, they were still in my living-room. So, I paused my DVD of The Mothman Prophecies, picked up the two books and scanned their pages. To my utter amazement, the third line down on page 51 of The Mothman Shrieks actually makes a reference to Indrid Cold himself. And, on top of that, the third line of page 51 of Praise for the Hairy Man focuses on the glowing eyes of Mothman.

That, as I said, I felt specifically compelled to check out the two books at the very time I was watching the Klein-Cold phone conversation unfold, only made matters even stranger. I have to confess that while I have experienced quite a few things like this over the course of my time spent digging into matters of a supernatural nature, this one really stood out big-time for me.

Admittedly, I don't have a clue as to why things like this happen. All I know for sure is that they do happen - and they happen time and time again. Maybe there is some sort of lesson to be learned, but, if so, for me it's a presently unfathomable one. Perhaps it's all down to some strange, paranormal force screwing with our minds for its own warped reasons.

Will I, you, or indeed any of us, truly have the answers?  Perhaps not. As Alan Bates' character, author Alexander Leek (also based upon John Keel) tells John Klein in The Mothman Prophecies movie: "We're not allowed to know."