A couple of weeks ago, I received in the mail review-copies of a series of new books written, co-written and compiled by Andy Colvin, the author of the trilogy of books, The Mothman's Photographer, volumes 1, 2, and 3. One of those new releases from Andy was The Outer Limits of the Twilight Zone: Selected Writings of John A. Keel. Well, since I'm the sort of person that likes to keep work and free time separate, I pretty much put all work and reading on-hold until after Christmas. But, I've now completed reading the Keel book - about which I'm going to tell you much more.

First and foremost, Andy is to be congratulated for compiling this excellent volume of Keel's work, and for two reasons: (a) the articles themselves cover a wide range of paranormal topics; and (b) many of those same articles would be very hard to find, had Andy not now made them available to us, given the fact that more than a few originated with defunct, obscure journals and periodicals.

For both the long-term student of Keel's work and those that may be new to the man and his beliefs, theories and writings, The Outer Limits of the Twilight Zone is essential reading. Many of the articles that appear in the book are from the 1970s when, in my personal opinion, Keel was at his absolute peak. This is when he was kicking down doors, shaking up perceptions and belief systems, and demonstrating - time and again - that, just perhaps, UFO seekers, cryptozoologists, and ghost-hunters might want to think again about the true nature of the phenomena they seek. 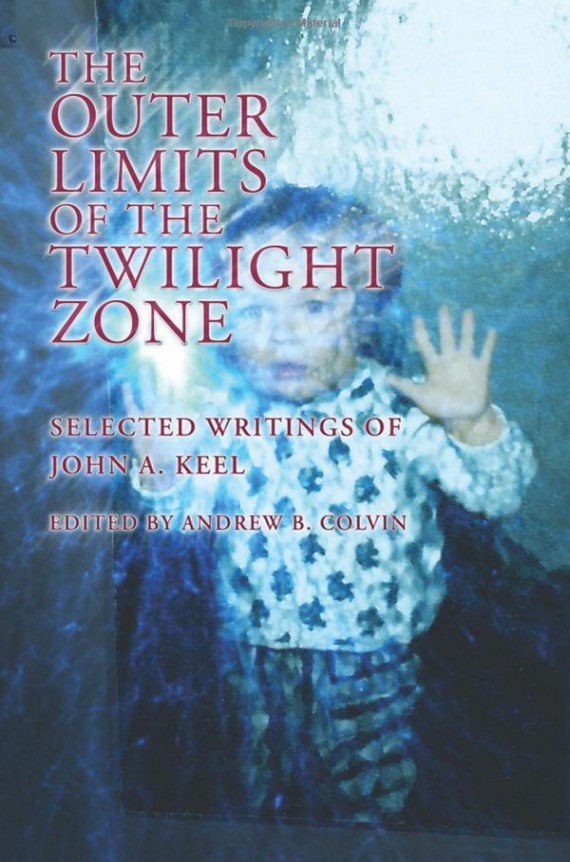 Before I get to the actual content, a few observations are in order. It's clear from reading the material in the book that Keel was way ahead of his time, as many of you, of course will know anyway. When, in the 1960s, UFO researchers were arguing which planet "the aliens" were coming from, and Bigfoot researchers were consistently failing to get hard, physical evidence of the beasts they sought, Keel was already fully aware that a new approach was needed - one that took things firmly away from accepted beliefs and paradigms and into distinctly different realms.

None of this made Keel much in the way of new friends, but it's clear that he didn't care about that - which, I can say for sure, is a very good approach to take in life. It's also clear that Keel didn't just upset the apple-cart of the paranormal kind because he could. He did it because it needed upsetting. Something else, too: Keel didn't just take the lazy approach of relying on other people's work to get the answers he sought. No. Instead, he traveled far and wide and he investigated far and wide - a concept unknown to so many today, who assume that investigating something means typing a couple of words into a search-engine and seeing what pops up.

And none can deny, even if they don't agree with his conclusions, that Keel knew his stuff: he was incredibly learned on numerous subjects, which amply helped him on his way when it came to figuring out the mysterious madness of Forteana. On top of that, and one of the most important things of all: Keel was an incredibly gifted wordsmith. There's nothing worse than reading what should be a great story, but which comes across as dull as a February morning in my home-country of England.

Keel, however, was anything but dull. He could relate the facts, but did so in a fashion that left room for the proverbial dark and stormy night, adventure, shadowy realms, intrigue, and menace. So, with that said, what about the contents of Outer Limits of the Twilight Zone? Well, let me put it this way: you're not going to be disappointed! 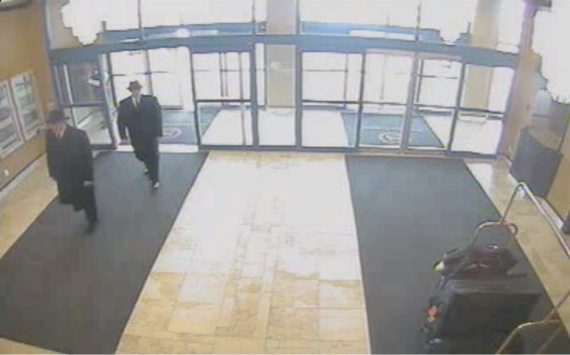 If, like me, you are fascinated by the mystery of the Men in Black, then you'll be pleased to know that this compilation of Keel's work is packed with information and articles on those dark-suited, emotionless characters. It's not just a case of us being treated to some truly creepy tales of the MIB, however. Rather, Keel reels us into his world, to the point where it feels as if we are with the man himself, as he roams around Point Pleasant, West Virginia in search of  those creepy, fedora-wearing ghouls.

And speaking of Point Pleasant, West Virginia, it wouldn't be a Keel book without a bit of Mothman - or, in this case, quite a lot of Mothman. Again, we are treated to Keel's own investigations, thoughts and ideas on the red-eyed, winged thing. But there's far more than that. Particularly of interest to me was Keel's 1974 article for SAGA magazine, Mystery of the Alien Submarines  - on the under-appreciated topic of UFOs of the underwater kind.

The downright hostile and malignant side of the UFO phenomenon also took up much of Keel's time, and not just in terms of warning people of its potential perils. UFO-related ill-health, injuries, and even death are topics that crop up in more than a few of Keel's articles in this book. As does Keel's disdain for the field of Cryptozoology. One of the reasons I so enjoy Keel's work - and as he notes in a couple of the articles in Outer Limits of the Twilight Zone - is that he didn't shy away from the weirder side of Bigfoot. 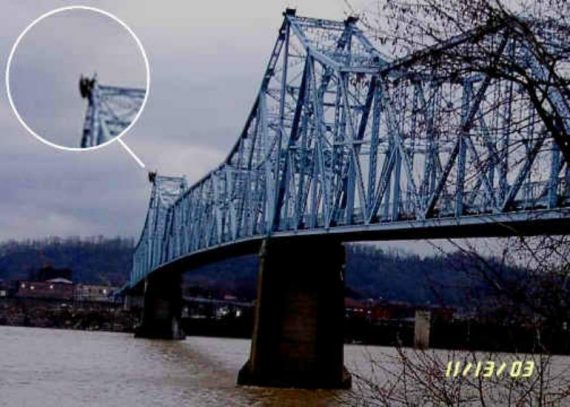 By that, we're talking about Bigfoot's strange vanishing acts, its associations to the UFO phenomenon, and its links to seemingly paranormal phenomena. Keel's work, as presented in this new book, makes it very clear that running around woods with flashlights in search of the big hairy thing is as pointless today as it was back in the 1960s and 1970s. It never, ever achieves anything conclusive. You may not like what Keel has to say on such matters and why - but you should read it, all the same.

And, finally, what I really enjoyed reading were the various transcripts of lectures that Keel gave over the years, lectures that allowed for much in the way of question-and-answer sessions. It's in these sections of Outer Limits of the Twilight Zone that we see Keel interacting with his audience and vice-versa.

If the work of John Keel is your thing, get this book - now. But even if Keel isn't your thing, at least have the guts to read it. You may find yourself, and your perceptions on what amounts to "reality," radically altered by what you digest. And that would be a very good thing.