Life After Death: My Observations

As readers of my articles here at Mysterious Universe will know, I write a great deal on UFOs, alien encounters, strange creatures (such as Bigfoot, the Chupacabras, and werewolves), and the Men in Black. But two areas of the paranormal I rarely ever get embroiled in are the matters of ghosts and life after death. Quite a few people recognize this and I often get asked why I don't, now and again, write a book or several on the subject. Or even an article.

Well, as to why I don't write about such matters, it's all very simple: there are numerous people - far more learned than me - who have worked in the field of the afterlife for years. So, with that in mind, what's the point of me blundering around in an area of research I have never been involved in? The answer is: there is no point!

Such observations and questions then usually lead people to inquire what my views are on such matters. Am I a believer in life after death? Do I accept the existence of a literal Heaven and Hell? Have I ever seen a ghost? Do I think we have souls that, after death, go to...well...somewhere? Or, am I a complete non-believer? Since I have never really addressed such things - to a large degree, anyway - in a public forum, I thought why not do so? Which is what you are now getting!

Like what I have to say or like it not. As Lemmy said: "It's all the same to me."

I'll start with the matter of life after death. Like most people, I suspect, I have experienced a couple of curious things right after someone has passed away. I seriously doubt there is hardly anyone who hasn't had a weird experience after a loved one, friend, or family member has died. And even if they haven't experienced it, the chances are high they know someone who has.

For me, it was an experience with a much-loved pet, Charity the Shar-Pei, who died suddenly at the age of eight in December 2003. That she came back - in some form, at least - I am not in any doubt whatsoever. In the days that followed her passing, the tapping of her nails on the hallway tiles could be heard at night, a profound wet-dog smell came out of nowhere on one occasion, and a spate of Charity-connected synchronicities occurred. You can find the full story of Charity in Josh Warren's book, Pet Ghosts.

Now, the skeptic would say it was my subconscious trying to make things easier and more comfortable at a sad time. Complete and utter crap. Anyone who has experienced anything similar will immediately understand when I say that I know the difference between wide-awake reality and a subconscious need for something that isn't real. It was the experience with Charity that changed a lot of my perceptions on the issue of life after death.

Then, the next question comes: what, exactly, do I think survives bodily death? Well, I guess we can call it the soul, the spirit, or the life-force. But it all amounts to the same thing: some form of consciousness that - very often, and for just a short period, maybe days or weeks - seems to linger among the living before finally letting go.

How do I explain the notion that something survives physical death? I don't, because I can't. I only know it does survive. I don't have the answers and I absolutely refuse to get caught up in specific belief-driven concepts that lack any proof.

On occasion - often on many occasions - that something, whatever it might be, interacts in extremely strange ways with the surviving, grieving family and friends, before moving on. That brings yet another question to the table: to where do I think we go? Before, I answer that, I should preface things by saying I am not a fan of organized religion of any particular persuasion - at all. My main reason is because organized religion is not about embracing the mysteries of life and death. Instead, it is all about controlling people via two issues: fear and guilt. 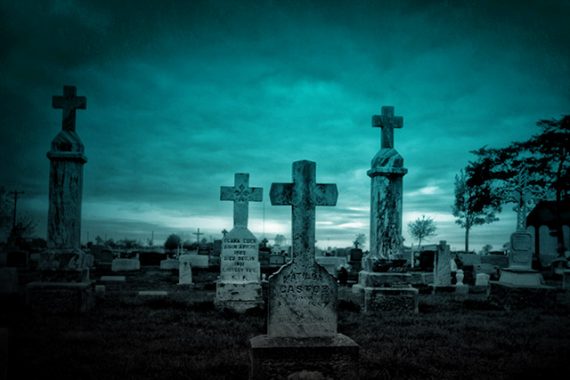 Organized religion is - let's be blunt and to the point - a tool of control. And it does control people - very successfully, too. On top of that, different religions have wildly varying beliefs. They clearly, then, cannot all be correct, in terms of their teachings. Yet their followers will tell you their teachings are correct, and it's the other guy who has got it wrong. Meanwhile, that other guy is sure he has it right. And that's why we have so much fighting: opposing religions inflame opposing religions. Then, before you know it, some maniac is setting off bombs left, right and center.

But there is one thing that unifies the world's religions: the belief that physical death is not the end and that there are other realms, or stages, of existence beyond the one we currently inhabit.  For some, there is a literal Heaven and Hell. For others, there is just one "place." Millions believe that reincarnation is the answer. Some will tell you that only people have souls, to which I say absolute bullshit.

I have had people tell me that the experiences with Charity couldn't have occurred as I assumed they did because dogs lack souls. And how do they know that? Their preacher told them! And how did he or she know that! They read it in a book! That's the problem: belief is a powerful tool, one that is just as powerful as denial of something that doesn't fit neatly into one particular paradigm. Words on a page, which are then forced down a person's throat, are even more powerful.

And when I hear that the supposed return of some essence is actually not a close friend or a member of the family, but a hostile, deadly demon masquerading as such, I have to laugh - because such a conclusion is just an article of faith, one for which there is no proof at all. 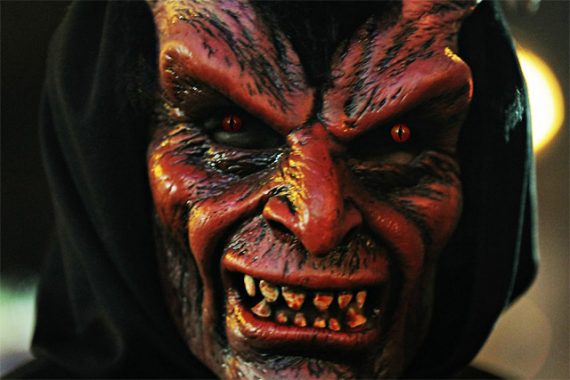 The problem (as I see it, at least) is that over thousands of years the nature of these "places" (or "place") has been altered, mutated, maliciously misrepresented for purposes of the control of society, and dumbed down to the point where they have become one-dimensional caricatures of whatever it is they really are.

So, yes, I do believe that living creatures (perhaps even all living creatures) possess something that does not die when the physical body finally shuts down for good. Maybe it moves to there, or to somewhere, or perhaps it forever hangs around here, but only showing itself now and again. I don't know. But I do know there is something. And, until I one day find out what exactly, that's good enough for me.

Will Mittens the Kitten Get to Experience an Afterlife?