With good reason, the Egyptian pyramids are considered among the greatest wonders of the ancient world. The mystery of their construction has, to this day, aroused heated debate over precisely how cultures that existed thousands of years ago could lift massive stone blocks into place, and create so accurate a construction as what the monuments on the Giza plateau still offer.

Amidst the questions that linger regarding how the ancient Egyptian monuments were constructed, there are also still debates over the era during which they were built. In fact, some have suggested that the sites may date back to a much earlier time than consensus opinions on their history would acknowledge today.

Is there reasonable evidence for this, and if so, what might it help us to understand about sites like the Egyptian Pyramids, as well as Gobekli Tepe in Turkey, and other mysterious ancient sites throughout the world? 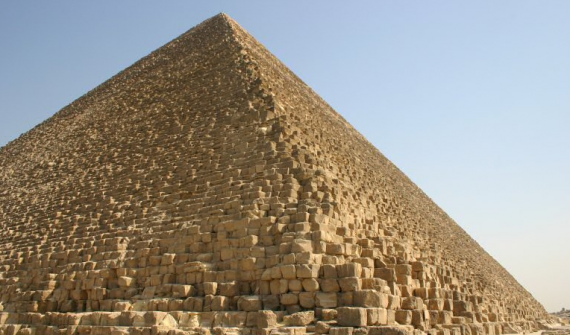 Generally, assertions that there may have been earlier civilizations that came and went long before the recognized dynastic periods of Egyptian history, as well as other recognized ancient cultures today, are refuted in the consensus opinion held by mainstream historians. And yet, as the work of scientists including geologist Dr. Robert Schoch of Boston University have shown, there is a reasonable argument to be made that many ancient monuments like those existing in Egypt, particularly the Sphinx and the pyramids, could indeed herald back to an earlier time than previously thought. Furthermore, the discovery of sites like Gobekli Tepe (which Schoch asserts had apparently been intentionally buried, based on the geology of the site) do suggest that civilizations with far more advanced knowledge of stone working and construction had existed, perhaps as far back as 7,000 - 10,000 years or more. 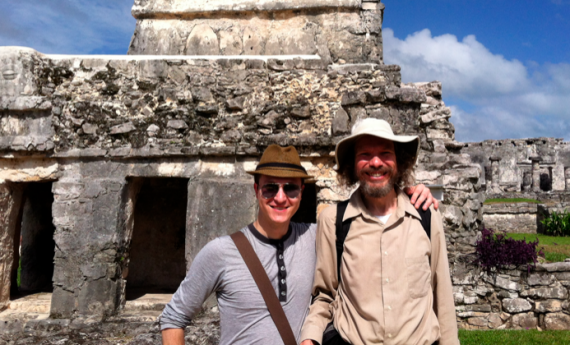 Above: Robert Schoch (right) and I at Tulum, Mexico.

The point regarding the burial of Gobekli Tepe brings to mind an interesting idea, and one which Schoch has incorporated into his broader theories about what kinds of challenges older civilizations may have faced. Schoch believes that, in all likelihood, violent solar storms and mass coronal ejections produced by our Sun in ancient times may have caused widespread destruction, which essentially led to the end of civilizations that could have existed much earlier than mainstream historians have documented. Furthermore, the assertion that a site like Gobekli Tepe might have been buried, as Schoch posits, suggests that it may have been covered for purposes of protecting it, perhaps from such violent natural occurrences as those suggested earlier.

In my own research, I've long been fascinated by ancient sites like Mohenjo Daro and Harappa, which are among numerous locales of the ancient world which seem to bear signs of a catastrophic event that took place long ago. In modern times, the similarity of the damage sustained at these locations in relation to modern places, namely Hiroshima and Nagasaki, which both succumbed to nuclear weapons in the final days of the Second World War, have led alternative historians to interpret this as evidence for nuclear weapons in ancient times.

This is far less likely, in my opinion, than the theories proposed by Schoch and others: that natural events on par with modern nuclear warfare may very likely have led to widespread destruction throughout the ancient world. Evidence for this exists in data obtained through radio carbon dating, as well as measurements taken from coral reefs, ice core data from glaciers, measurable radiation levels that have lingered in certain ancient city sites, and a variety of other clues as to what may have been happening on Earth several thousands of years ago. Depending on the longevity of these events, or of the warning signs nature may have given, one could surmise that ancient cultures could have at times predicted what was yet to come, and perhaps even planned for it, as best they could.

When considering the potential that there might have been foreknowledge among ancient civilizations of impending disasters, would it be so far-fetched to suppose that, in some instances, they erected monuments not as a testament to what would be the epitome of their technological prowess, but instead as a solid, lasting testament to their existence alone?

"As I concluded my research in Egypt, I pondered what might have driven the ancient Egyptians to devote their resources to such enormously difficult tasks, and I wondered how an advanced civilization would react if it had knowledge of impending doom. Perhaps it would turn its genius and industry into leaving a message that would survive the coming cataclysm and provide a technological imprint to say to future generations, "We were here. This is who we are and what we are capable of doing."

Indeed, it is a chilling proposition, in a way, that we might look at the pyramids of Egypt and consider these less likely the peak of an ancient technology, and instead a show of physical resistance against nature itself. Perhaps it's far from provable yet, but as we continue to see more evidence of ancient civilizations dating back much further in time than we've previously believed, it provides some interesting food for thought.

Gunung Padang and The Lost City of Atlantis