For the last several years, the south eastern portions of South Carolina have remained a frequent hub for observation of mysterious lights in the night sky. Reports of colorful, illuminated spheres of light have both made headlines in the news, as well as having drawn attention from UFO enthusiasts around the country.

Among the more widely circulated reports of these illuminations, objects seen off the coast of the Myrtle Beach area, as well as numerous descriptions of aerial illuminations further inland, have garnered the attention of researchers hoping to determine if there could be some variety of natural phenomenon, or perhaps even a military presence, that could exist as a source for the lights.

Recently, South Carolina's unexplained illuminations became the focus of a night time video that has begun making rounds on the web, which appears to show a large, orange orb of light being escorted by what the camera operator says were likely military jets. What does the footage represent, and is there an ongoing military presence over South Carolina that may have led to reports of some of these strange lights in the sky?

The footage, taken my Mr. Milton Finch, was captured on the evening of January 15, 2014, at approximately 7:50 in the evening, local time, near his home in St. Stephen, South Carolina. Below is a segment where the video is featured, with commentary, on a recent edition of the UFO Planet vignette, beginning at 16:07:

Mr. Finch, with whom I correspond frequently, shared the following about his observation:

I suddenly felt the urge to go outside. I asked my wife to get the night vision video equipment. I went outside and looked to the north. The moon was full. Little or no wind. Clear for the most part. I witnessed an orange sphere that de materialized from sight. My wife came out and we were both looking north. I began video taping the event and scanning the northern sky. We then noticed some bright flashing lights to the north. Three at first. Then right behind the three flashing lights, we spotted an orange sphere. It was followed by a smaller red light or sphere. That was followed by another flashing light. The flashing lights were noticeably smaller than the larger orange and slightly smaller red spheres. They were proceeding slowly to the west. The duration of the event was about 10 and a half minutes of video.

"The orange sphere was about the size of an aspirin," Milton says, noting that it was very apparently round in shape. "We lost sight of the objects due to trees to our west," Milton related further. "Also, there has been a good amount of military aircraft in the skies this evening. More than usual." 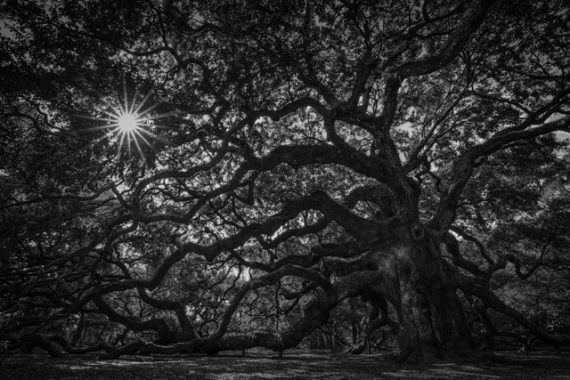 The video and subsequent report were featured at the UFO Stalker website, where Mr. Finch also shared details about the encounter.

There are small airports at Summerville and Mount Holly, located to the north and northeast of St. Stephen, respectively. The largest and most heavily-trafficked airport nearby is the Charleston International Airport, which is located parallel to Joint Base, an Air Force outpost with which it shares runways.

Joint Base, under the command of the 628th Air Wing, features an engineering complex allocated under the Space and Naval Warfare Systems Center (SPAWAR), which is purportedly the largest single employer in the Charleston area. Joint Base is also the busiest surface port in the defense transportation system located anywhere in the United States. Based on this information, the presence of varieties of aircraft in the region that appear to be advanced or of official origin might be expected, due to the heavy traffic at Joint Base.

Have you made similar observations of strange aircraft, particularly in southeastern South Carolina? Feel free to share your own experiences in the comments section below, or email me directly with your story.

I hereby sentence you to an afterlife in prison