'For some things...there is no forgiveness.'

With these words, in November 1988, the world - or at least those reading the back cover of Caliber Comics' 'Deadworld #10' - were introduced to The Crow, the vengeful, resurrected, face-painted killer of killers who, over the next several years would appear in an impressive array of comics, books, films and spin-offs. Over the next couple of weeks I'll be taking a look at the original 1994 film starring Brandon Lee, as well as the often-derided sequels, but for now I'm going back to the beginning: James O'Barr's classic graphic novel, which told Eric Draven's story for the first time.

Born in Detroit, Michigan in 1960, James O'Barr was an orphan raised in foster care who developed an interest in art at an early age. Tragedy struck in 1978 when his fiancée, Beverly, was killed by a drunk driver. Devastated and seeking a means of coping with his loss, he joined the marines and found himself stationed in Berlin. Around this time O'Barr read a news story about a Detroit couple who had been murdered over a $20 engagement ring. Partially inspired by this, though no doubt chiefly as a way to deal with his own anger and heartbreak, he began work on 'The Crow', and continued to do so following his discharge from the marines and return to Detroit. Though the book was completed soon after, it took a further seven years to find a publisher: Gary Reed of Caliber Press. The four issues, ('Despair', 'Irony', 'Fear' and 'Pain') that form the core of the book finally hit shelves between February and May of 1989. A fifth and final instalment ('Death'), was not published by Caliber, though it does appear in all collected editions. 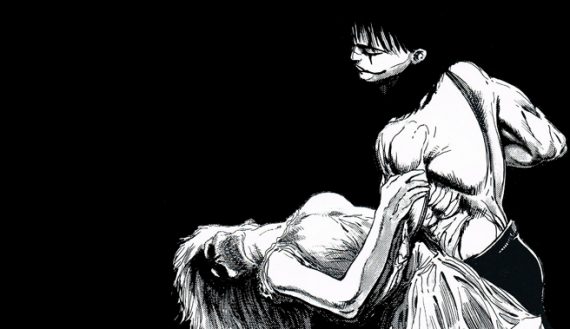 Though many of the graphic novel's scenes and characters will be immediately recognizable to fans of the movie adaptation, there are also many differences including the manner of the young and deeply in love couple Eric and Shelly's death. Here they are senselessly attacked by a gang of street thugs when their car breaks down. A shot to the head leaves Eric paralyzed and powerless to do anything but watch as his beloved Shelly is beaten and assaulted in front of him. Eric is resurrected by a mysterious crow who also serves as his guide, often seemingly communicating with him directly. His task is clear: to hunt down he and Shelly's assailants; Tom-Tom (replaced by Skank in the film), Tin-Tin, Top Dollar, Fun Boy and finally the gang leader, T-Bird. Along the way Eric encounters Gideon, the pawnbroker who bought Shelly's engagement ring from T-Bird's gang and Sherri, a sad young girl (replaced by the slightly older and more streetwise Sarah in the film), with a frequently absent mother, owing to her being otherwise occupied with Fun Boy. Believing Eric to be a clown (due to his painted face), she talks to him and confides that she believes she is being punished by God for being bad. Eric sympathizes with her and gives her Shelly's ring before seeking out her mother. 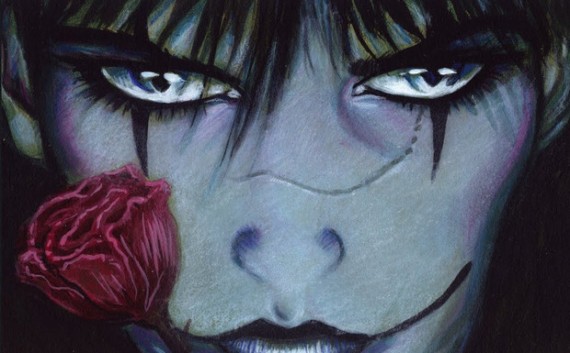 Both Eric and Shelly's deaths and their previously idyllic life together are revealed to us throughout as flashbacks. O'Barr's gothic monochrome artwork is absolutely stunning and the variation in his style from visceral, busy and angry in the more violent scenes to beautiful, spare and dreamlike in Eric's reminiscences of Shelly is extremely powerful in conveying the conflicting emotions of anger, love and grief. Similarly effective is the use of splash pages, interspersed between the chapters of the story and containing some of O'Barr's favorite poems and lyrics, including Arthur Rimbaud, Joy Division and The Cure (whose distinctive frontman Robert Smith surely served as part of the inspiration for Eric's own appearance).

While vengeance and Eric's mission provide the main thrust of the story, a roughly even amount of time is given to Eric's turmoil as he self-destructively returns to he and Shelly's former home, becoming lost in his own memories and his deep despair. This very real exploration of the mind-set of a person dealing with the loss of a loved one, and of being the victim of cruel and entirely unwarranted circumstance gives both the character of Eric and the story itself an affecting emotional core. As a consequence the supernatural elements of Eric's return are only ever a secondary concern, and his killings, carrying the weight of his love for Shelly and the scope of his immense loss are lent a meaning far beyond those in the average revenge tale.

'The Crow' would go on to sell over 750,000 copies and be translated into almost a dozen languages. While Brandon Lee's portrayal in the movie adaptation would cement the image of Eric Draven in popular culture, his story was never more potent or moving than in the original graphic novel. Sadly O'Barr himself would find no catharsis in his work, telling an interviewer in 1994, "As I drew each page, it made me more self-destructive, if anything. There is pure anger on each page".