The Great Silence: The Changing Face of Ufology

1973 was a pivotal year in the study of unidentified flying objects. While the Condon Committee's final determination on the UFO problem the Air Force had previously been facing was a negative one, this didn't seem to squelch the persistent rumors of strange things happening around the world, which involved flying aircraft of possibly exotic origin.

In the latter part of 1973, Charles Hickson and Calvin Parker would have their famous meeting with "aliens" along the bayous near Pascagoula, Mississippi, a case that remains significant with regard to the possibility that there is something that could indeed be called "exotic" about some UFO cases (in other words, something seemingly non-human). A striking number of other cases from the era seem to entail cases where beings aboard these craft appeared more human, such as the encounter Travis Walton would have two years after the Hickson and Parker episode. Had these trends continued, whether the "aliens" witnesses described seemed truly alien, or suspiciously human in appearance, one might have assumed that a clear answer to the UFO enigma was likely to be right around the corner.

Instead, several decades later, many researchers who have examined UFO phenomenon of the past have been forced to admit that there is far less presumed UFO activity that can be called significant which has continued to occur today. Tabloids continue to report faint glimmers and photographic reflections under the guise of being "UFOs", but the era where genuine mysteries inhabited our sky seems to be gone, or at least greatly diminished. Is this really the case, and if so, what lies at the root of the change? 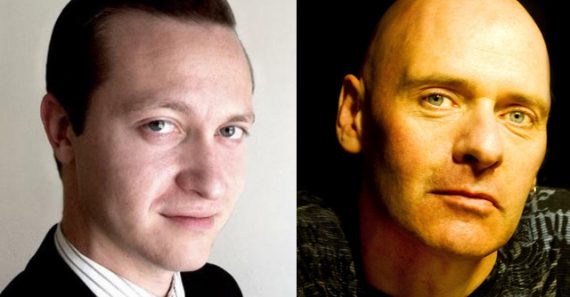 My friend and fellow Mysterious Universe writer Nick Redfern recently expressed similar sentiments on this apparent problem, during an interview we gave on the Expanded Perspectives Podcast. In essence, the apparent presence of UFOs in our midst, taken at face value and based on the prevalence of reports from yesteryear, would have had many believing Earth was indeed under surveillance by alien intelligences. Today, that perception has changed due to a drastic decline in cases which involve actual presumed landings (and traces made by such craft), beings of exotic appearance, and plain and simple UFO reports that seem to convey a truly sophisticated aircraft (a saucer, a large triangular craft, etc), rather than ambiguous lights seen in the sky.

Writing about this issue here at MU, Nick points out that the role of UFO researcher may eventually entail more historical work than hands on investigation:

[M]any ufologists are already recognizing and realizing that if they are to get the answers to the UFO puzzle that they seek, it’s sure as hell not going to be by addressing today’s reports of “lights in the sky” and so on. The answers are to be found in history, in the past. It may well be that, 10 years from now, the primary role of the UFO seeker will not be to investigate current cases as such, but to take on the role of historian. And that would not be a bad thing.

Indeed, some of the better contributions to the historical research into UFO phenomenon continue today under the watch of researchers like Richard Dolan, whose historical surveys into the UFO phenomenon provide some of the more exhaustive (if not the most exhaustive) written works that chronicle UFO phenomenon in the last several decades. Interestingly, while speaking briefly with Richard on yet another year-end appearance we did on a radio program together, Richard did not share the view that Nick and I have espoused here, that UFO reports have seemed to diminish in both quality and number in the last few years. Perhaps there is some subjectivity to the viewpoint, which inevitably influences individual researchers and their opinions on such a notion; or perhaps Richard's historical perspective on the phenomenon would simply differ from that of Nick and I, who seem to agree that, if there is a phenomenon, the evidence of it has nonetheless become less apparent.

This is not to say that all UFO reports stem from the 70s and 80s, in the opinion of Redfern and I at least. Sure, there are quality reports that still occurred well into the 90s and 2000s, with occasional reports still offered today that suggest the kinds of craft commonly associated with UFO phenomenon in years gone by might still be at work today. Who really knows what is going on? It's anyone's guess. 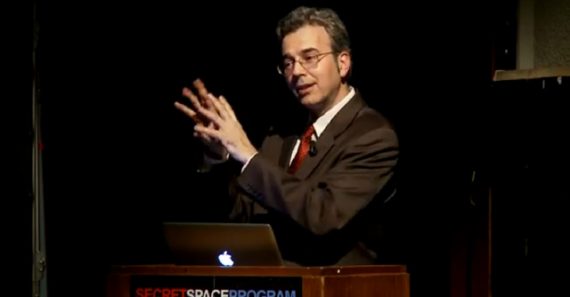 Of Richard Dolan, Nick Redfern and myself, I am often considered the most skeptical of the three in relation to my study of UFOs. While being skeptical, this does not mean, in my opinion, that one must take a derogatory or cynical stance toward the subject, as so many "modern skeptics" seem to consider requisite behavior. Instead, this has simply meant that I have grown very careful about leaping to conclusions when it comes to UFO phenomenon (such as asserting that UFOs are "space ships" piloted by beings from other worlds). While one cannot deny the exotic nature of many reports, we can't say, with certainty, that extraterrestrials are anything akin to what we're dealing with. An equally suspect position to take, in my opinion, would be to assert that all UFO reports of the last several decades are misidentifications, hoaxes, and mental aberrations. The statistical likelihood of this would seem questionable indeed, despite the fact that there is probably some psychological component that should be addressed in relation to UFO encounters, but that is a much broader conversation than what we seek to address here.

If we wished to be truly speculative (if only for the sake of fun, which I'm about to take great liberties in having), we might presume that the drop off in numbers of quality "meat and potatoes" UFO sightings could actually involve something many UFO researchers have proposed, and argued about, over the years. This involves the notion that Earth visitation might have to do with a survey being conducted by extraterrestrials. Stanton Friedman and others have argued that, if Earth were being visited, the use of nuclear weapons might have flagged ET's attention in the first place. Then, throughout the height of the Cold War, UFO reports continued to proliferate, often in graphic detail. Since the fall of the Iron Curtain and the end of nuclear tensions between the Eastern and Western worlds, UFO phenomenon has tapered off as well. If we were even to casually assume for a moment that "aliens" had anything to do with what was transpiring with UFOs in those years, we might also conclude that they were managing a sort of threat assessment, and that with less threat of mutually assured destruction today, there is less necessity for UFO appearances, as well.

Granted, while I have steered further away from the ET approach to UFO studies over the years, this speculative observation may prove worthwhile nonetheless. Carl Jung had been one who often insisted that UFOs could be symbolic representations, perhaps in a majority of instances, stemming from people's own inner fear of Cold War realities. Could social attitudes toward existential problems we face as a civilization indeed have some influence on our perception of reality, and thus be somehow related (perhaps in a psycho-social way) to UFO studies? This, too, can be entertained without having to assume that all UFO sightings are psychological manifestations. Even Jung, we should note, had been compelled by the radar traces in relation to some of the better UFO incidents, which thus compelled him to believe there was, in fact, some kind of physical phenomenon or technology at work.

One other perplexing problem comes to mind here, however, when it comes to addressing technology. With the advent of mobile cameras and other technologies that would lend far greater efficiency to the study of unexplained phenomenon in the modern era, it is curious, yet again, that rather than being able to collect more data about things like UFOs, the trend continues to steer toward there being less, save the prolific appearances of lights in the sky which, filmed from a mobile phone, could represent stars, planets, planes, mirages, reflections, drones, or any number of other things with equal efficacy to the hoped-for UFOs so many of us wish to see. It's enough to cause one to wish that mobile phones had been in use in the 1970s, when the Waltons and the Hicksons and the Parkers and the like were having their encounters with craft and entities so strange it would rival the best science fiction.

We may not have an answer for the apparent changes in UFO appearances, or to be more blunt, the modern lack of appearances when compared with the prolific reports of decades past. But perhaps in attempting to understand the disparities that exist, we would be wise to consider a variety of possible influences, ranging from the technical use of cameras and technologies that have become widespread in their use, to the psychological underpinnings that relate to UFO studies worldwide. Proper assessment may not only reveal that there is a phenomenon, but that there are human components in equal measure that contribute to the ups and downs of one of Earth's most elusive mysteries.