My previous article - on the 40th anniversary of what has become known as the "Welsh Roswell" - prompted a couple of people to ask me if there are any other cases of alleged crashed UFO events in the U.K. Well, yes, there are, actually. That's to say, there are cases. Whether any of them really involved genuine, fallen flying saucers, however, is quite another matter entirely. But, since I opened the floodgates by dissecting the Welsh incident, then why not share with you the data on the other ones, too? So here goes...

There are longstanding reports of a UFO having plummeted to earth somewhere in the north of England during the Second World War. It's one of those tales that is equal parts hearsay, legend, folklore, testimony and fact. Some say the object was a definitive flying saucer, one that was piloted by diminutive humanoids that lost their lives in the violent crash. Others maintain the object was one of the legendary Foo Fighters that perplexed both Allied and Axis pilots during the war against Hitler's minions and cronies.

In 1955, journalist Dorothy Kilgallen (who died in 1965 - some say under questionable circumstances - while investigating the JFK assassination) spoke with a member of the British Government who apparently confirmed the basic details of the affair, and made references to (a) the bodies of "small men" having been found at the site of the crash, and (b) a classified, official report on the matter. 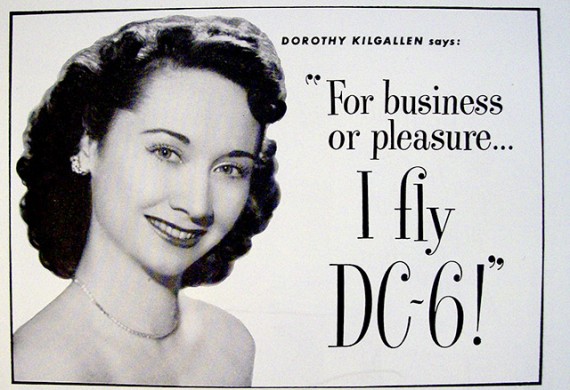 Moving on to the 1960s, we have one of the strangest cases ever to have crossed my path. In 1991, the late UFO researcher/author Leonard Stringfield published a story of an alleged UFO crash in, or near to, the Cannock Chase woods in the English county of Staffordshire in early 1964. Stringfield's source - a U.S. Navy man - claimed the UFO broke up in the skies over Europe, with fragments coming down in Germany and the major part on the Chase.

In 1996, the now-defunct Staffordshire UFO Group (run by Irene Bott) launched an investigation of the incident, in which I was peripherally involved. On one occasion in December 1996, myself and Irene interviewed an elderly man who claimed to have been present at the crash-site, and who said he saw a strange, triangular-shaped aircraft loaded onto a "lowboy trailer" by military personnel. He also claimed to have received a somewhat disturbing phone call from the British Ministry of Defense (on the very day of the interview, no less), suggesting it might not be a good idea for him to talk with me and Irene!

While it all sounds like definitive, paranoid X-Files-type fodder, Irene and I were able to prove that the old guy had indeed received a call from the MoD shortly before we arrived. The phone number of the office in question - which was an operator-service of the military - was traceable via a call-back service in the UK called "1471." To this day, I still find that odd and surreal experience to be one of the strangest I have ever experienced!

Equally weird is why the phone number was so easy to trace. I occasionally wonder if someone on the inside wanted the story to come out and did their utmost to try and achieve that very aim...

Only weeks later, a weird object came crashing down in the River Lea, Walthamstow, England. That much is provable, since a now-declassified file on the affair can be found and examined at the U.K.'s National Archives at Kew, Surrey, England. The story is that on the morning of April 13, 1964, a missile-like object was seen to plunge at high speed into the river - an event that was witnessed by many people, including a bus-driver named Bob Fall, who told his story to the local newspaper.

In no time at all, the Ministry of Defense was poking its collective nose around, and rumors circulated of a secret, late-night dredging of the river to retrieve the...well...whatever it was. I have my suspicions that it may well have been a bit of military hardware that fell off an aircraft. In literal terms, however, it remains a UFO.

Then, in January 1965 - a further file at the National Archives shows - something was seen to come down at March, Cambridgeshire, England. Police officers were dispatched to get to the bottom of the mystery but failed to do so. Nevertheless, the primary witness - a man named Max Beran - was adamant that he had seen a "curved object" that fell a "mile or two south east of the town."

As for the 1970s, well, of course, we have that certain Welsh affair. While there are a handful or two of reports from the 1980s, 1990s and 2000s, there is little doubt in my mind that they involved the likes of remotely-piloted vehicles (RPVs) that strayed off course, crashed, and became the subject of hasty and secret retrieval operations by the British military.

And, of course, there are a few stories of people who claim to know "where the alien bodies are held." Fingers are pointed at Porton Down (the home of the British Government's finest minds in the fields of chemical warfare and biological warfare); the government's Home Office; and deep beneath the green and pleasant countryside of Wiltshire, England - in definitive "Hangar 18"-style facilities.

I cannot say for sure that a UFO has never crashed to Earth in the U.K,, chiefly because many of the cases remain unfortunately under-investigated. What I can say, however, is that there are more than a few sources (some speaking on the record and others distinctly off it!) who maintain that the British Government does indeed have its very own cache of alien body-parts, corpses, debris, and semi-intact crashed saucers of the unearthly kind.

Maybe someone, somewhere in the U.K. will finally come forward who can offer something substantial on this controversial and woefully under-investigated (and under-appreciated) issue. If you have any input or information, let me know!

Why is National Geographic Lying About ESP?