There’s Something Dark in Grandma’s House

The doll sat on the couch, staring at a wall with its lifeless eyes as little Shana played on the floor with her other toys. Shana’s grandparents had gone into the next room to watch television, leaving her alone. They couldn’t have known what would happen next.“I stared at my grandparents watching TV in the other room for less than a minute,” she said. “I glanced back with some fear.” The doll on the couch had moved.

It hadn’t fallen: gravity hadn’t caused it to shift. The doll simply wasn’t in the same spot it had been just a moment before; and it was now staring at Shana. “He moved,” she said. “It scared me at the point I couldn’t move, and even though I did tell my grandma, no one believed.”

Although she never saw the doll move again, Shana knew there was something wrong with her grandparent’s house in El Salvador where she lived with her aunt. “Some times you can feel someone wandering around the house, switching the lights of rooms, and even playing some kind of music-like noises with objects in the kitchen,” she said, “but this just happens when I’m alone. My aunt says that nothing happens to her.” 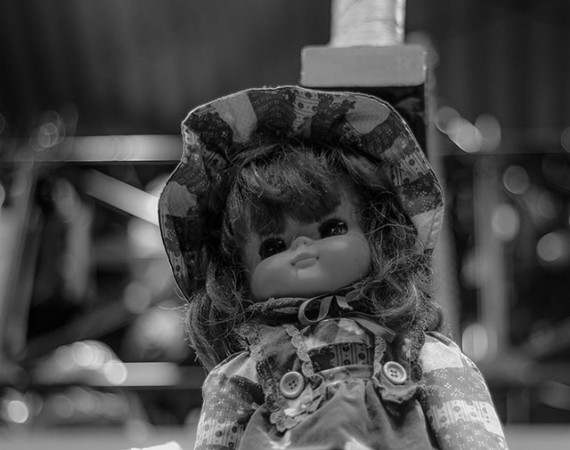 The entity in the house began to focus on Shana when she was a child, and took two of her favorite toys. She played with these toys daily, then one day the toys were gone. Not only physically gone, no one except Shana and the person who gave her the toys even remembers them, although Shana was hardly ever apart from them. “I’ve been tormented, and I can’t visit that house anymore because of how it makes me feel,” Shana said. “The uneasiness, and the fear is unbearable when I enter.”

As Shana grew older, the attention to her increased, but her family and friends were still oblivious. “It bothers me that no one believes me or gives some help,” she said. “I don’t want to live like this anymore, but nothing has worked to protect me from these happenings, and when I do, something about it only gets worse at the point I think of suicide, but I won’t let this condition demolish my spirit.”

Shana has since moved to a town 100 kilometers away, but still occasionally returns to visit her aunt, who is the only person who lives in that house since her grandmother died.

During a recent visit, one of the few incidents experienced by more people than just Shana involved a white cup. Shana found the cup one day in the kitchen cabinet sitting in front of all the household’s regular cups. “When I found the cup it was filthy with lots of dirt,” she said. “I cleaned it up and asked if someone has got in the house recently, and cleaned or something. When my aunt said, ‘no,’ I asked about the cup, and she said it was new to her, too.” 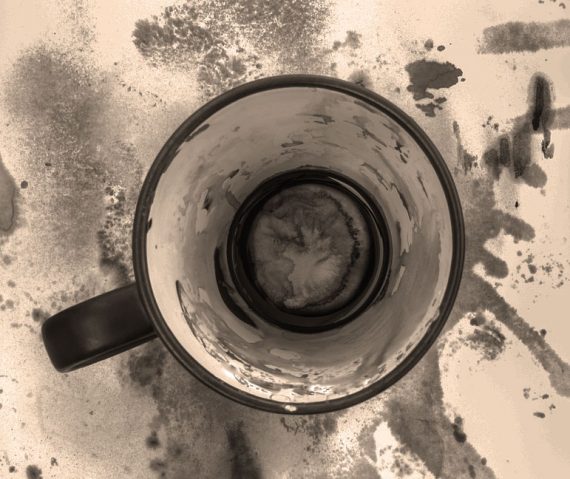 Shana washed this dirty encrusted, cracked cup in the sink and it transformed. It now seemed to be brand new. “It looked just fine, and that puzzled me,” she said. The cup sounded like crystal when rang with a spoon, but looked to be porcelain. Shana felt the overwhelming urge to drink from it, and filled it with wine, but something wasn’t right. It held more than it should. “One cup lasted me much more than I expected,” she said. “Then I tried it with water and peanuts, even candy. Same story.”

This nearly ever-full cup is always cold to the touch, and brings with it a feeling of despair. “I took it to my own house, but gave it to a friend two days later since some feeling got me when he grabbed it, that he had to take it with him,” she said. “It has some energy that makes you feel hopeless if you touch it, and I tested it with many people who claim that feeling is instant.”

Now living a safe enough distance from her grandmother’s house for the past six years, Shana feels much more comfortable than she did living there, except for the daily telephone calls from her aunt. “She keeps telling me she dreams with our dead family members, and they tell her that something bad has happened even if it’s not true at all,” she said. “She calls me every day at 8 a.m. just to ask if I’m okay.”

Shana is terrified those dreams may disturb her aunt enough to force Shana to live in that house once more. “Either she stops dreaming, or I’ll I have to move with her again, and suffer even more bullying from entities at her house,” she said. “Things are more normal where I am right now, and I really don’t want to move to that house ever again.”