Why is National Geographic Lying About ESP?

Do people have psychic powers?

That’s a really simple question; five words, 26 characters and a question mark.  It is though, shall we say…problematic.  It’s one of the most difficult questions that’s ever been posed in scientific and metaphysical circles.  Though people on both sides of that imaginary line are certain that they know the answer.

I’ve written on this topic many times, offering both my own opinion on the subject and its various branches, as well as reporting on advances in understanding in that regard.  There has been much to talk about, and generally, scientific reporting on this topic is careful to remain centered and unbiased, as is the role of science.  This doesn’t always happen though.

This subject in particular is charged, the question above is a loaded question.  Everyone has an opinion on it…everyone.  Few really know that much about it though.  That is, few take the time to look past the superficial, the romanticized psychic trades, ghost hunting mediums and pop-culture, to really understand what PSI or ESP or whatever you want to call it, really is on a fundamental level.

I’m no expert mind you, just an enthusiast you might say.  I am fairly well read on the subject though, and it pains me to see so-called experts making egregious assumptions and well known media outlets misrepresenting the facts of the issue.  That is, however, exactly what I found circulating social media today.

National Geographic, a source for news and education on the natural world, and which has had some PR issues of late, has taken a position on the issue of psychic abilities, or ESP as they put it.  They reported on a new study published on January 13 in the scientific journal PLOS One.  This study focused on determining if people can detect subtle changes in visual media while not being able to identify what had changed.  According to their conclusions, yes, they can.

It’s a fascinating study, well worth reading if you’re interested in perceptual psychology and neuroscience, but you may already be wondering exactly what that has to do with ESP.  From my reading of the paper, not a damn thing, but as I said I’m not an expert.

A single word in the paper relates in a very semantic way to the study of extrasensory perception and associated phenomena.  In their discussion of the findings, which amounts to educated speculation on the impact these findings would have on other areas of study, they use the word “mindsight”.  And though the context in which they used it was not related to PSY or ESP, this is the only reference I can find in the entire paper that might lead the more credulous to think they meant such.

What they did mean by invoking that word, was as a way of labelling a process known where a person can pick up visual information that they can’t see because of brain injury.  However, that they can’t see it is inaccurate.  Their eye and visual apparatus do detect the information and relay it to the brain, but the cerebral cortex doesn’t allow them to be consciously aware of that fact.  The researchers believe that the information is processed in a sort of subconscious way.  They define the word as “the ability to detect changes before one is able to identify them.”

“The term “mindsight” was invented in analogy to the phenomenon of blindsight. In blindsight, a patient with damage to the primary visual cortex reports not being able to see stimuli located in the corresponding part of the visual field. However, some of these patients are still able to detect the occurrence of visual transients, a phenomenon sometimes referred to as type 2 blindsight.”[1]

That sounds fairly straightforward, doesn’t it?  You would think most would agree, but it seems the folks at National Geographic, and several prominent skeptics are confused by this paper. They claim that these result prove that ESP doesn’t exist.

That is a BIG claim.  An entirely unsupported claim at that.

The National Geographic article that cites this paper goes on to dissect two famous past experiments that actually did take on ESP, with varying and controversial results.  They provide a very cursory abstract of each experiment, skewing the explanation, and then they list the “believer’s” view and the “skeptic’s” view on each.  They did so in a very amateurish way, I might add.  Of course, there have been far more than just two experiments on this subject, some more objective and well done than those cited, and some that appear to confirm ESP, but these aren’t mentioned. 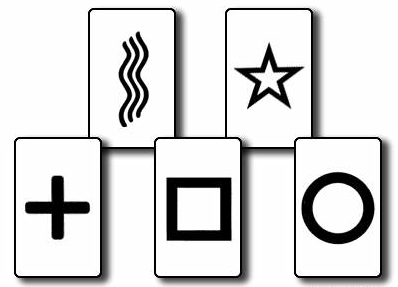 Instead of offering a transparent look at the subject, they’ve decided to explicitly deny that any such phenomenon exists, and they’ve totally misrepresented the spirit, intent, and conclusions of the study in question.  I wouldn’t normally devote any time to such closed-mindedness, and that isn’t to say that I don’t value skepticism, my work clearly says otherwise, but this is a definitive message being given to the public by a trusted source of information on the natural world.  A message that is demonstrably wrong.  What’s worse is that some well-known skeptics (read deniers) have taken up this message, apparently without looking at the source, and are running with it.

It is not the place of science reporting to twist the products of science to fit some philosophical or secular ideology.  We, the public, need to know that what we find on these sites - outlets that purport impartial coverage of issues that are as charged as this - is pared down to truth and that it is presented in a transparent and honest manner.

Why did they do this?  I have no idea.  I might speculate that someone on their editorial staff fits the description of a denialist, or that they’re seeking page views through controversial content.  Either way, I'm disgusted.