Will Mittens the Kitten Get to Experience an Afterlife?

The social status of family pets has gone from being the dirty, hairy thing on the front porch whose primary job was to make table scraps disappear, to being full-blown members of the family who often get better treatment than their human siblings do. Our pets have earned this status through loyalty and love, but have they earned a spot in the afterlife?

Let’s say Mittens the kitten was a cute little ball of fur, not much bigger than one’s hand when she was adopted into the family. For the next 15 years Mittens was present for every holiday gathering, every accomplishment the kids achieved, and every failure overcome to achieve them.

Mittens had her own bed.

She had her own dishes, which no one else is allowed to use.

She was allowed to sit wherever she wishes, even if she wanted to sit on top of us, or needed us to move over so she can get to her spot on the sofa.

Mittens even got her own bathroom, which she didn’t even have to clean.

This rottenness was what gave Mittens personality.

It’s just one of the many reasons the death of Mittens hit the family so hard. 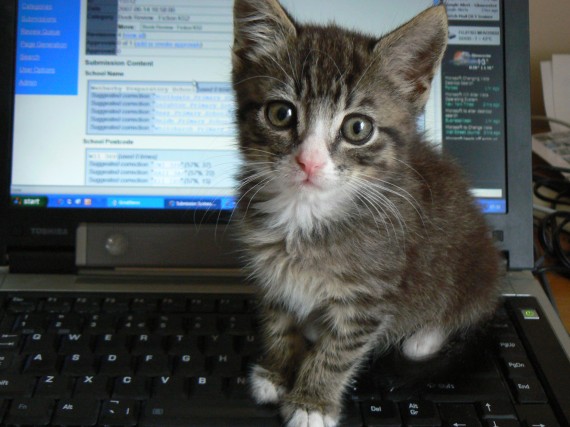 Families elevating animals to such high status in the home would have been historically viewed as weirdos in many cultures. When pets died in those days there were no funeral services, gravestones, or coffins. Dead pets were more likely to be tossed out with the trash than buried and marked for remembrance in some cultures.

Today there is a surge in pet owners seeking out pet cemeteries for appropriate burial, and conducting funeral services with family, friends, and clergy. There are more than 600 pet cemeteries registered in the United States alone, and they are also popular in London and certain areas of Japan.

So is it a waste of time to get Pastor Heathcliff, or Rabbi Garfield, on the phone and make arrangements for Mittens’s funeral service? Is there really an animal afterlife?

Through experiences with our pets and the relationships we have with other animals around us, we will undoubtedly observe physical quirks and emotional responses by both at some point in our lives.

Our ability to communicate with our pets despite the speech and language barriers is special when you think about it. No matter what kind of pet you have, or which language you might speak, when that animal was brought into the home it didn’t understand a single word coming out of your mouth.

Over time you and the pet just learn how to communicate effectively.

Who is teaching who during this process?

I recently watched an interview of Danielle Mackinnon. Mackinnon is a psychic who specializes in communicating with animals on the other side who insists animals not only have souls, but have a special place just for them in the afterlife.

She described the soul as being the energy that personified the living being. This energy separates from the body when death occurs, or sometimes even right before death occurs.

In the interview, Mackinnon says animals are put here to help humans through life by sharing wisdom and imparting valuable life lessons. When they die, they cross over into a plain with other animals. From there, they can cross back and forth freely as if the layer dividing the two worlds was see-through thin.

Judging from forum posts on the website of The 700 Club, a christian-based discussion show on the CBN cable network, modern Christians even appear fond of believing animals, especially our beloved pets, have souls and will be there to greet owners when they cross over.

From G.O.: I appreciated your article on animals and heaven; however, I must add: Ecclesiastes 12:7, the "spirit" is the breath of life and returns to God at physical death for all creatures. God created animals first, then gave humans stewardship over them. The Paradise of God (aka Eden) is an active part of the heavenly realm. Eternity is NOT spent in heaven but on earth in the New Jerusalem (which has the streets of gold, Rev 21-22) with God. All will be restored – ALL animals will be restored too.

So it’s probably no surprise the occurrences of animal ghosts is something becoming more common today than in previous generations.

If popular opinion is worth anything, it seems as though animals, especially pets like Mittens, are generally believed to have souls among those inclined to believe in souls from the outset.

There is no shortage of animal ghost stories out there. You would probably have to spend the better part of a week digging into the Internet’s nooks and crannies to find them all. it seems the more pets integrate into our families and get a boost in social status, the more frequent animal ghost stories become.

Animal ghost stories might be becoming more popular, but it isn’t anything entirely new either.

Ancient Roman spectators visiting the Colosseum may have enjoyed watching gladiators destroy animals, but the creatures weren't pleased. Many of the animals killed for sport still linger in the ruins of their death place. Tourists and locals alike have reported hearing the cries of exotic animals while visiting the historic structure.

There are reports of animal ghosts throughout history.

October 5, 2013 we lost Louie our 6-year-old Chihuahua Terrier mix. He was part of our family and we are devastated. Not only from losing him but in the way he was taken from us. I let him out like any other night and within five minutes we heard two little yelps. A coyote came onto our property and took and killed Louie. Although we never found anything of him the next morning, when it was light out our beagle took us straight to the spot where he was killed and there was blood.This morning as I was sleeping, I was woken up by feeling of Louie walking on my bed. I was laying on my back, and felt him walk down my left side around to my right and then come back up to my right shoulder, curl up and lay down. I kept my eyes closed knowing he wasn't really there but not wanting that feeling to disappear.I feel like he came back to tell me goodbye since we didn't have that chance. He slept with me every night, and I'm hoping this isn't the last time I feel his presence. I pray that he'll come back and let my kids and husband feel him around them too, hoping it will give them a little bit of closure.— Amy in Iowa via DreamWatch.com

If psychics can talk to animals on the other side, and people continue to report seeing ghost animals, particularly ghosts of lost family pets, and some religions also believe animals experience an afterlife, then Mittens’s soul might be just beginning its journey.

Wherever there is are allegedly ghosts, it isn’t unreasonable to believe some kind of soul transference is possible as well.

Soul or No Soul, the Memory of Mittens Will Be Eternal

Mittens’s memory will always be within those who tapped inside the cat’s body to the burning energy that made Mittens Mittens. The memories of a special bond with a pet like Mittens are forever burned into the minds of the humans who experienced it. They are the kind of memories that can poke through the thickest fog Alzheimer’s Disease can dish out in more ways than just one.

Whether you believe in souls or not, you cannot deny the power of pets and animals. There is a reason so many ancient cultures used animal imagery in its folklore and art. The power of the animal spirit is strong. Animals the power to frighten us, comfort us, bring us joy, help us survive, and even bring us sadness.

For those who are open to it, the experience of bonding with an animal is so powerful it will be remembered until that person ceases to exist in person, spirit, or soul.

If there is an afterlife, do animals and pets make the cut?

The reported paranormal experiences surrounding pets and animals seem to back up their importance to us. If there is an afterlife, would it really be worth going to if Mittens, your favorite cat, couldn’t come too?

Even if there isn’t an afterlife, the memory of important pets will likely hang in there until the lights go out for good.

Love is love, and it has the power to transcend species.