On the night of April 21, 1991, the term "close encounter" took on an altogether more significant meaning for the crew and passengers of a London, England-bound airliner. At 9.00 p.m., Captain Achille Zaghetti - who was piloting a McDonnell MD-80 aircraft - was amazed to see a missile-like unidentified flying object pass his aircraft as it flew over the English county of Kent, at a height of more than 22,000 feet.

As the UFO was no more than 1,000 feet above the airliner, and the incident was therefore classified as a "near miss," an official inquiry was launched by the Civil Aviation Authority. Approximately two weeks later, the CAA issued a statement to the media that read as follows: "The pilot said the object was light brown, round, 3 meters long, and did not describe any means of propulsion."

The statement continued: "The aircraft was under the control of the London air traffic control center who had no other aircraft in the vicinity but consistent with the pilot report, a faint radar trace was observed 10 nautical miles behind the Alitalia aircraft." 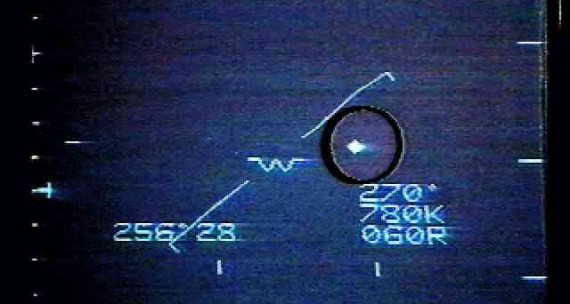 In conclusion, it was stated: "The air traffic controller submitted an occurrence report and investigatory action began immediately. Extensive enquiries have failed to provide any indication of what the sighting may have been."

One of the most interesting things about this particular incident is the attitude taken by the British Ministry of Defense at the time: "What happened is a mystery. It was yet another UFO," said an MoD spokesperson on the same day that the CAA issued its findings on the case.

In a statement to Britain's Independent newspaper, the MoD elaborated: "We do have quite a few UFO reports and often people who see these things describe them as missile or cigar-shaped, or else round, and sometimes they do appear to be travelling with no means of propulsion."

The speed with which the MoD dismissed the case as yet another unexplained incident led to suspicion that this was simply a cover story - one intended to hide the possibility that a missile (or a pilotless drone) had gone astray and almost collided with an airliner over a densely populated area of the British Isles. As fantastic as this scenario may seem, it is actually more than plausible.

At the precise moment that Captain Zaghetti viewed the UFO, his aircraft was flying directly over Lydd Ranges, a Ministry of Defense firing range, run by the nearby Shorncliffe Camp - an area which is marked on aircraft navigational charts as "Danger Zone DO-44." On top of that, air traffic controllers at Lydd Airport admitted to journalists at the Sunday Times newspaper that not only was weapons-testing undertaken at the army range, but that it occurred directly under established flight paths.

"The MoD notify us when they're firing up to 6,500 feet with live stuff. We're never told of any missiles. It's all top secret," said Cleo Proctor, the duty controller at Lydd Airport.

The Ministry of Defense worked quickly to squelch rumors that the UFO was an errant missile: "Whatever [Captain Zaghetti] might have seen might have been something that was flying, but was certainly not anything that was fired. It was a Sunday. The only ranges we have in the Kent area are Lydd and Hythe, and they are concerned with small arms only," the MoD told Stephen Ward of the Independent. The controversy, however, continued at a fine rate of knots. 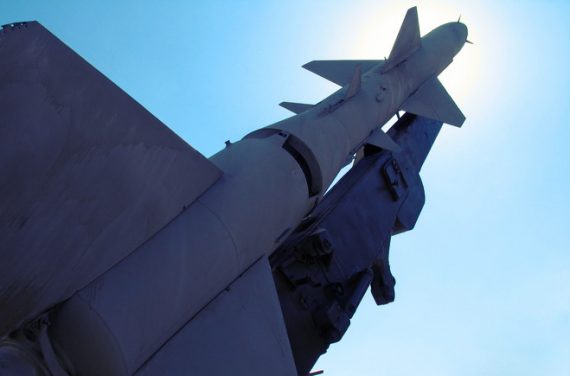 Duncan Lennox, the editor of Jane's Strategic Weapons Systems, said that the description of the UFO given by Captain Zaghetti was consistent with that of a target missile or drone of the type used for air defense practice. According to Lennox, although not usually primed with a warhead, such a missile could certainly destroy an aircraft: "If it hit the cockpit, it would kill the crew and bring down the airliner."

Despite Lennox's statement, the Ministry of Defense continued to assert that the object did not originate with the British military, as the following letter sent to me by the MoD at the time shows: "The only surface-to-air missiles that could go as high as 22,200 feet are the Bloodhound (operated by the RAF) and the Sea Dart (operated by the Royal Navy). The Rapier missile is launched from the range at Benbecula in the Western Isles and the Aberporth range in Wales."

The MoD continued to me: "Precise details of the operational ceiling of rapier missiles is classified, but they could not go as high as 22,200 feet. The sighting in question would not be connected with the range at Lydd, as this has only anti-tank, light mortar, grenade and rifle ranges as well as limited field firing facilities."

The Ministry of Defense continued to maintain that the entire incident was unexplained. If so, this implies that the MoD was admitting that a genuine UFO (whatever that might be!) penetrated British airspace and came close to causing a mid-air disaster and large-scale death.

On the other hand, if the UFO angle was introduced to divert attention away from the allegations that the object was a missile, then this conjures up an interesting scenario: the MoD has exploited the UFO phenomenon to cover up potentially embarrassing and dangerous incidents and mistakes of its own making. Or, worse still, the missile was the creation of a nation (or group) hostile to the UK.

As the late Graham Birdsall - the editor of the British UFO Magazine - astutely noted on this curious case: "Tell MPs [Note from Nick: Members of Parliament] that a missile almost brought down a civilian aircraft and all hell is let loose - tell MPs it was a UFO, and nobody wants to know."

The Hutchison Effect, The Mahabharata, and Acoustic Levitation