Aquatic Ape Theory: An Argument For Our Watery Origins

The world just finished celebrating the birthday of Charles Darwin on February 12th, who, I’m sure you’re aware, was the originator of the evolutionary Theory of Natural Selection. Known as his dangerous idea, it was outlined in his 1859 book On the Origin of Species by Means of Natural Selection, Or the Preservation of Favoured Races in the Struggle for Life. Indeed, it was a dangerous idea, and continues to be to this day.

Natural Selection is a fairly simple concept with powerful explanatory power and an undefeated track-record.  There are a lot of people who still misunderstand it though, in spite of the many informational resources available to help people understand what it is, what it means, and almost more importantly, what it doesn’t mean.

One of the major misunderstandings is that the Theory of Natural Selection gets confused with the fact of evolution.  Evolution happened, there is no question.  Species have evolved over time, from common ancestors to disparate modern species.  This has been demonstrated, illustrated and proven thousands of times.  The Theory of Natural Selection, however, is a proposed explanation for how species evolved, and what drives the process of evolution.  On the Origins of Species simply presented an explanation of an observed phenomenon in the environment, evolution, as is the responsibility of science. 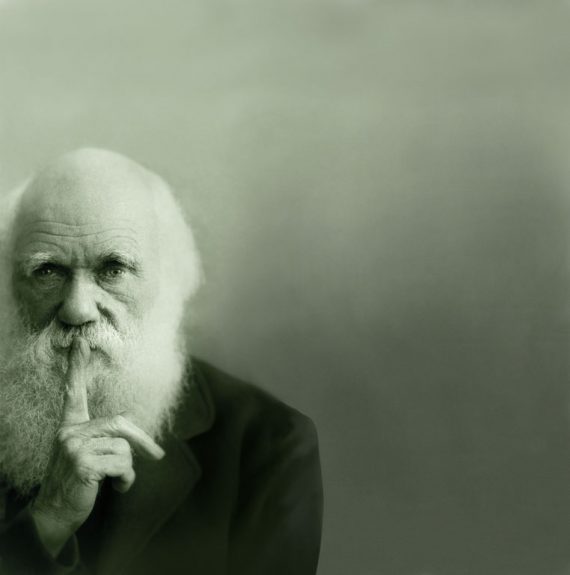 There have been other theories over the years. Preformationism, one of the earliest theoretical explanations for the diversity of species on Earth, suggested that all species were formed at the same time, and that there existed a perfectly formed tiny being, called a homunculus, inside reproductive organs.  It was thought that the homunculus was the basis for life, and that all future generations grew from homunculi that have existed since the beginning of creation.

Epigenesis counters Preformationism, and pretty well defeats it, but this is the way of scientific theorising; an idea is presented, examined, and critiqued, and competing ideas are generated, which also undergo critical examination, and eventually one comes out on top as the most likely explanation.  It’s extremely rare, and some would say impossible, to find a theory that is considered completely accurate, so as to be called definitively correct.  And even for theories, such as the Theory of Natural Selection, that are considered to be the most accurate explanations we can find, there are still competing ideas with which to contend.

One such theory is the paleoanthropological theory of human emergence from the savannas of Africa, or African Origins Theory.  That’s actually a collection of theories, all of which take for granted the idea that we humans began our existence on the plains of Africa and that we emerged from there, spreading out across Asia and into Europe, either once or multiple times over the course of our history.  African Origins Theory is fairly well accepted among anthropologists and archaeologists, as well as most related scientific disciplines, but there are, as with Natural Selection, some competing ideas.

One theory, or hypothesis as the case may be, that tenaciously attacks the African Origin Theory is the Aquatic Ape Theory.  Currently held under the umbrella of the Waterside Hypothesis of Human Evolution, Aquatic Ape Theory says, simply, that at some point in the past, between the time that our ancestors left ancient arboreal forests, and took up residence on those African savannas, we had an aquatic phase, wherein we lived in and around water.

Aquatic Ape Theory was first hypothesised by the English marine biologist Sir Alister Hardy in 1960, though he first learned of the idea through German pathologist Max Westenhöfer, who formulated a similar though less defined idea in 1940, in which he called the interim species aquatile man.  It was later taken up by author Elaine Morgan, who wrote the seminal work on the topic, The Aquatic Ape Hypothesis (1997). 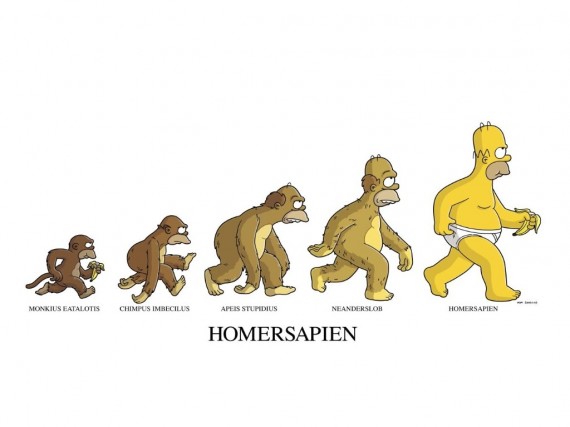 The basis for the Aquatic Ape Theory or AAT is that there are anatomical features in humans that are unexplained through Natural Selection if we accept that we moved directly from the forest to the savannah. Hardy, and later Morgan, claimed that these features are better explained by an extended period of human development that involved prolonged periods in relatively deep water, whether fresh, alkaline or saline.

Each feature has, on its own, been the subject of much discussion regarding human origins, in relation to Ancient Alien Theory, Young Earth Creationism, and Intelligent Design.  But none of those ideologies have been able to present a plausible or compelling counterargument to the African Origin Theory.  Aquatic Ape Theory does, however…at least it appears to.

The specific arguments are as follows:

Similar to modern semi-aquatic mammals, such as hippopotamus, and fully aquatic cetaceans, AAT says that humans lost their body hair as an adaptation to an aquatic environment.  It is thought that we evolved less hair and more subcutaneous fat as a mechanism for regulating body temperature, and that this adaptation is better explained by an aquatic or semi-aquatic lifestyle.

Humans have a larger encephalization quotient than any other animal, which means that our cranial capacity and brain size to body-weight ratio is higher than any other species.  Species that have similar encephalization quotients all seem to be aquatic, i.e. whales, dolphins, etc.  AAT says that the only way humans could have developed such a large quotient is through a diet rich in docosahexaenoic acid or DHA (an omega-3 fatty acid) and iodine-ions, both of which are found in most fish and other seafood and which are not generally found in foods native to grasslands or other terrestrial habitats.

Fulltime bipedalism among mammals is unique to humans, and paleoanthropologists have long struggled to explain just how that might have come about.  Theories suggest that there was selection pressure to adapt to bipedalism through our social habits and the development of hunting skills, but AAT seems to have a better explanation.  Hardy claimed that walking upright came about through learning to wade into deeper and deeper water, while keeping the head above the surface.  From there we began to use our hands for tools and hunting, and bipedalism ultimately changed nearly every part of our lives, from breeding and gestation, to, as some have theorised, a larger-still encephalization quotient.

In almost all land mammals the larynx is situated in the nasal cavity, but in both humans and cetaceans, the larynx is situated in the throat.  In cetaceans, it’s believed that this larynx position allows them to close off the trachea while diving.  In humans, the location of our larynx is what allows us to vocalize and also provides the ability to close off and otherwise manipulate the trachea.

Arguments include - Infant adiposity, or baby fat, which is thought to provide greater buoyancy in water. Vernix caseosa, which is the cheesy-varnish coating on newborn babies, is only seen in a few semi-aquatic species, such as pinnipeds or seals.  Delayed bipedalism, which is unheard of in other mammals, though would be expected of an aquatic species.  An innate or instinctual ability to swim and hold breath underwater is known in human babies, but is not found in other land mammals or hominids.

Of course, all of these arguments have counterarguments in mainstream anthropology, some of which are easier to reconcile than others, and the entire Aquatic Ape Theory is held to be pseudoscience by most scientists.  Other than a symposium held in the Netherlands in 1987, the ideas presented through AAT haven’t really been subjected to much scientific scrutiny, but the theory was recently given support by British naturalist David Attenborough through a conference in London in May of 2013, at which he voiced his favourable opinion.

“Humans are very different from other apes. We lack fur, walk upright, have big brains and subcutaneous fat and have a descended larynx, a feature common among aquatic animals but not apes.”[1]

And a nod from Attenborough might suggest that there’s more to the core issues of human evolution than current accepted theories allow.