Bigfoot Hunting: The New American Pastime, Or Something Else?

The 1950s in America, with the innocence and excitement that abounded during that era, served dutifully as the "Golden Era" for a host of now famous modern endeavors. Following the Second World War, as the United States emerged from the conflict as one of the major world superpowers, creativity was running high, and new forms of industry and infrastructure were being identified and executed for profit, thanks in large part to the necessity for innovation that occurred during the war years.

The 1950s would also usher in an age when, in the absence of the requisite focus on wartime turmoil, curiosity, hearsay, and perhaps a bit of boredom, blended eloquently to lend themselves to new, and sometimes odd, interests. Of particular interest to our audience here, the 1950s ushered in such things as the modern flying saucer craze, as well as a new interest in an older story from further back up in the foothills around the Pacific Northwest: the alleged existence of "ape men" in the remote wilds of North America.

We sometimes forget how old this phenomenon really is, especially when we find ourselves watching the mind-numbing silliness (or sport, according to some) that so-called "Bigfoot hunting" has become. But has it really become the past time of a select few weekend-warriors who are out in search of the biggest-game there is, or is it a continuation of a much older cultural practice? Read on friends, and you may just learn the sad, shameful truth.

The discussion of the Bigfoot craze in America is a lot like flying saucers, in a sense, in that while the perceived fascination with the phenomenon would begin in the 1940s and 50s, there are earlier histories that involve both the wild men of the remote parts of America, as well as unidentified flying objects. Reports of strange airships--and even disc shaped craft in at least a few instances--do go back much further in our cultural memory than the first sighting of alleged "flying saucers" by Kenneth Arnold in 1947 (which, as has been argued elsewhere, may not have been "saucers" at all). The airship reports date back to the 1890s, often linked with Jules Verne's presentations on such themes in books like Robur the Conquerer and its sequel, Master of the World. In similar fashion, reports of "wild men" in the Americas that pre-date the 1950s reports that led to the creation of "Bigfoot" (if in name only, and largely by members of the press, as had been the case with Arnold's "saucers") exist also; notable reports include a detailed affidavit written and signed by William Roe a few years prior to the famous hoax that fooled Jerry Crew at Bluff Creek, California, as well as earlier reports such as the "Ruby Ridge" incident, and collected accounts of the Harrison Lake Chehalis natives authored by J.W. Burns even earlier. 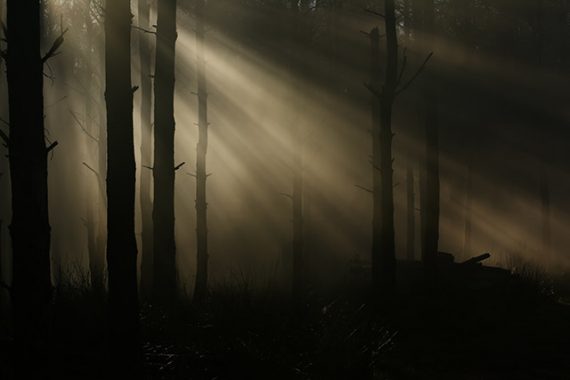 In those days, going out and "hunting" Bigfoot, for those who took the matter seriously, was something that was seldom done... although there were a few who were doing it, and trying to do it seriously. Namely, among these were writer and researcher John Green, as well as Rene Dahinden (who famously took a ver literalist "pro-kill" stance regarding Bigfoot "hunts" early on), as well as the British explorer and adventurer Peter Byrne, who would claim to have raised several millions of dollars throughout the 50s, 60s, and 70s that had gone toward serious studies into Bigfoot's potential existence. Zoologists the likes of Ivan Sanderson, as well as his colleague Bernard Huevelmans (who actually coined the term "cryptozoology) also took serious interest in the matter. Later, the renowned anthropologist Grover Krantz would enter the proverbial Bigfoot-ring, espousing views regarding "final proof" of the creature that mirrored Dahinden's early offerings on the necessity for having to kill one of the creatures. Finally, one Archie Buckley, a pediatrist who studied alleged Bigfoot footprints, would attempt to make a strong case for their existence, in part with the help of promotion through programs like In Search Of... and other television specials which most of the men described above had variously appeared on.

There is, today, very much still a television and entertainment component to all this, but it has changed. While programs like In Search Of... actually did highlight the research of people who took the subject seriously, it managed to do so without the preponderance of sensationalism present in modern televised offerings on the subject. To be blunt, the now-famous formula known as "reality television" was not considered the be-all-end-all, and thus some hints at integrity that lay behind the field work of such aforementioned researchers still managed to filter through, without compromising prime-time ratings in the process.

But think for a moment about the modern equivalent (if you can really call it that). Modern programming, such as Finding Bigfoot, more often tends to highlight the adventurous absurdity of following "teams" of "trained" individuals into the "field" where they engage in such scientific endeavors as conducting stake-outs with night vision and thermal cameras, and yodel at the top of their lungs in an attempt to "lure" Sasquatches close to their camp sites, in an effort to "capture" (on film, at very least) evidence of these supposed mythical beasts. Does any of this sound familiar to anyone? I sure think it does. 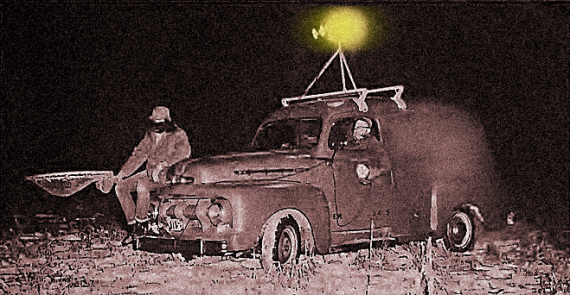 Having grown up in the rural south, there is an expression that is occasionally evoked in reference to searching for things that don't exist (and that's not to say here, of course, that Bigfoot may not exist... but bear with me). No, if anything the modern equivalent of Bigfoot research, so far as "field work" goes, more closely resembles what is called "snipe hunting" in rural parts of the Americas. How it works is you take a presumed neophyte and introduce the idea to them (often following the consumption of alcohol) that a strange, smallish creature exists in the forests nearby.

Through careful mimicry of this creature's mating call, it can be lured close, and even coaxed into leaping into an empty pillow case or similar sack, thus securing capture of the "snipe." No real explanation need be given as to what, precisely, a "snipe" is (although there are varieties of shore birds that do share the name), nor the excuse for attempting to catch one. But the fable goes that there is indeed a prestigious award for succeeding at the game, and hence many a drunken hillbilly has been, like the snipe he intends to catch, lured unwittingly into the forests, and made to issue absurd sounding yodeling, as well as banging rocks or sticks together, with hope of luring and bagging the most esoteric creature known to man... largely due in part to the fact that, since it doesn't actually exist, nobody has really ever seen one, either. 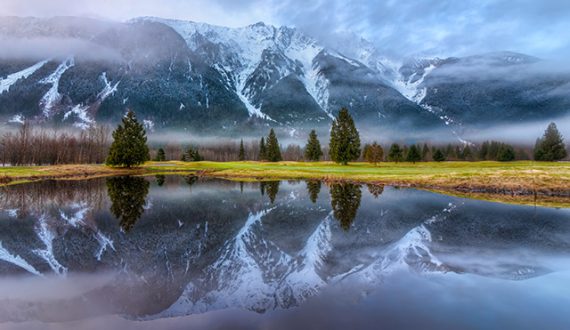 I think most of you probably see the comparison I'm making here, and with little doubt, comparing Bigfoot research to a snipe hunt will evoke anger among a few of the serious "weekenders" who are out there trudging through swamps and hollows, hoping to uncover hard evidence of a legend in our midst. However, my intention is not to degrade the subject, or to take away from the possibility, which remains, that there might be some literal creature out there that fits the description for being a "Bigfoot." Still, I think it is fair to ask, noting the parallels aforementioned, "when did hunting Bigfoot begin to resemble a snipe hunt?" Does this lend credence to the idea that such a creature might exist, or does it do more harm than good? Note that in many cases, modern Bigfooters actually are yodeling and banging rocks and sticks together in their search for the creature... perhaps snipe hunters would do well to add thermal imaging cameras to their arsenals, too.

Maybe it provides a statement on our culture, and just like that gullible, intoxicated fool that has allowed himself to be led out into the cold night air in search of a mystery, could our entertainment-driven culture have just as easily "lured" what otherwise might be capable researchers into the "field," with the promise of stardom and fame, at the detriment to serious research into the potential existence of a relic hominid? It is a fair assessment, in my opinion... and since we're discussing fairness, I wish that some in the modern Bigfoot community would also give it fair consideration. 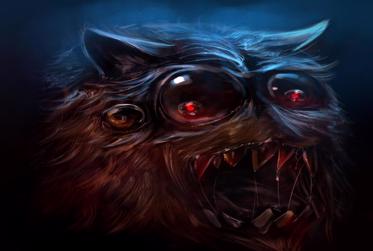