For decades, reports have surfaced all across the British Isles of sightings of what have become known as "Alien Big Cats," or ABCs. Ascertaining where, exactly, the creatures come from is an issue that has, in many ways, polarized the ABC research community into various camps. And, it scarcely needs saying, the debate has sometimes reached near-inflammatory proportions!

There are those researchers who believe the cats to be escapees from private menageries. Others suggests such animals were secretly let loose into the wild in the 1970s, when the British Government altered the legislation concerning the keeping of large, and potentially dangerous, cats. So the theory goes, the ABCs roaming Britain today are the descendants of the descendants (and so on) of the original 1970s-era cats. Then there is the theory that the mysterious beasts have paranormal origins. But, there is something else, too.

One very important issue that does not always get the attention it most assuredly deserves, is the fact that such reports of the ABC variety do not just date from relatively recent times - such as the last forty years or so. Certainly, there are far more than a few Alien Big Cat reports on file that date back centuries. This provokes a fascinating - but undeniably controversial - theory: that there is nothing new, at all, about Britain's large and out of place cats. 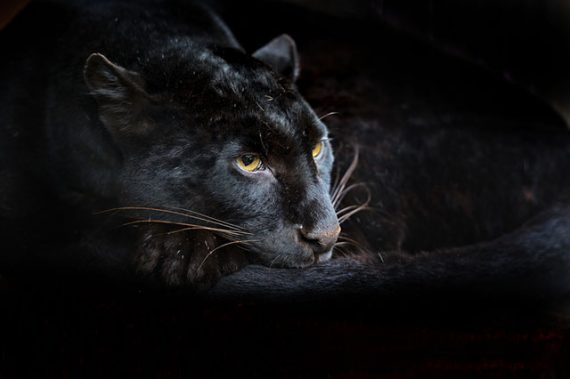 Is it possible that the ABC phenomenon is not a modern day one, as many believe, but actually an old one? Maybe even a very old one? Just perhaps, the British Isles has had large cats in its midst for an astonishingly long time. All of this brings me to a certain incident that occurred in central England way back in the 16th Century.

Only nine miles from the fringes of the paranormal-soaked Cannock Chase woods, and specifically near the town of Brewood, stands Chillington Hall. The present hall is actually the third one: a castle was built on the site in the 12th century, while today’s hall was constructed in 1724. It is, however, the second Chillington Hall that specifically concerns us right now.

It was at Chillington Hall, in the 1500s, that one of the first private zoos was established – by a nobleman named Sir John Giffard. According to local legend, on one fateful day, Sir John’s favorite animal, a fully-grown leopard no less, escaped from the confines of its enclosure and charged headlong into the wilds of the surrounding Staffordshire countryside.

Arming himself with a cross-bow, Sir John, along with his son, quickly set off in hot pursuit of the marauding animal. To their complete horror, father and son found the animal poised to attack a terror-stricken mother and her child who were cowering on the ground.

In an instant, according to the old story at least, Sir John drew his bow and took careful and quick aim. At that very same moment, his son cried out: "Prenez haliene, tirez fort!" or: "Breathe deep, pull hard!" Sir John sensibly, and rapidly, took his son’s advice and fired. With but just one shot, the leopard fell to the floor, utterly stone dead.

Giffard’s Cross – which still stands to this day – was raised where the creature is reputed to have taken its very last breath. Sir John, meanwhile, decided it might be a very good idea to adopt his son’s words as the family’s motto. 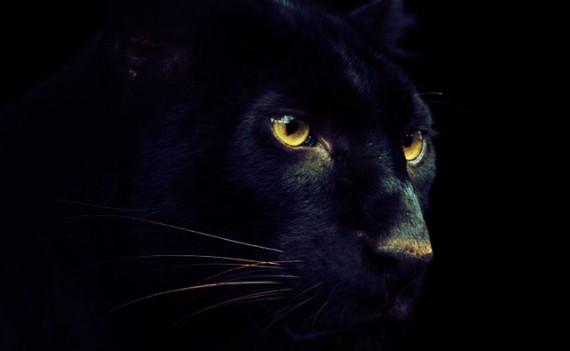 Of course, if one large, exotic cat was roaming the wilds of the British Isles as far back as the 1500s (albeit admittedly briefly), then who knows how many other possible escapees there might well have been that weren’t cut down by the power of Sir John’s cross-bow?

It is a sobering thought that there may possibly have been significant numbers of large, wild cats living stealthily in the woods and forests of Britain more than five hundred years ago – and perhaps even reproducing and thriving, too. Perhaps the mystery of the nation's big cats is a far, far older one than we generally give it credit for.

Indeed, that Britain's ABCs have gained major prominence in the last few decades or so does not mean that they amount to a relatively new phenomenon. It might be far more accurate to suggest they have become a relatively newly-appreciated phenomenon.  As incredible as all of this might sound, such animals may have been hiding in the woods, the fields, and the forests since time immemorial.

Due to the inevitable passage and fog of time, definitively proving for how long Alien Big Cats have really roamed Britain is going to become a more and more difficult task. If the answers do surface, however, I strongly suspect they will place the entire ABC puzzle in a whole new light. A presumed modern day mystery may not be quite so modern, after all...