Demons, possessions, devils leaping on hospital beds... these are all elements of recent news stories that seem to highlight the media/entertainment complex's fixation with the paranormal. This is most often espoused through images of reflections, shadows, lens flares, light anomalies, and other elements filtered through pareidolic shape recognition to reveal "ghosts" standing before windows and doorways in homes.

There have been a few recent cases that are a bit more compelling, such as the image of an alleged "demon" seen perching upon a hospital bed, captured by surveillance cameras on site (the image can be viewed here). While it's impossible to discern precisely what the object actually is, its resemblance to a strange creature leaping atop the bed and hovering over its presumed "victim" does evoke popular imagery associated with the condition known as sleep paralysis, which has often been interpreted culturally as the literal presence of a ghost or spirit climbing onto a sleeping person (thus lending to such terms as "The Old Hag" and "Witch Riding Your Back" that have become associated with the experience).

What, if anything, does the photograph actually show? While the story is compelling, it isn't quite convincing for most of us... more a novelty than anything, rather than confirmation of creatures from the dark side that straddle us during our nightmares. However, one recent case that has made multiple headlines worldwide has a few experts scratching their heads, and wondering if there might not actually be more to the idea of demonic presences in our midst. 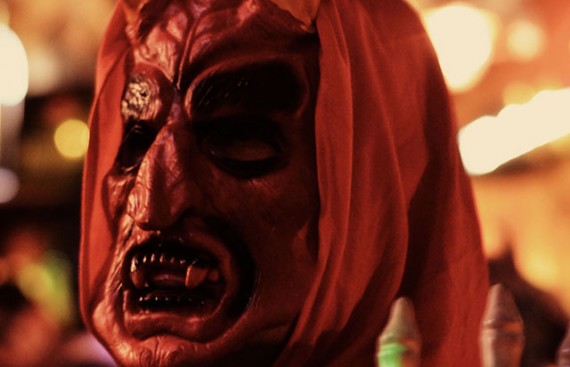 In what has arguably become one of the most well-publicized cases of alleged demonic possession in years, Latoya Ammons of Gary, Indiana and her children underwent several months of torment from what they perceived as malevolent spirits that existed within a home they were renting at the time. The source of the haunting appeared to emanate from beneath the stairs in the basement, where the raw earth beneath a concrete covering had been exposed (later, law enforcement officials would dig in this location, concerned that there might be a body buried here, but none was found).

Ghostly footsteps were often heard at night, but in addition to the more traditional ethereal elements, there were also claims of wet prints that would accompany the footsteps, and an oily goo that would occasionally appear on the walls and drip from the windows (compare this with the ectoplasm of spiritualist sessions from yesteryear, which was later retrofitted for the popular Ghostbusters films). But the most telling of the various phenomena the family observed had included one incident where the youngest of Ammon's children was said to have levitated in her bed, along with the later revelation that one of the children "walked backwards up a wall" and managed to flip over his grandmother as she tried to corral him, which was witnessed by a nurse at the facility where the incident occurred.

Due to the involvement of law enforcement, an area priest, Ammon's family doctor, and even the area DCS (who temporarily removed the children from Ammon's custody as the problem continued), there are a number of official documents that account testimony from individuals outside the family who managed to witness various phenomena which had allegedly been occurring. Still, while it is clear there was professional interest in the case, many people--including Ammon's doctor, who was permitted by Ammons to speak about the case, and subsequently release certain medical records pertaining to it--maintained that the source of the actual "haunting" had likely been psychological reinforcement of a religious beliefs, which were being projected onto the subtleties of the interrelationship between Ammons and her children.

For example, rather than to accept that one of the children may have been misbehaving, the clinical viewpoint espoused by professionals involved with the case was closer to an expectation, maintained by the child, that if they were behaving badly, they could perform a "demonic" role to draw attention to themselves, but nonetheless disassociate from the "reality" of what was transpiring. This behavior, in turn, further reinforced the belief of their mother, and through these interactions occurring over time, the belief was fostered that an external force was acting on the family; to be exact, it was said to be 200 demons accosting them, as proposed by a psychic Ammons had spoken with. 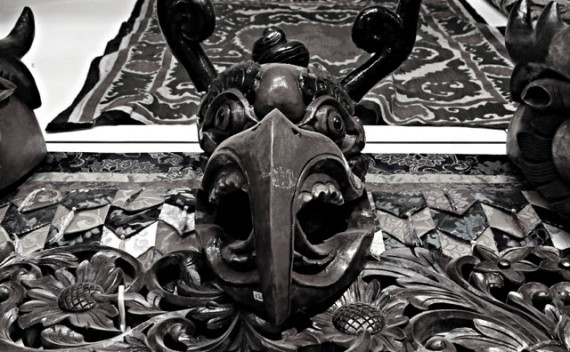 It would be telling if other residents at the home had suffered similar experiences at the hands of these vile demons, but that did not seem to be the case. Ammon's landlord confided that no previous tenants, nor those who came after Ammons and her children, described similar disturbances. However, in an unusual update about the present occupation of the home, it was reported recently that Zak Bagans of Travel Channel's Ghost Adventures has purchased the property for $35,000, with hopes of conducting extensive investigations at this presumed "portal to hell," as the press has now begun calling it.

Certainly, some of the reports that have been filed in relation to the case are compelling, and point to there perhaps being something curious that had been happening with the Ammons family. Though admittedly, the stories reported by the press in relation to the case have become increasingly dramatic; most recently, a tour of the former Ammons home that was written about by the British Telegraph purported that "satanic chanting" and the appearance of a "black monster" have now been added to the disturbances the family witnessed:

Throughout the hour-long film officers hear testimony of children picked up and flung against walls and furniture; of adults being ‘choked to death’ by some supernatural force; of a demonic form appearing in different shapes – the shadow of a man, a black looming monster; an apparition of a withered old lady with red eyes and hood; of a house that bled clear, odorless oil and of the household’s three children convulsing and chanting Satanic verses.

Surely there had been something going on with the family... but what was it? Is there a psychological element to all of this, and would that alone be capable of explaining the disturbances that others, including law enforcement and medical professionals, claimed to witness?