HAARP: Harmless Research Facility, or the Weapon to End All Wars?

For those who haven’t heard of it, the HAARP facility represents a project in atmospheric research – or more specifically, ionospheric research. The acronym stands for “High Frequency Active Auroral Research Program,” and the project operates out of a sub-arctic facility in Alaska; where it is co-funded by the US Air Force, US Navy, the University of Alaska and the USA’s Defence Advanced Research Projects Agency (DARPA).

The “ionosphere” with which HAARP concerns itself, is a layer of the Earth’s upper atmosphere ranging from roughly 85 - 600km in altitude. This portion of the sky includes elements known as the thermosphere, the mesosphere and the exosphere, which all share the common attribute of ionisation as a result of solar radiation. The ionosphere forms the inner edge of the Earth’s magnetosphere, and the highly charged, electric quality of this atmospheric layer means that it has a strong influence over processes such as radio propagation on the Earth’s surface. 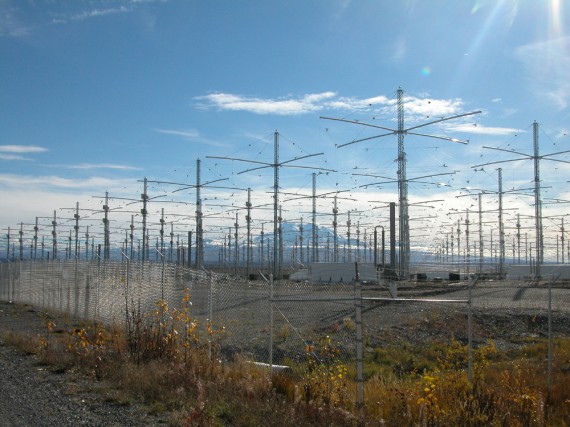 The stated aim of the HAARP project is to enhance global communication methods. By analysing the ionosphere, the scientists at HAARP are setting out to develop “ionospheric enhancement technology” which would have major implications for radio communications; finding and strengthening new ways of propagating radio wave signals around the whole planet by making use of this highly ionised atmospheric level.

The University of Alaska have also be quite transparent in sharing their hopes of using ionospheric research in order to develop new and improved technology for global surveillance systems... but before you worry that we’re tumbling headlong into an Orwellian nightmare here, don’t panic – they only plan to use it on the terrorists, they say.

The HAARP project has more than its fair share of critics, however – and more and more voices from both the civilian and academic communities are beginning to reason that communications technology is just the tip of the iceberg, when it comes to HAARP’s potential. 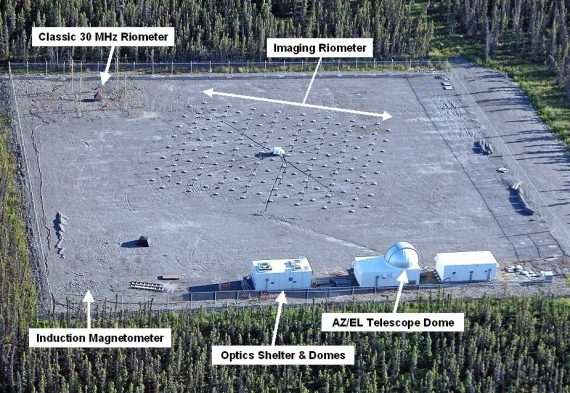 A full battery of future-tech tools are being developed at HAARP’s Alaskan installation – including high-power radio frequency transmitters, ionospheric sounding devices and UHF radars. Increasingly, critics are raising concerns that such an arsenal of ionospheric augmentation devices might have a disturbing potential for weaponisation.

In the same way that HAARP is advertised as a tool for improving radio communications, there are fears that it could be used to disable such networks – targeting specific locations on the planet to bring down electronic communications systems. Meanwhile, Scientific American recently ran a story in which it was reasoned whether HAARP had been responsible for disabling a Russian probe.

Another common concern is that such equipment could be used to manipulate the weather. Needless to say, if one nation on this planet had the power to control storms and tides, it would grant them a huge advantage in any hypothetical global combat scenario. Looking at it on a more short-term and immediate level however, the rumoured side effects of even testing such a technology are positively frightening. 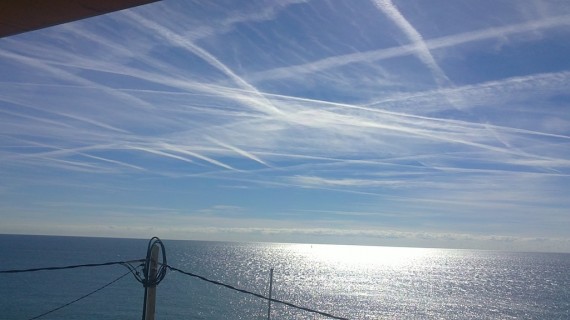 Sister Dr. Rosalie Bertell, a colourful character with notable contributions in the fields of physics, epidemiology and environmental activism, spoke out strongly against the HAARP project. Bertell, who was best known for her work on ionising radiation, warned: "HAARP is a gigantic heater that can cause major disruption in the ionosphere, creating not just holes, but long incisions in the protective layer that keeps deadly radiation from bombarding this planet."

There seem to be notable critics of the HAARP project in some very well respected positions, which for many raises concern over future research conducted at the facility. Some of HAARP’s most passionate criticisms however, come from those who believe that the damage has already been started. The theories of HAARP’s more extreme critics are broad, with some linking the project to droughts, earthquakes, hurricanes and floods; to plane crashes, space disasters and even Chronic Fatigue Syndrome.

One of the more notable theories links HAARP to the loss of the Space Shuttle Columbia on 1 February 2003. 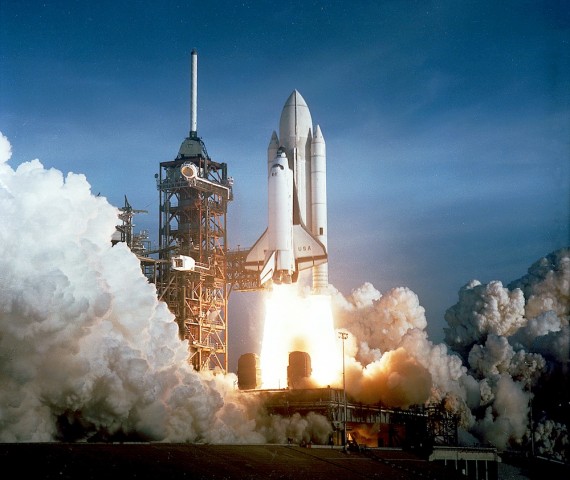 Flight STS-107 was a scientific data collection mission, the 113th flight of the Space Shuttle program, and it would prove to be the final flight of the ill-fated Columbia. After 16 days in orbit, all seven members of the crew would lose their lives when an accident led to the Columbia orbiter disintegrating during re-entry into the Earth’s atmosphere. An official investigation pinned the malfunction down to a damaged wing; a piece of foam that had broken off during launch, to play havoc with the shuttle’s thermal protection system components, which in turn led to localised overheating and systems failure during the all-important re-entry phase.

There are those however, who find the official explanation wholly unsatisfactory. Notably, the website Columbia’s Sacrifice has highlighted their doubts about the official enquiry, offering an alternative theory – that the Columbia was used as a kind of “target practice” for the HAARP project.

Their report describes HAARP as “a device that could possibly destroy the electronics of an aircraft, spacecraft or missile in the upper atmosphere.” While the site remains open to other explanations, it rejects the accuracy of the official story and posits that, “if any other source for such an EMP [electromagnetic pulse] effect exists it is currently unknown to this investigation.”

Adding further weight to the Columbia theory, the site relays information gathered by radio engineer Marshall Smith at The Brother Jonathan Gazette, an independent researcher and supposed expert on the technology employed at the HAARP facility.

Smith was monitoring the HAARP site on the day of the accident, and his log records, “that HAARP was operating in missile defence mode starting about 90 minutes before Columbia's re-entry and then for about 90 minutes afterward.” 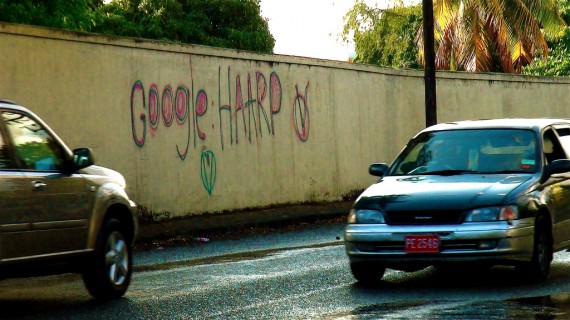 Of course, not all of the HAARP conspiracy theorists even attempt to offer a scientific basis for their ideas. At the more extreme end of the spectrum, there are even those who claim the project to be a tool of the antichrist, or a device intended for use in global mind control as a means towards laying the foundations for a New World Order.

While some of these ideas are more palatable than others, one thing is clear at least; the HAARP project is a tool the like of which this world has never seen before, and perhaps we are yet to understand the full extent of its power.