Have Researchers Cracked the Case for Past-Life Memories?

Does the human soul transcend the lifetime of the body it inhabits?  Do humans even have souls?  If we do, what happens to that soul after we die?

Big questions, such as these, require big answers.  And despite what some people want you to believe, these ones are far from being answered.  There’s good evidence on both sides of the line, depending on who you ask.  Philosophers have been scrutinizing these questions for millennia, and though science has long tried to enter this particular discussion, until recently scientific thinking hasn’t had much to add.

That’s all changed though, with research projects like AWARE, wherein Dr. Sam Parnia has been seeking evidence of Near-Death-Experiences by studying what happens to people, physiologically, when they die.  There’s also the neurophysical research of people like Roger Penrose and Stuart Hammeroff.  Their Orch-OR (Orchestrated Objective Reduction) theory, which tries to provide a description and explanation of the soul through quantum mechanics, is impressive, and is gaining support in the scientific community.

But there are so many aspects to these questions that one could spend a lifetime reading about the various theories, hypotheses, and ideas, and still not have a solid grasp on an answer for the questions above.

Related to this is the idea of past-life regression.  Many people confuse past-life regression, or PLR, with reincarnation, and while they seem related, they are quite separate ideas.  PLR is, in fact, the phenomena of recalling details, events and people, from what seem like previous lives lived.  This is where the confusion comes into it.  PLR sort of requires that one believe in a form of reincarnation, in that there must have been a previous life to remember, in order for there to be recall of events from it.  However, reincarnation doesn’t require PLR, and in fact, most schools of spirituality that employ a belief in reincarnation don’t hold any real position on PLR.

Past-life regression is most often facilitated through hypnotic therapy, often called hypnotherapy.  In fact the term hypnotherapy is often used synonymously to mean PLR, though this is incorrect.  It usually comes about through guided regression into childhood memories, sometimes as a part of serious psychotherapy, wherein the patient or participant enters a hypnagogic state and relays thoughts and memories to the therapist.  Sometimes these memories don’t conform to the participant’s current life, whether because of location, age, or culture, and are thus thought to be memories of a life lived prior to their current one.

It can also come about spontaneously, and often those kinds of past-life memories are disconnected and alien, and are difficult for the participant to reconcile with their own life.  There are many examples and stories of people who famously recalled places, experiences, people and things from their previous lives with shocking detail.  Children who recognise people they’ve never met, and know them by name…even children who seem to already know languages that aren’t native to their current family or region. 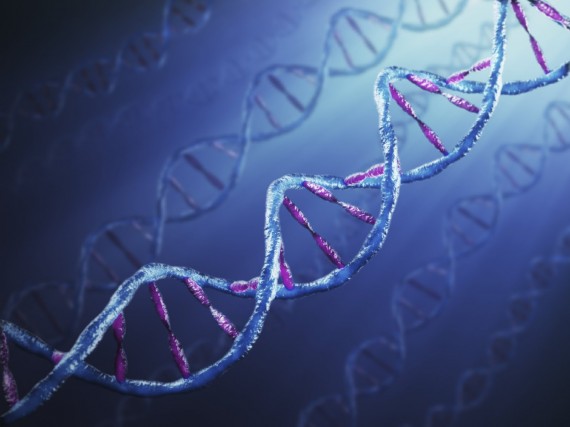 Traditionally, the skeptical crowd has viewed PLR as nothing more than hypnotically-induced delusion or confabulation (a manufactured memory brought about through manipulation or leading by hypnotherapists), commonly known as cryptomnesia.  It’s long been known that memories brought out through hypnotic regression are notoriously unreliable, as the participant is easily led through interviewer bias, but the more skill the hypnotist possesses as an interviewer/therapist, the more reliable the results tend to be.  There’s also the issue of reincarnation being thought of as religious hokum not based in reality, but this sentiment may amount to nothing more than academic denialism.

According to recent research, however, PLR may not be as dependent on reincarnation as has long been thought.

Brian G. Dias PhD., and Kerry Ressler M.D., PhD. of Ressler Lab at the Yerkes National Primate Research Center in Atlanta, Georgia have discovered something quite interesting in their work with rodents.  As reported in December 2013, in the scientific journal Nature, Dias and Ressler have found that memories can be inherited.

What they did was, using mice, demonstrate that an aversion to a particular smell, in this case rose blossoms, was passed from the parent onto offspring, genetically, and that this inheritance was passed on for multiple generations.  More than that, they illustrated the genetic and neural changes that occurred in order to facilitate this inheritance.  In their paper, titled Parental olfactory experience influences behaviour and neural structure in subsequent generations, they detail how they managed to create a deep aversion to the smell of rose blossoms in mice.  They then examined the sperm of the mice and found that there had been changes to the genotype of the sperm, which, upon breeding, was expressed in the phenotype of the offspring as an inherited aversion to the same smell, even though the offspring had never encountered the smell before.

"The experiences of a parent, even before conceiving, markedly influence both structure and function in the nervous system of subsequent generations,"[1]

This phenomena has long been theorised to be possible, but this is the first time it’s been demonstrated in a lab and shown to have a definitive genetic cause.  The process is called transgenerational epigenetic inheritance, which refers to all types of influences that the parent’s life experiences can have on their offspring, from mutations caused by drug use, or exposure to certain environments, or even physical trauma. 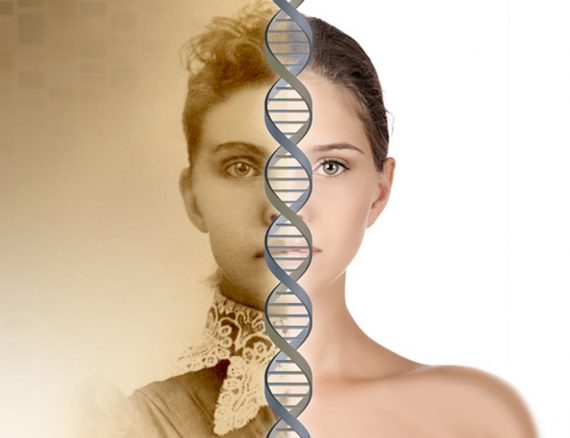 Other experts have commented on their results, suggesting that this process may explain apparently inherited phobias and other psychoses, as well as instinctual behaviour, but it’s not known how far this may go.

“Prof Marcus Pembrey, from University College London, said the findings were "highly relevant to phobias, anxiety and post-traumatic stress disorders" and provided "compelling evidence" that a form of memory could be passed between generations.

Are our parents passing on more than just their base instinctual fears?  Could they be giving us actual memories?  Conceptual, contextual glimpses into their early life, and the early life of their parents, grandparents and so on?  How far back might this genetic memory go?  It seems, in light of this ground-breaking research, that we might be that much closer to an explanation for past-life memories.  An explanation that doesn’t invoke reincarnation or the concept of the soul.

Not much is known about how memories are formed and maintained in the human brain, but everything that goes on in our bodies is the product of a set of genetic rules expressed against our living environment.  And the argument between nature and nurture, which is essentially the argument between the genotype and the phenotype, has now gotten that much more complicated.  We still don’t have any answers, but with this ongoing research at hand, we’re getting there.