High Conspiracy and Occultists Afoot at the Super Bowl?

If there is one thing that many would assert about culture in the Western World today, it is that hardly any element of the seemingly everyday is free of  the corrupting influence of conspiracies and secret societies. While this is undoubtedly true, to some extent, there is also a lot that is inferred by writers and researchers who are keen on spotting arcane elements within the modern everyday, who perhaps push the boundaries between what "really is"... and what simply isn't.

We've seen these sorts of claims in a variety of areas lately (in fact, it would seem that the media is actually rife with them). At the Grammys just a few weeks ago, there were the allegations of "witchcraft" and esoteric symbolism being employed during a performance given by Katy Perry. We've seen it in Hollywood just as well, with a variety of far-out theories being offered as to the esoteric elements and occult symbolism interwoven within the imagery and plot lines of films like The Dark Knight Rises, among others.

And of course, this year's "Big Game" is also supposedly chocked full of similar symbolism and occult knowledge, being offered forth throughout the game itself and, in particular, the Half-Time show. Similar allegations have appeared each previous year as well... but were there really elements present at this year's "occult" Super Bowl game that are worthy of further inquiry?

The answer to that last question is probably more a matter of opinion than anything, and it is certainly a viewpoint that has been espoused recently by comedian and conspiracy theorist Mark Dice, who recent videos have appeared at the popular hub for all things conspiratorial online, Alex Jones' InfoWars website. In his most recent video, Dice gives a breakdown of all the occult elements present during the Super Bowl Half Time show, ranging from triangles and symbols, to the appearance of themes such as Crowleian "Sex Magick" in the music (and album titles) of the Red Hot Chili Peppers' catalogue.

Below is the video, where you can see for yourself some of the themes that Dice highlights in his analysis:

Dice calls the Half Time show "just one big Sex Magick promotion," arguing the obviously occult elements portrayed in Bruno Marrs' featured song, "Locked Out of Heaven." Over at The Wire, a breakdown of Dice's breakdown was featured earlier today (which is well worth looking at, if only to see the image linked by a Twitter account labeled "The Illuminati" that purports to show a purple triangle emblazoned upon Broncos quarterback Peyton Manning's forehead). In the Wire piece, Dice's apparently derogatory remarks about female past-performers at Half Time shows are highlighted thusly:

Dice, and other conspiracy theorists, believe that pretty much every Super Bowl halftime show is a big Illuminati showcase/mass mind control event, but described this year as "a little more subtle"... This might be because Dice seems to have particularly strong words when it comes to female performers — his nicknames for Madonna are not very pleasant — making their performances more jarring for America's lead Illuminati watcher. 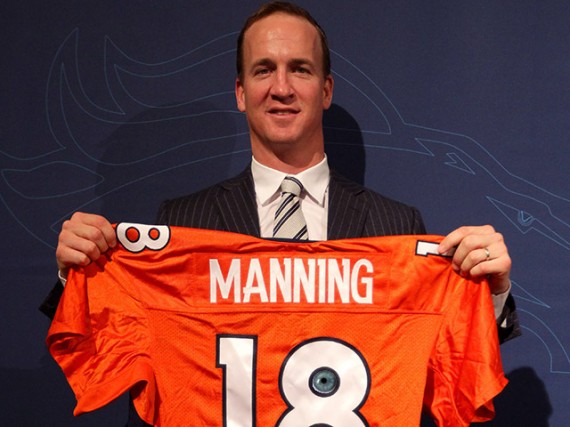 I think, however, that it's important to point out that, in addition to offering these conspiratorial viewpoints which many are obviously taking seriously, Dice is also known for the various pranks he pulls that often employ irreverent humor; one recent video featured online shows Dice approaching students at a California university, where he asks them to sign a petition that repeals the Second Amendment and presumably sends gun owners to concentration camps, where execution will await them (Dice's YouTube channel, featuring several of these videos, can be seen here). While the ease by which he is able to obtain the signatures is highlighted in the video, the intentional comedic approach is apparent just as well.

Dice managed to incite further anger online as he posted a video shortly after Philip Seymour Hoffman's death had been announced, where an audio track set to various images featured Dice speaking in a comical voice, and making tongue-in-cheek assertions about how the Illuminati had been behind Hoffman's death as well. Arguably, this was indeed in poor taste, but was nonetheless intended to be satire.

So how valid are the attacks agains Dice's claims of conspiratorial overtones at this year's Big Game? Dice, who refers to himself as an author and an activist, penned a book in 2010 titled, The Illuminati: Facts and Fiction, which appears to be a quite comprehensive presentation on the subject of secret societies and, in Dice's opinion, the presence of an organization historically known as The Illuminati which is still in operation today. Dice holds a bachelor’s degree in communication from California State University, and is described according to the bio with his book on it's Amazon product detail page as, "an expert on secret societies and conspiracies," one of whose gifts is "his ability to articulate esoteric mystical and spiritual ideas to those unfamiliar with such material. He is basically a media analyst, political activist, and author who, in an entertaining and educational way, gets people to question our celebrity obsessed culture, and the role the mainstream media and elite secret societies play in shaping our lives."

On a personal note, I loathe these "reviews" that seek to deconstruct the deconstructions of deconstructions of people's ideas and opinions, or even worse, those which seek to take a critical look at a person's ideas and opinions, employing more snark and attitude than any information of real intellectual merit. Thus, my purpose here is in no way to attack Mark Dice, but instead to observe which conspiratorial elements he has chosen to highlight recently, and see primarily whether attacks against his views are warranted (he notes that he has been attacked on numerous occasions, and many writers on this subject have been, in magazines that include Rolling Stone).

While I may not take all of Dice's claims seriously, he obviously does have an extensive knowledge regarding esoteric ideas and occult practices; but whether a clear parallel between such themes, and their use by, for instance, the Red Hot Chili Peppers, might be a bit of a stretch. But quite obviously, due to the humor he employs in his brand of "analysis," it seems pretty clear that many of Dice's views are going to be taken out of context, or perhaps just wrongly altogether, which is something I've experienced myself in the past (like the time one of my podcasts, Middle Theory, was linked by some of David Icke's followers with a supposed "Saturnian Death Cult," which my co-host Chris and I got a good laugh out of).

Obviously, the nefarious qualities we perceive in the world around us are subject to interpretation, at times, and based on one's individual knowledge of the world, it seems that inevitably going to be instances where commentators lash out at one another based on their own preconceptions about things such as culture, society, entertainment, and even occultism and the alleged symbols representing it.

Who knows... maybe the entertainment industry really is laced with heaps of occult iconography. Or then again, maybe not. After all, as the old saying goes, "sometimes a cigar is just a cigar," rather than evidence of a sex cult that is operating behind the scenes at every major televised event that airs on prime time television.

Bigfoot Hunting: The New American Pastime, Or Something Else?