Only a little more than a century ago, it was still quite common for there to be gatherings of small groups who joined with the intent and purpose of seeking proof of worlds beyond our own, primarily by employing "spiritual sciences" of mediumship and the occult. The spiritualist movement, as it were, while honestly intended, perhaps, also became a breeding ground for unscrupulous charlatans, and people willing to exploit the gullibility of those seeking confirmation of an afterlife for purposes of financial gain.

Of those spiritualists of yesteryear who so often sought to deceive the public with their claims of otherworldly abilities, there are many names that rise to the surface, within an already convoluted whirlpool of human action and intention. Mostly, the séance givers and soothsayers of the nineteenth century are viewed as having been frauds, but perhaps there were some cases which begged a second look; if not for the hope of some valid otherworldly prowess being exploited, then at least for the sake of resolving other issues that their activities might have highlighted.

This was particularly the case with the famous physical medium Daniel Dunglas Home, most famous for his alleged ability to levitate before groups of skeptical onlookers. Despite such extraordinary claims, there were other facets of Home's life which seemed to present cause for further inquiry; facets which clearly make his an unusual case among spiritualist mediums of the Victorian era. 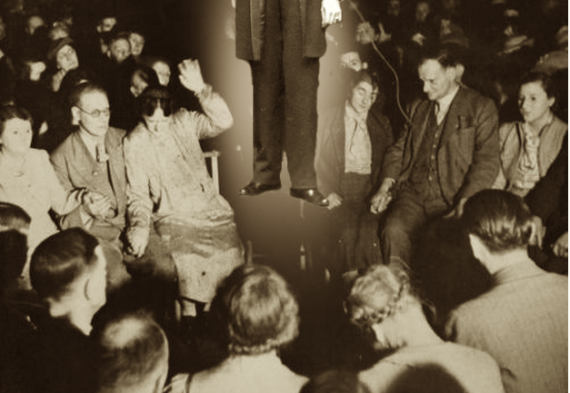 Biographer Peter Lamont had written of Home's earliest endeavors with the kinds of rapping and tapping popular among spiritualist settings of the era; however, these experiences, rather than being manifestations induced during a séance, were purported to be more akin to a poltergeist manifestation that occurred at the home of his aunt, Mary Cook, with whom he resided in the early 1850s. Ministers called to investigate strange knocking sounds emanating from around the house attributed the manifestations to Home, further alleging there to be a demonic infestation, which Home flatly rejected, believing his "talents" to stem from divine powers instead. In one instance, a table would begin to move seemingly by itself, prompting Mary to place a bible atop the piece, and attempt to prevent its turning with her own physical force, which it still purportedly resisted, as though by some unseen force.

The disturbances at the Cook home would lead to Daniel's exile, due the unwanted attention his apparent abilities had begun to draw. Soon, Home would begin pursuit of sharpening his spiritualist abilities, and by age eighteen had had already begun holding séances which, like many of the day, would also feature this table-turning trick, though more refined than what allegedly transpired previously in his aunt's home. Home was known to have employed the weight of four or five large men at his gatherings, whom he asked to sit on a table and attempt to restrict its movement, though of course, the turning of the table would always continue even beneath the added weight of several such participants. Such feats would garner him not only fame, but recognition among skeptical observers that included the Supreme Court Judge John Worth Edmonds, who would endorse what they felt was sincerity on part of Home and his abilities. 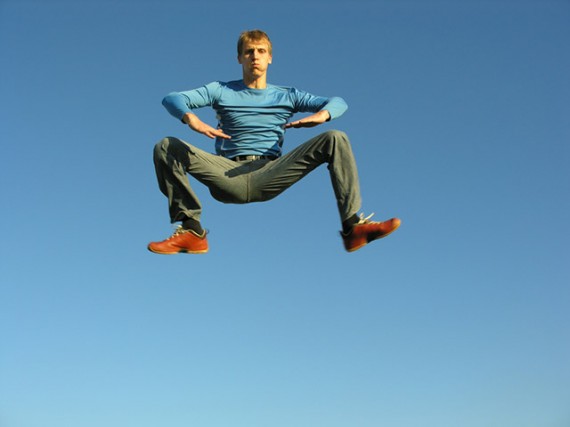 Home's most famous exploits, however, were arguably those which seemingly defied gravity itself. In one famous instance, it was claimed that Home managed to levitate before a group of several onlookers in the home of Ward Cheney, a silk manufacturer in South Manchester, Connecticut. Home would document this feat himself in his book "Incidents In My Life," which was said to have taken place when he was just nineteen years old; while the claims were never refuted outright, participants nonetheless maintained that, due to the minimal lighting in Cheney's home that night, it was difficult to determine conclusively whether Home had truly lifted to the ceiling and levitated there, amidst all manner of loud knocking and table-thumping that had apparently coincided with this eerie effect.

Of course, there were probably as many detractors during Home's life as there were people who admired and professed genuine psychical abilities underlying his feats. Noted performer and skeptic Harry Houdini, while still critical of Home's claims, called him "one of the most conspicuous and lauded of his type," and a "forerunner of the mediums whose forte is fleecing by presuming on the credulity of the public." Poet Robert Browning, another of Home's more virulent detractors, had been less kind with his honesty than Houdini, saying that Home "was a cheat and [impostor]." His attitudes toward Home were further articulated at great length in Browning's poem Sludge, the Medium, which bore a number of critically satirical passages such as this one:

Victory! All your circle ’s yours again!

Out of the clubbing of submissive wits,

Every protrusion of a point ’s filed fine,

All ’s fit to set a-rolling round the world,

And then return to David finally,

Poor David ’s pledged to! You ’ve employed no tool

That laws exclaim at, save the devil’s own,

Yet screwed him into henceforth gulling you

To the top o’ your bent,—all out of one half-lie!

Arguably though, the supposed "mystical" abilities Home exhibited may not have been the essence of his prowess. Home had been renowned for his humble nature and charm, never accepting fees, but always graciously inviting donations, accommodations in the homes of the wealthy and noble, and other such provisions which helped him find his way to living a very comfortable existence. His charm and wit often drew the attention of both members of the sexes; Queen Sophia of the Netherlands would describe his appearance (shortly after falling ill with the contraction of tuberculosis) as follows: "He himself is a pale, sickly, rather handsome young man but without a look or anything which would either fascinate or frighten you." Viscount Adare, the Fourth Earl of Dunraven had similarly written of Home, claiming later in his life that they had shared a bed on at least one occasion, and despite both men having married in their lives, many have asserted that there were homoerotic undertones in Adare's recollection of their exchanges.

Andrew Lang wrote in his essay, The Strange Case of Daniel Dunglas Home, about the almost anomalous way in which Home conducted himself throughout life, and more importantly, the wealth, acceptance, and even romance that it managed to bring him:

For his mysterious 'gift' he might be invited to puzzle and amuse royal people (not in England), and continental emperors, and kings. But he did much more than what Houdin or Alexis, a conjuror and a clairvoyant, could do. He successively married, with the permission and good will of the Czar, two Russian ladies of noble birth, a feat inexplicable when we think of the rules of the continental noblesse. A duc, or a prince, or a marquis may marry the daughter of an American citizen who has made a fortune in lard. But the daughters of the Russian noblesse do not marry poor American citizens with the good will of the Czar. By his marriages Home far outwent such famous charlatans as Cagliostro, Mesmer, and the mysterious Saint Germain the deathless. Cagliostro and Saint Germain both came on the world with an appearance of great wealth and display. The source of the opulence of Saint Germain is as obscure as was the source of the sudden enrichment of Beau Wilson, whom Law, the financier, killed in a duel. Cagliostro, like Law, may have acquired his diamonds by gambling or swindling. But neither these two men nor Mesmer, though much in the society of princes, could have hoped, openly and with the approval of Louis XV. or Louis XVI., to wed a noble lady. Yet Home did so twice, though he had no wealth at all. 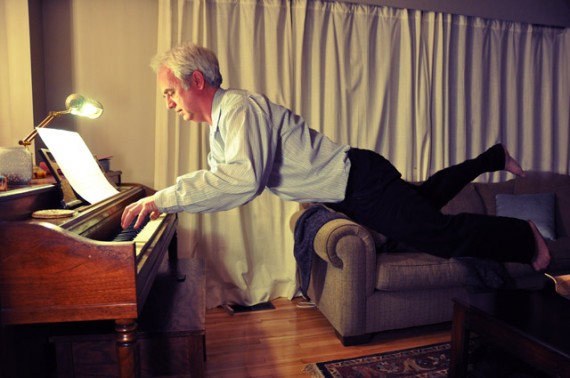 Again bespeaking the level of Home's charm, in a well publicized incident that took place in 1866, Home was awarded a sum of £60,000 by the wealthy widow Jane Lyon, who had publicly "adopted" Home as her own. Apparently, Lyon had instead hoped that by doing so, this would further gain her access to higher society through association with Home (it is unclear, however, if there might have also been hope of any kind of closeness to Home himself that might have resulted from the "adoption"). Either way, the situation soon turned foul, and the Widow Lyon sued Home for a return of the full amount, further claiming that it had been his spiritual abilities that caused her to do so in the first place! Home lost the case, and thus, the £60,000 just as well, but not his dignity; it was said that Home suffered no failures in reputation among his high society friends as a result of the affair.

At the heart of any argument regarding spiritualism, especially when viewed from the more rationally discerning position, the question is often less one of whether a person deals in actual powers, and more a case of whether they possess the charms required to sell belief in their prowess to a demanding public. Quite arguably, it may have been Home's demeanor which not only allowed him to sail unchecked into an otherwise elitist harbor, so to speak, and be readily accepted; it further inspired those who knew him, in all likelihood, to maintain the veracity of his spiritual gifts. In effect, Daniel Dunglas Home may well have employed his charm throughout life to such a great degree that the legend of his "otherworldly" talents, despite what his detractors would maintain, has lived on even into the modern era in some circles.

Indeed, charm and a pleasant demeanor can get you far in life... and for Mr. Home, it may have bought him far more than fame alone had done for many of his contemporaries.