Reports of Hitler’s Death Were Wildly Exaggerated, or Something

“You can believe it if you read it in the weekly ‘Midnight Star’,
“They're keeping Hitler's brain alive inside a jar.”

Rumors and conspiracy theories of Adolf Hitler escaping Germany at the end of the World War II have circulated since 1945. Apparently, Soviet Premier Joseph Stalin felt strongly enough about the rumors he told American President Harry S. Truman at the 1945 Potsdam Conference he believed Hitler escaped from Germany to South America. More people claimed to have seen the Führer alive and well directly after the war than saw Elvis after the King of Rock ’n Roll died in 1977 from an apparent drug overdose.

And that’s a lot of people. Long live the King, baby.

The official story of the end of World War II tells of the suicides of German Führer Adolf Hitler and his wife of one day Eva Braun. Two days before the Soviet Red Army had completely encircled Berlin, the longest surviving witness to Hitler’s final days, bodyguard Rochus Misch said in an interview that the Führer told his inner circle, “That's it. The war is lost. Everybody can go.” When the Soviets swarmed the Fuehrerbunker on 30 April 1945, Braun and Hitler were already dead; Braun by cyanide capsule, Hitler had shot himself with his personal Walther PPK 7.65mm. But before the Soviets could find them, the bodies had been taken outside, dumped in a shell crater, doused with gasoline and set on fire. Only bones were left for the Soviets. After discovering the remains were Hitler and Braun’s, the Soviets removed the bones and reburied them twice before storing them in Moscow.

Elvis Presley was ten years old at the time. That has nothing to do with Hitler’s death. I’m just saying. 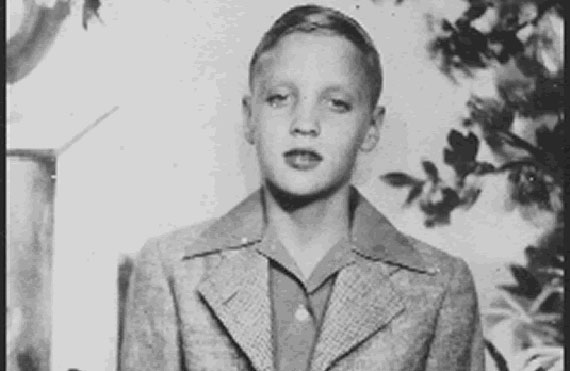 After April 1945 things get murky. Misch, who died on 5 September 2013, at 96, told America’s NBC News he lived in the bunker in close quarters with Hitler and knew the German leader had died.

However, there is some debate on whether those remains are actually Hitler’s. In 1999, Professor Michael Perrier of the University of Lausanne, Switzerland, claimed that when he compared dental X-rays of Hitler’s skull to the remains in Moscow, they were close enough to convince him the remains were, in fact, Hitler’s. However, Nick Bellantoni of the University of Connecticut, conducted DNA tests on the remains in 2009 and concluded the jawbone and skull stored in Moscow were those of a woman between the ages of 20 and 40. Braun was 33, and Hitler, presumably not a woman, had just turned 56. Although the skull matched Braun’s age and sex, it showed a bullet wound, and according to eyewitnesses, Braun had not been shot.

For decades, rumors have persisted that Adolf Hitler escaped Germany in the final days of the war, and found refuge in Spain or South America. A recent book by best-selling author Jerome Corsi, “Hunting Hitler,” claims the United States government helped the German leader escape. The 2012 documentary “Hitler in Argentina,” by Israeli filmmakers Noam Shalev and Pablo Weschler, allege Hitler died there in 1965. The 2011 book, “Grey Wolf: The Escape of Adolf Hitler,” authors Simon Dunstan and Gerrard Williams say Hitler and Braun’s suicides were faked, and the newly-married couple left the Fuehrerbunker, made it to a runway, and left Germany on a Junkers-52 transport aircraft.

All these routes led to Argentina, and as early as 21 September 1945, America’s Federal Bureau of Investigation began to look into the case. FBI records released through the Freedom of Information Act show the bureau responded to reports of a man who “claims to have aided six top Argentine officials in hiding Adolph (sic) Hitler upon his landing by submarine in Argentina. Hitler reported to be hiding out in foothills of southern Andes.” The man (name redacted from the FBI file) wanted immunity from being returned to Argentina in exchange for the information. 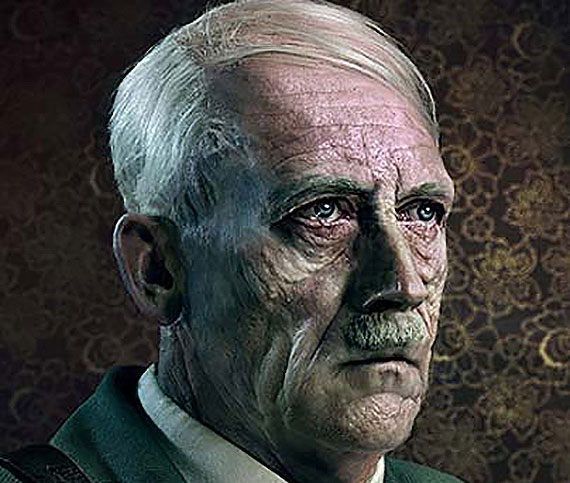 According to this informant, he was one of four men who met Hitler and a group of nearly fifty people, including two women, and a doctor, when two German submarines stopped along the tip of the Valdes Peninsula, which is in the gulf of San Matias, at 11 p.m. one night about two and a half weeks after the fall of Berlin. It took until dawn to unload the submarines and strap the group’s possessions to pack horses. The FBI’s source said the plans had been arranged by the German government and “six top Argentine officials.” The group was lead inland “toward the foothills of the southern Andes,” where they arrived at the ranch of a German family at dusk. Hitler’s group was to live with German families who had settled in a number of local cities, including San Antonio, Videma, Neuquen, and Muster.

After the Argentine officials paid the soon-to-be informant $15,000 for his part in the plan, he fled to America because “the matter was weighing on his mind and that he did not wish to be mixed up in the business any further.” The man added Hitler was ill, suffering from asthma, and stomach ulcers. The Führer had also shaved off his toothbrush mustache so he wouldn’t be as easy to recognize.

Then the informant disappeared. The FBI couldn’t find record of him through the Immigration and Naturalization Service, local police, or through their own search.

The Argentina claim wasn’t the only Hitler sighting the bureau looked into. Between October and November 1945, the FBI received information in the months after the war claiming Hitler was alive and well in New York City, Switzerland, on a ranch in New Mexico (this information came via a penned note from a Spiritualist medium), and back again to Argentina. A letter to FBI Director J. Edgar Hoover stated (with spelling, punctuation, and grammar errors unedited), “Hitler is in Argentina, He is liveing in a great underground establishment beneath a vast hacienda – 675 miles west from Florianopolis (Brazil); 430 miles northwest of Buenos Aires; and that ‘two doubles’ are there with Hitler. The western enterence to elevators leading to Hitlers new underground is a wall operated by photo-electric cells, and that by code signals of even dim flash lights, wall slides to left, lets Autos speed in, and instantly slides back into place. Do not believe the British lie that Hitler is dead I am A full blooded American and think this should be investigated at once.” The letter (name redacted) also claimed, “I canot davulg the mans name at present who gave me the news I have.”

On 5 November 1945, a man wrote to the FBI because his mother saw Hitler in workman’s clothes board a train on Houston Street (city name not on letter). 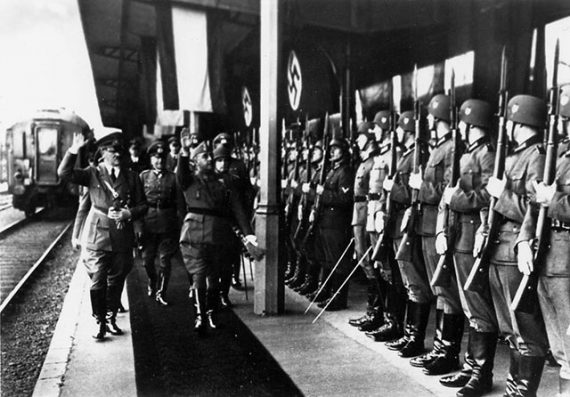 To fuel the fire of the “Hitler is alive” hypothesis, the Associated Press reported on 27 October 1945, that the French newspaper France Soir quoted Germany’s wartime ambassador Otto Abetz as saying Adolf Hitler, “is certainly not dead. (Hitler) was not a coward – I believe one day he will return.”

On 27 September 1947 the FBI received a letter that had been sent to an address in Germany that was purportedly sent by Adolf Hitler. The agent (name redacted) who sent a copy of the letter to FBI headquarters from the Oakland, California, bureau office, began with, “Gentlemen, perhaps you recall Orson Welles’ attack of the martians? I have a letter from Hitler in German that would multiply the sensation of Welles’ 100 times.” In the translated letter Hitler states, “No doubt it is well known that little has happened in my life that could be called laughable, but when at the time of the Russian attack on Berlin I found refuge in the basement of the Imperial Chancellery building, I was informed that my body and that of my wife Eva Braun had been covered with naptha and burned in the Chancellery garden. I could not help smiling for at this time we were many kilometers southwest of Berlin on our air journey to Argentina.”

Stories sent to the FBI about a man sitting with Hitler at a restaurant in New York, that the Führer was alive in Spain under the care of a doctor named Stahner, he was in Brazil, or Black Mountain, North Carolina, and was seen boarding a train on the Illinois Central Railroad line continued until 1950. At least that’s the extent of the files the bureau has released.

‘The After’ – Web Pilot Review