Astrid Lindgren is a name famous throughout the world as one of the foremost contributors to children's literature. Her popular book series, including 'Pippi Longstocking' and 'The Six Bullerby Kids' continue to sell by the millions even now over a decade after her death. Both this and her work for children's and animal rights have contributed to her being one of Sweden's most revered artists. A minor planet was named after her, a memorial sculpture erected in her home town and she will soon grace her country's 20 kroner note. She was also both the author of the book that was the basis of today's film and the screenplay writer of the adaptation.

'Ronja Rövardotter' or 'Ronia, The Robber's Daughter' in English translations was first published in 1981. Perhaps due in part to the peerless reputation Astrid had already earned for her earlier work, it took just three years for director Tage Danielsson's film to reach the big screen. Of course Scandinavia's own well-earned reputation for mastery of fairytales goes back much further, and 'Ronia' sticks well by this tradition, enveloping a relatively simple story in layers of warm characterization and breathtaking locations.

Dark castles, otherworldly creatures and folksy charm are all here in spades. The chances are that within the first few moments, when we open in Matiss (Börje Ahlstedt) and his wife Lovis' (Lena Nyman) castle on the evening of a wild storm and the impending birth of their daughter, you'll know if this kind of unapologetically old-fashioned storytelling is for you. A lightning strike cracks the stronghold in two, creating two separate castles with a large divide between the two, though parents, robbers and baby alike are unscathed. 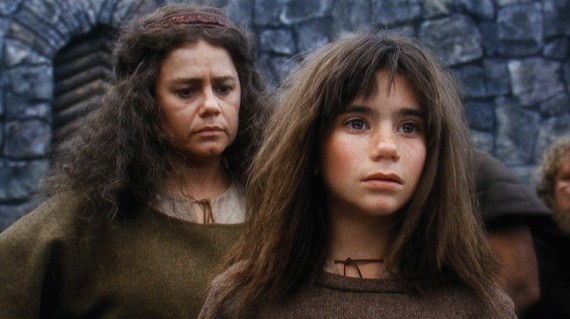 We skip forward ten years or so, when the child Ronia (Hanna Zetterberg, in her only starring role) is preparing for her first tentative exploration of the mysterious wilderness that surrounds her home. Her father Matiss - who we soon learn is, unbeknownst to Ronia, the leader of a band of rambunctious but generally surprisingly good-natured robbers - is understandably nervous and warns her of the many dangers that are out there. Witch-birds, a Hellmouth and the infuriatingly inquisitive Rump-Gnomes ("Varför? Varför?") are just some of the peculiar threats and distractions that, one-by-one, Ronia will come across - though her attention finally settles on matters far closer to home.

Matiss, it turns out, has a rival in the form of Borka (Per Oscarsson), another robber-leader who to Matiss' frustration has been plying their same unsavory trade in the woodlands nearby his home - which he considers to be his territory by default. His anger turns to fury however when it transpires that Borka has plans to move his clan into the castle on the other side of the divide. Matiss and his men begin to formulate plans to drive their unwanted neighbors out, though around this time Ronia runs into Borka's son Birk (Dan Håfström) who coincidentally (and it goes without saying, symbolically and not-too-subtley) was also born on the night of the great storm. At first the two children are antagonistic, spitting their father's prejudices at each other. Soon a touching friendship forms however, and in secret they grow to consider each other as siblings, both saving each other on multiple occasions from the perils of the woodland. 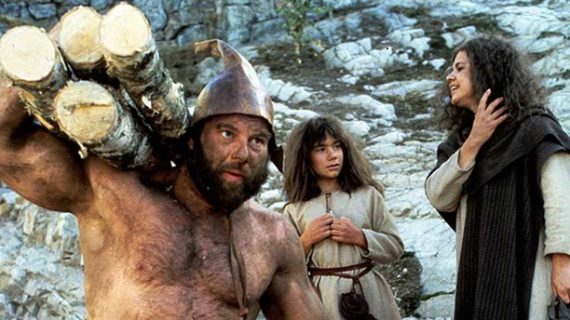 Over the following months the pair find themselves separated and reunited, both through the harshness of the winter weather and the mutual hatred of their parents, but when Matiss finally involves Birk in his efforts to rid himself of Borka, Ronia feels she has no choice but to stand her ground and confess to her friendship. Hard-headed Matiss considers this a traitorous act, declaring that he no longer has a daughter and so the two children decide they have no choice but to leave together, making plans to live in the woods free from their parents senselessly bitter rivalry.

'Ronia The Robber's Daughter' is a family movie in the best, and largely forgotten, sense of the term. Too often now 'family' has meant, with the obvious exceptions of Pixar and Studio Ghibli (who are at work on a CGI retelling of 'Ronia'), 'squarely and solely aimed at children' - something to be enjoyed by the younger and merely endured by the elder. 'Ronia', on the other hand, has something for everyone to enjoy and tells its age-old story with all the humor, warmth and depth that you could hope for.

The performances and interplay of the characters, even when your attention is divided between subtitles and the faces on screen, manage to resonate. Special mention has to go to Allan Edwall as the lovably shambolic Skalle-Per - take note, Hollywood: this is how you do likeable comic relief. 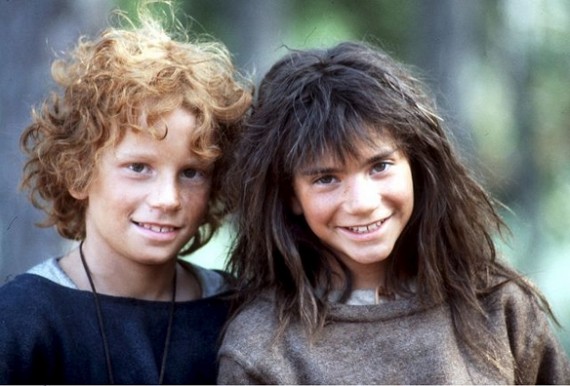 There is some content that parents may wish to screen before showing to younger children. There is one brief scene of nudity, played for laughs as Matiss' men are nagged by Lovis into cleaning themselves in the snow, and some bad language (the children and adults alike are fond of suggesting that their adversaries may have been born out of wedlock, if you catch my drift) though it could be argued that this gives the story and the families' conflicts a sense of welcome realism. Either way, 'Ronia The Robber's Daughter' is a brilliant tale, full of heart, hope and adventure - every bit as timeless and worthy of revisiting as the best of Lindgren's much-loved books.