Space Blobs: A Look at Jelly from the Stars

From time to time, there are strange reports of unidentifiable blobs that turn up unannounced in rather unlikely places, and despite their innocuous nature, in the past they have succeeded in arousing great interest in Fortean circles.

These presumed "space blobs" have been reckoned as being everything from industrial pollution, to the possible presence of exotic life forms in our midst.

In recent weeks, stories involving such alleged "space blobs" have been overshadowed by the story (and subsequent identification) of a stone on the Martian surface located next to the Opportunity rover, which according to most viewers seemed to resemble "a jelly donut." The official explanation, however, was that it was indeed merely a rock that was tossed up by one of the tires on the rover as it moved. This wouldn't prevent at least one lawsuit from surfacing, which alleged that NASA was overlooking possible evidence of alien life. 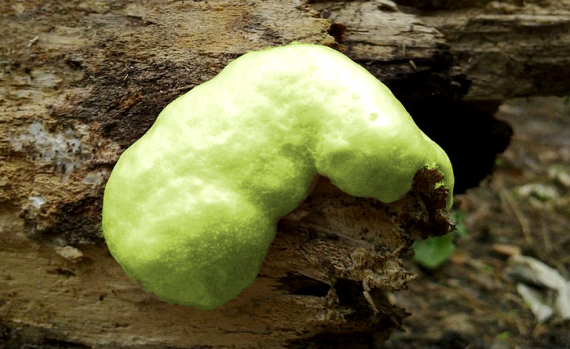 While the Martian donut may have little to do with whether strange biology may indeed exist out there on other worlds, the reports of space blobs, more commonly referred to as "star jelly", have compelled more than just a few researchers to consider what may really exist out there in our universe... or perhaps even closer to home. Is there an explanation for the earthbound star jellies of this variety, or do they truly represent a Fortean mystery in our midst?

The subject has, in truth, been very widely covered in the past. Going all the way back to 1678, John Dryden and Nathaniel Lee included in their translation of Oedipus how "the shooting stars end all in purple jellies." The following year, Dryden again made mention of jellies appearing in relation to shooting stars in The Spanish Friar, where he wrote, "When I had taken up what I supposed a fallen star, I found I had been cozened with a jelly."

Other writers including William Somervile and Sir Walter Scott would make obvious mention of similar themes in their writing, which linked meteors and "foul jellies" that were purported to have appeared on the spot where the shooting star struck the earth. But arguably, no famous writing on from the classic period would frame the subject more famously than Sir John Suckling, who wrote of star jellies the following famous verse:

As he whose quicker eye both trace
A false star shot to a mark't place
Do's run apace
And, thinking it to catch,
A jelly up do snatch.

The odd poem recounts essentially what is taken to be an old Welsh tradition of stargazing in the evening on spring nights, followed by what is interpreted as the discovery of varieties of fungus believed to be literal "star stuff" that had fallen from the sky. According to this interpretation of the legend, the Welsh term for the substance, essentially meaning "rot from the stars", was pwdr sêr. Kim Myatt, an artist of Welsh heritage, explained the proper meaning and pronunciation of this to me some time ago, noting that there are actually two varieties of the term in the Welsh language:

If taken solely in the context of the classic accounts of star jellies turning up in fields after meteor showers, the entire myth of pwdr sêr might be interpreted as yet another instance of folk beliefs growing around the observation of what were, at the time, unexplainable natural phenomenon. A correlation between the apparent discovery of "jellies" in conjunction with the observation of meteors streaking across the sky led to the notion that the two were perhaps connected, and hence the modern explanation for the pwdr sêr and pydredd sêr mystery. 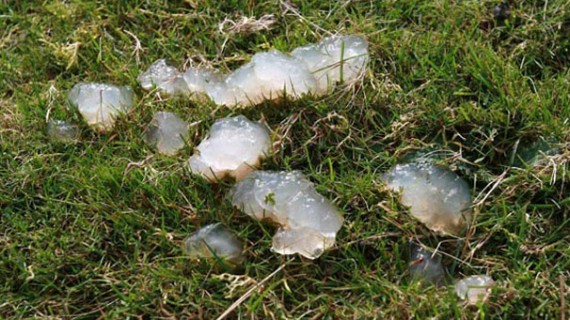 However, there are also modern counterparts, as hinted at toward the outset of this piece, which might point to something different. Well documented modern accounts of mysterious slime appearances date back to at least the late 1970s, and by the 1990s, there were a number of reports of what was typically described as white, yellow, or gray colored slime or jelly that had appeared in locations including middle Texas, North Reading, Massachusetts and the towns of Oakville and Everette in Washington. In one case that became peculiarly reminiscent of the early "star jelly" reports that appeared in conjunction with meteors, an Australian meteor sighting that took place on the night of November 3, 1996 near Kempton was followed by the appearance of white colored slime, discovered by area residents the following day, which appeared on a number of lawns and sidewalks.

Perhaps one of the strangest commentaries provided on the subject of space blobs and star slime was featured during a National Geographic presentation titled "Mystery Goo Rain." In it, microbiologist Mike McDowell had posited that tests revealed the presence of harmful substances which might be capable of spreading illness among those who had contact with the slime (specifically, he referred to pseudomonas fluorescens and enterobacter cloacae). McDowell cryptically explained that after his discovery, his samples disappeared, and that he was advised by his superiors not to pursue the matter. "This material was manufactured by someone for some purpose," he maintained, believing that a conspiracy aimed at testing the potentially lethal substance on an unsuspecting portion of the populace may have been underway.

Much like the study of UFOs, it seems that there are actually a variety of different sources for the apparent presence of jellies such as those described here, and that the phenomenon may not particularly be a thing of the past, despite the evocation of the old Welsh terms in reference to them. Whatever the cause behind the more modern cases of star jelly may be, there do appear to be a number of instances that involve a physical substance, and which at times may have been tested, but remaining elusive to clear identification. Are these modern "star jelly" substances really an engineered substance, as Mike McDowell suggested, and could some of them really present the potential for harm to those who encounter them?

What Happened to Harold Holt? The Disappearance of Australia’s PM